The Xiaomi Redmi Y1 and Y1 Lite went on sale exclusively on Amazon India and Mi.com for the first time in India today and in under 3 minutes, Xiaomi managed to sell over 150,000 units.

Both the phones were recently launched in India. The Xiaomi Redmi Y1 features a 5.5-inch display with a resolution of 720p with Gorilla Glass on top. The phone is powered by the octa-core Qualcomm Snapdragon 435 chipset clocked at 1.4GHz, coupled with either 4GB RAM and 64GB ROM or 3GB RAM and 32GB ROM, both of which are expandable via microSD card. On the back lies a 13MP f/2.2 camera with PDAF and dual LED flash. The front sports a 16MP sensor with LED selfie light. The fingerprint scanner lies on the back of the phone. Fueling the phone is a 3080mAh battery. 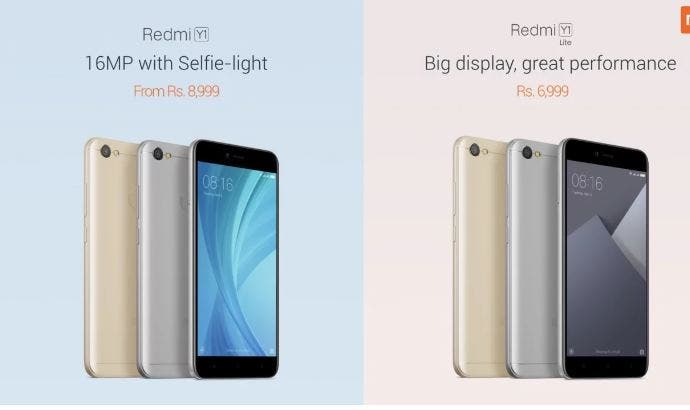 The Xiaomi Redmi Y1 Lite, on the other hand, while featuring the same specs as the Y1, features the Snapdragon 425 chipset coupled with 2GB RAM and 16GB ROM. Both the phones run Android 7.1 Nougat with MIUI 8 on top.

The next sale is happening on the 15th of November and apart from Amazon India and Mi.com, the phones are expected to be available via offline stores as well.

Previous A new render shows OnePlus 5T in all its glory