Today we got some fresh breaking news regarding the most anticipated November’s launch, The OnePlus 5T. A new leak just popped out courtesy of the guys at slashleaks showing a new set of pictures of the  upcoming OnePlus 5T with all its specifications and the retail box.

The shots come in high resolution, showing the smartphone design and also comparing its 6-inch display with other handsets like the Xiaomi Mi Mix 2 and the Galaxy S8. Also we can spot all the specifications looking at some pictures of what looks to be the handset user manual.

Judging by the leaked shots, OnePlus really did an amazing job in reduzing the bezels around the display, which resulted in a better screen-ratio for the OnePlus 5T in comparison with its earlier brother OnePlus 5. However, even with the new approach the bezels are bigger than other bezelless handsets like Galaxy S8 and LG V30.

The leaks also confirm one of the major speculations in the last weeks, the new placement for the fingerprint sensor. In order to expanding the display without compromising form factor and bezels size, the company decided to fit the sensor on the OnePlus 5T rear, appearing just above the OnePlus logo, as some previous renders suggested.

DashCharge also makes a comeback here, no surprise, specially after Lei Jun’s statement regarding their quick charge technology, that makes other charging methods or the trending wireless charge worthless.

This huge leak also reveals all the specs running inside the new flagship. As expected the Snapdragon 835 marks a comeback here paired with with the same 6GB or 8GB RAM and either 64GB and 128GB of onboard storage depending from the respective variant. As the first confirmation of OnePlus 5T said, the 3.5mm headphone jack is securely safe and present on the OnePlus 5T. Any charging-while-listening-music enthusiast? You got cover here.

The OnePlus 5T will sport an 6-inch FHD+ (2160x1080p) display with 18:9 aspect ratio, even with the bump in size, the flagship keeps the nearly same form factor of its predecessor with a 156.1 x 75 x 7.3mm. As mentioned before in order to fit the big display without compromising screen ratio, the Fingerprint Sensor was moved to the back, also there are no more capacitive buttons on the front and OnePlus 5T totally moves navigation to the on-screen buttons. 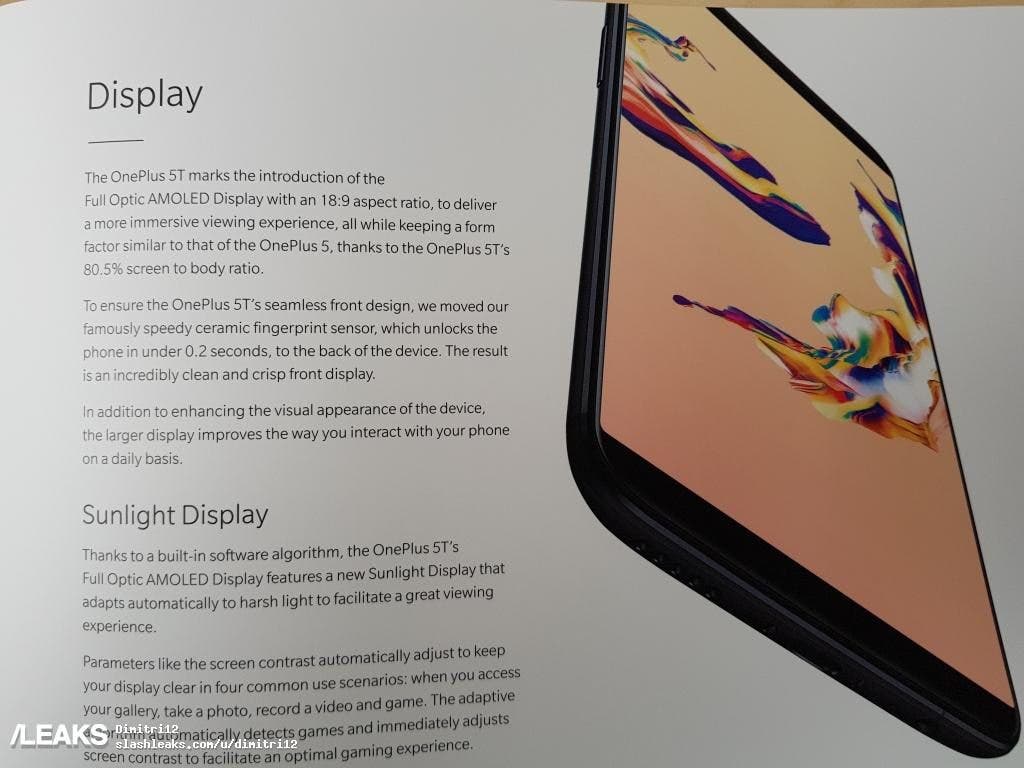 The Full Optic AMOLED display brings a new technology called Sunlight display that comes to improve the usability and adaptiveness over intense sun scenarios. The screen will also adapt depending from the application or feature you’re running i.e. accessing your gallery or taking a photo. The feature will automatically detect what you’re running in the handset and adjust the screen to fit perfectly.

Read Also:  OnePlus 10 Pro will be the fastest charging OnePlus smartphone to the date 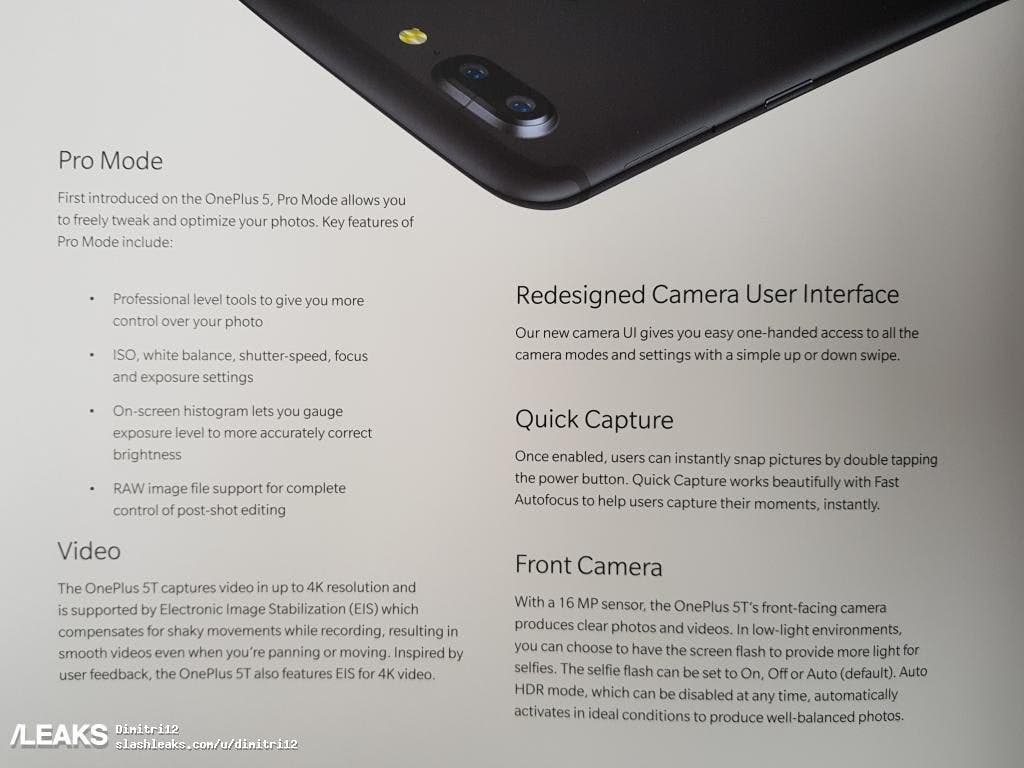 According to the company the OnePlus 5T will mark some improvements made in the camera performance and usability. With a smart mechanism that switch between sensors depending from the environment. 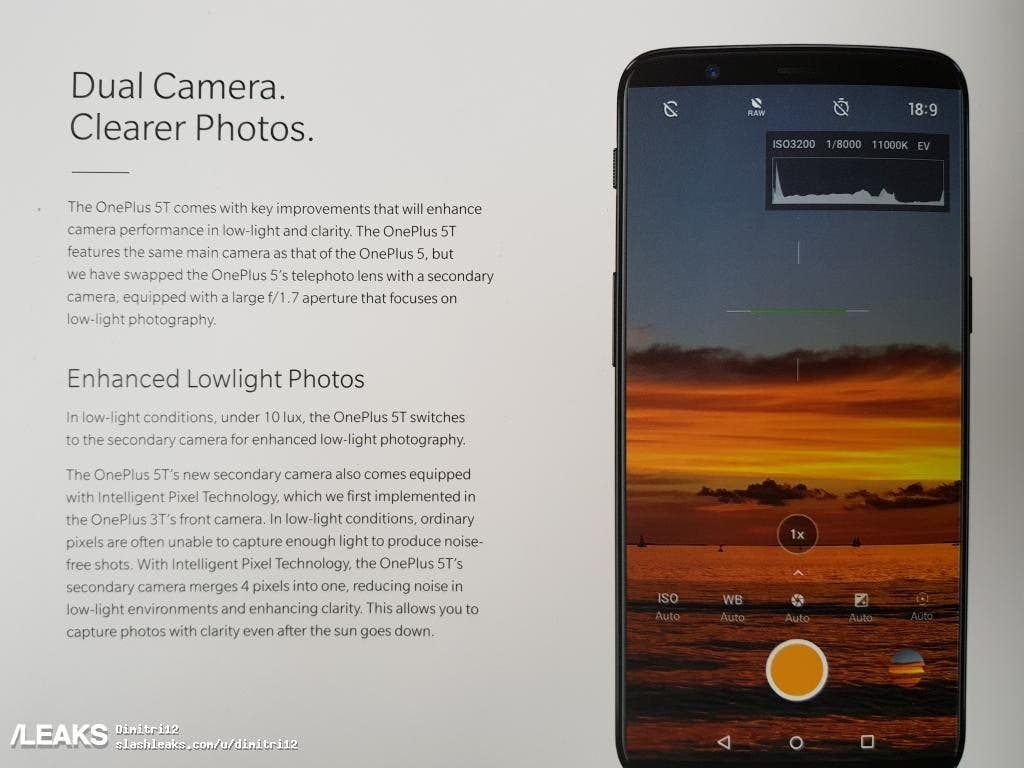 The OnePlus 5T also comes with a technology to take photos under low light condition. The feature called Pixel Technology works with the secondary camera sensor which in dark environments merge 4 pixels into one, reducing the noise and enhancing picture clarity no matter the available light. 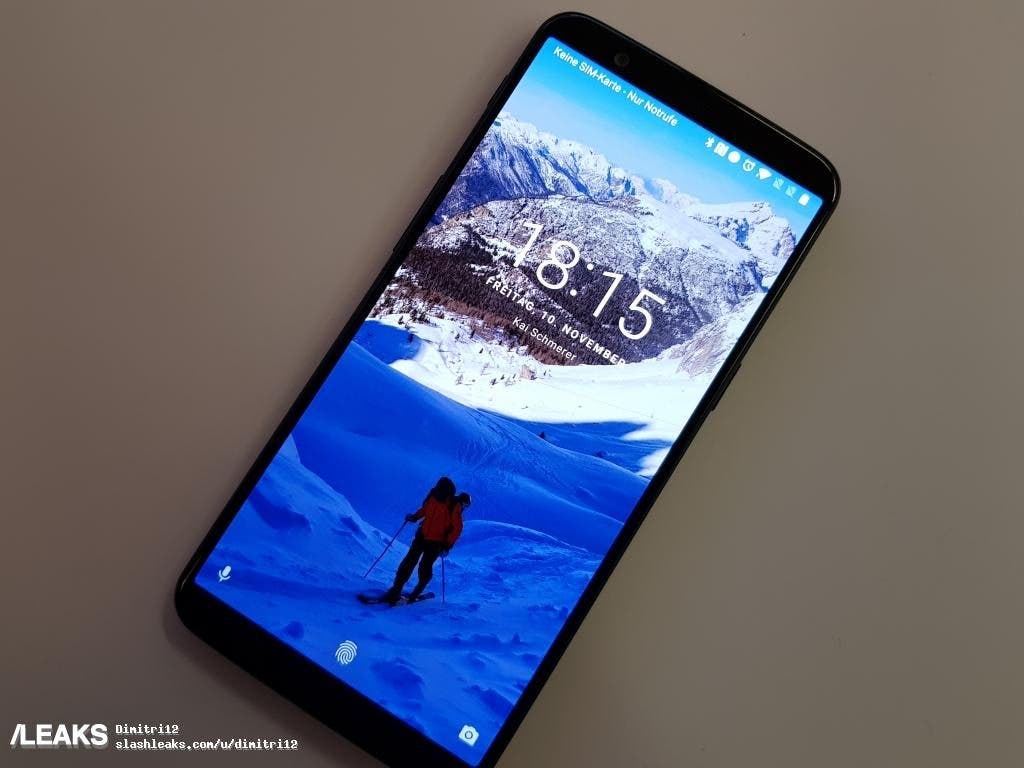 Something that may disappoint some people, is that the battery present in the OnePlus 5 makes a comeback here. Keeping the lights on we have the same 3,300mAh battery found on its predecessors. Sadly OnePlus 5T didn’t bring a bump in the battery like happened on the last year with the OnePlus 3T. But if you like the results of the OnePlus 5 battery, then the 5T may bring a close experience. 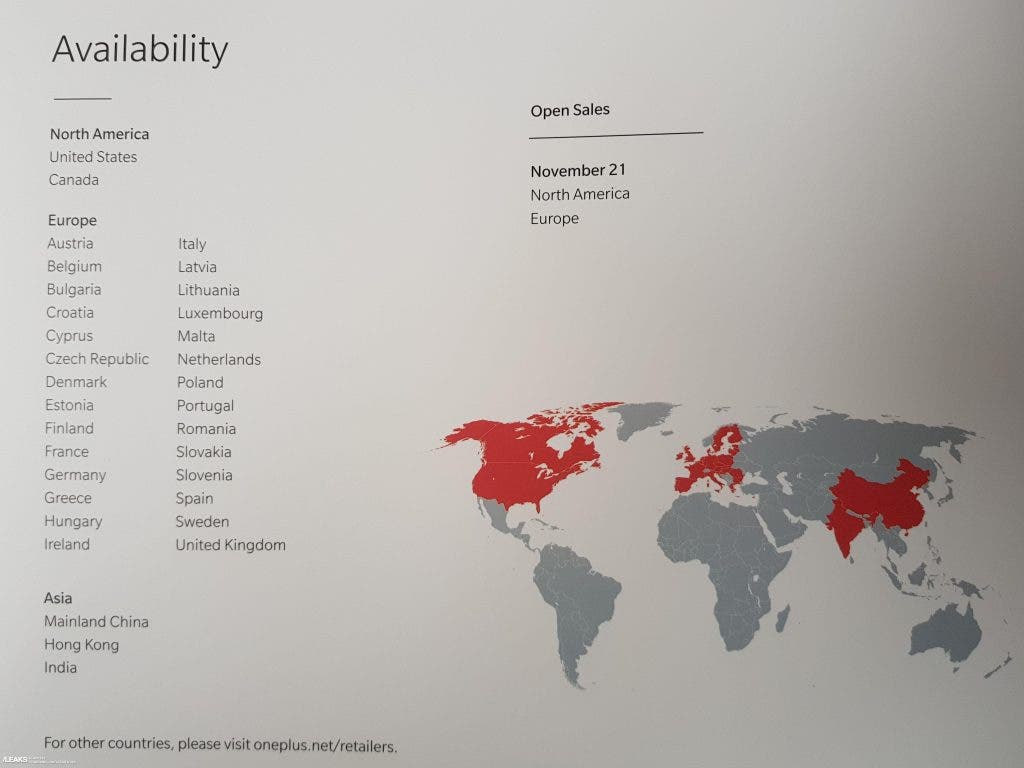 Lastly, we have a picture showing all the places where the flagship will land, 33 countries in total. The OnePlus 5T will be officially unveiled on next week, November 16. The handset will be available for open sales in the North America and Europe from November 21.

After this huge leak, which totally seems legit, there are no much remaining for the official launch with all the hype and anxiety meeting comfort. However we suggest you to not fully dive on this, and wait to see the whole details of the handset that will be fully reveled during the launch event.

So what you think about this leak? Someone will lose a job? We don’t know, but surely the web will boil on this on the next days. Did the OnePlus 5T impressed you? Or it disappoints? Let us know in the comments below.