Xiaomi, much like Samsung, HTC and Huawei has of late shown much commitment towards providing a wider color range for its fans to choose from. Aside from the special all ceramics white color Mi Mix 2, Xiaomi has in the past announced several color variants of its smartphones offerings. Now, more than one month after it first released the Redmi Note 5A, the company has now announced a light blue variant of the device at the same price point.

In terms of specifications, there is no change in the light Blue color Xiaomi Redmi 5A. It is made entirely of a plastic shell and comes fitted with a 5-inch 720p display with quad-core Cortex-A53 clocked at 1.4GHz Snapdragon 425 and boots MIUI 9 based on Android 7.1 (Nougat) out of the box.

On the camera front, the device features a 13-megapixel rear camera with PDAF, LED flash, while a 5-megapixel shooter sits at the front for selfies. It has a RAM size of 2GB and storage size of 16GB expandable up to 128GB, while a 3000mAh battery is charge of the power department. 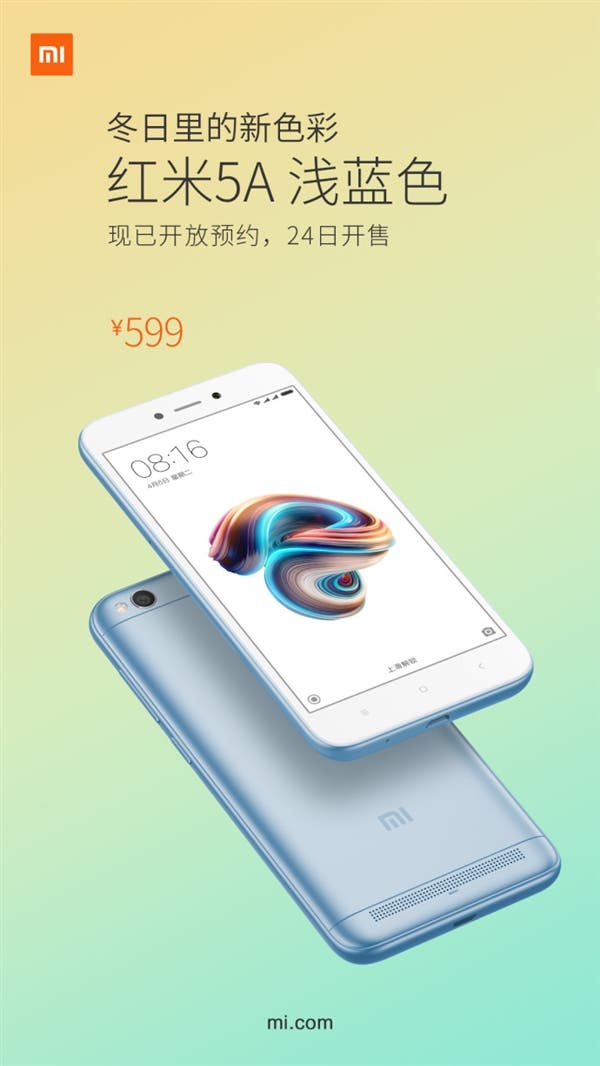 The Xiaomi Redmi 5A Light blue color variant is available for pre-order from today and will officially go on sale from NOV 24 at exactly 10 am at the same 599 yuan price point.