Today was a big day for Xiaomi, the company just opened its first flagship store at Shenzen. Among other things the event was a nice opportunity for the company’s CEO Lei Jung to unveil some future plans for the big Chinese.

During the event the CEO also took the opportunity to share some numbers, according to he the company already shipped more than 70 million of mobile phones generating a revenue of about $100 billion of Yuan in revenue.

In addition, the event was also the day which Xiaomi has chosen to unveil the Full ceramic white variant of the recent released Mi Mix 2. 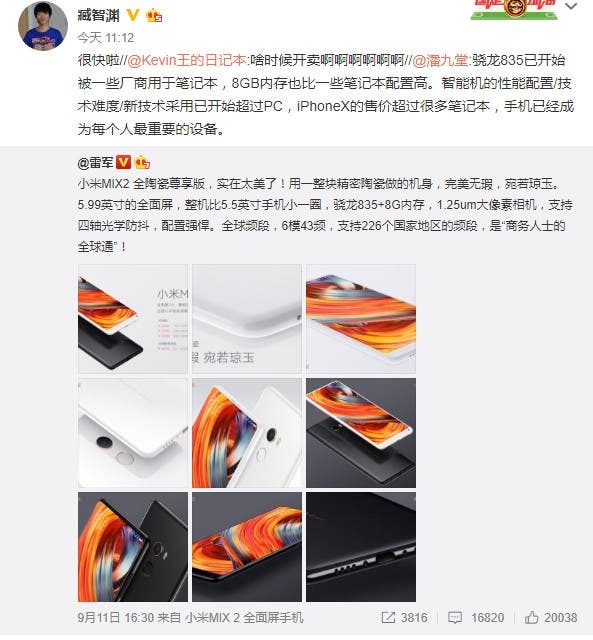 If you recall, during the September release the Mi Mix 2 was announced to come in two variants, a ceramic version with a mix of aluminum alloy and another full ceramic embodied variant.

The Full Ceramic White variant come with 8GB of RAM and 128GB of Storage, getting some differentiation for the standard 6GB and up to 256GB of storage standard variants. The horsepower is still ensured by the powerful Snapdragon 835. Worth nothing to mention that the ceramic embodied handset has passed through some several heat and resistance tests, according to Xiaomi it has passed with bells and whistles.

The Full Ceramic white variant can be bought through Mi Home stores and also in the Official Mi Website with a 4699 Yuan ($709) price tag.