Cubot is one of many China-based smartphone OEMs and during the past few years has managed to launch some really interesting devices that boast impressive standby times and all-in-all decent performance. The Cubot H3 is one of their latest creations and perhaps the best balanced device of their portfolio, (only) if you are on a “tight” budget. 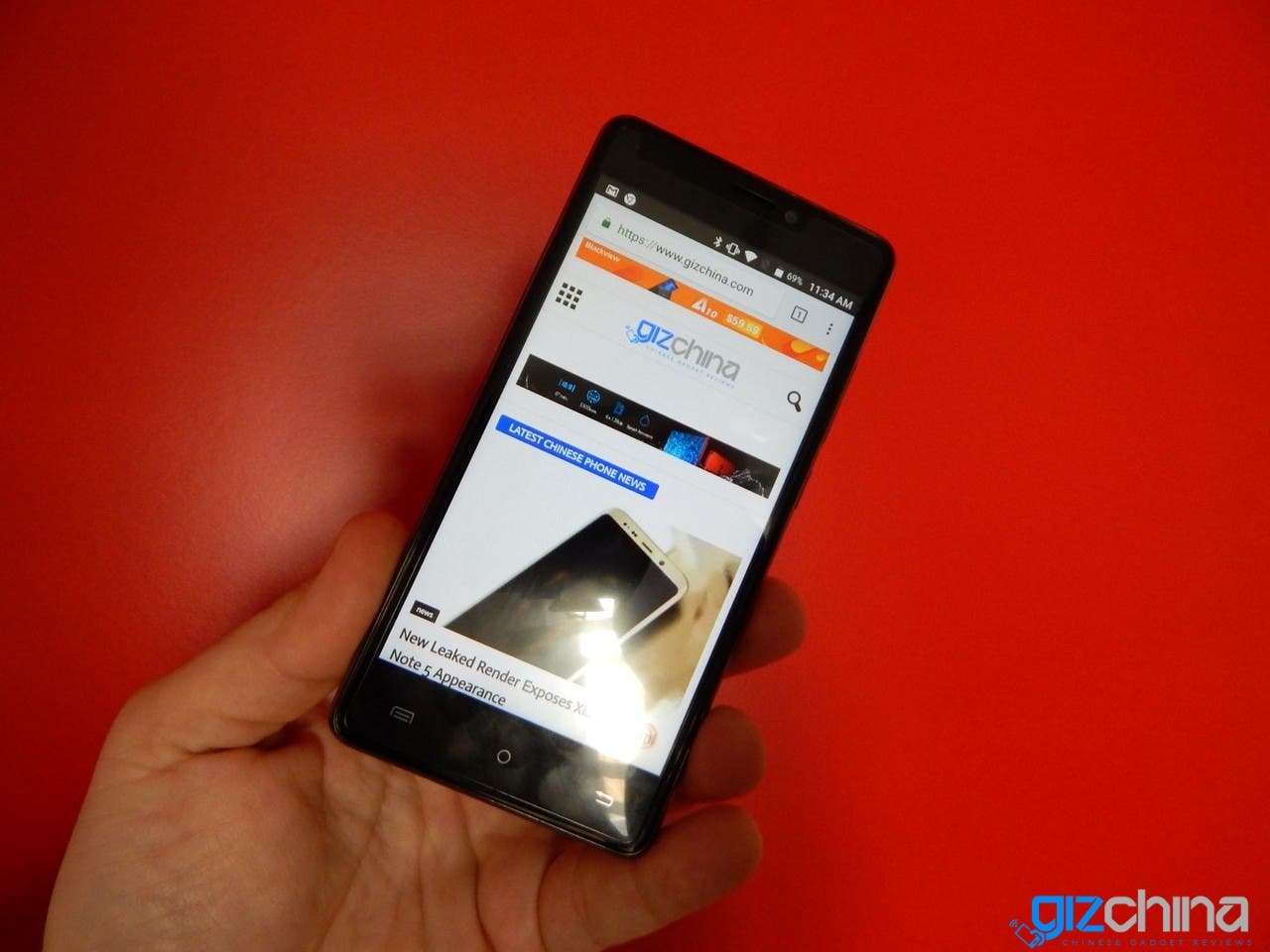 It’s one of the smallest (and cheapest) Cubot phones you will find out there and surely a phone that is ready to try its luck in the low-end segment of the market. Don’t think however that it has nothing to show for itself: our little friend here packs a HUGE 6000mAh battery inside, providing impressive stand by/talk time results that you will surely enjoy, while remaining at the same time low priced ($129,99), with decent everyday performance, no problems or mishaps. 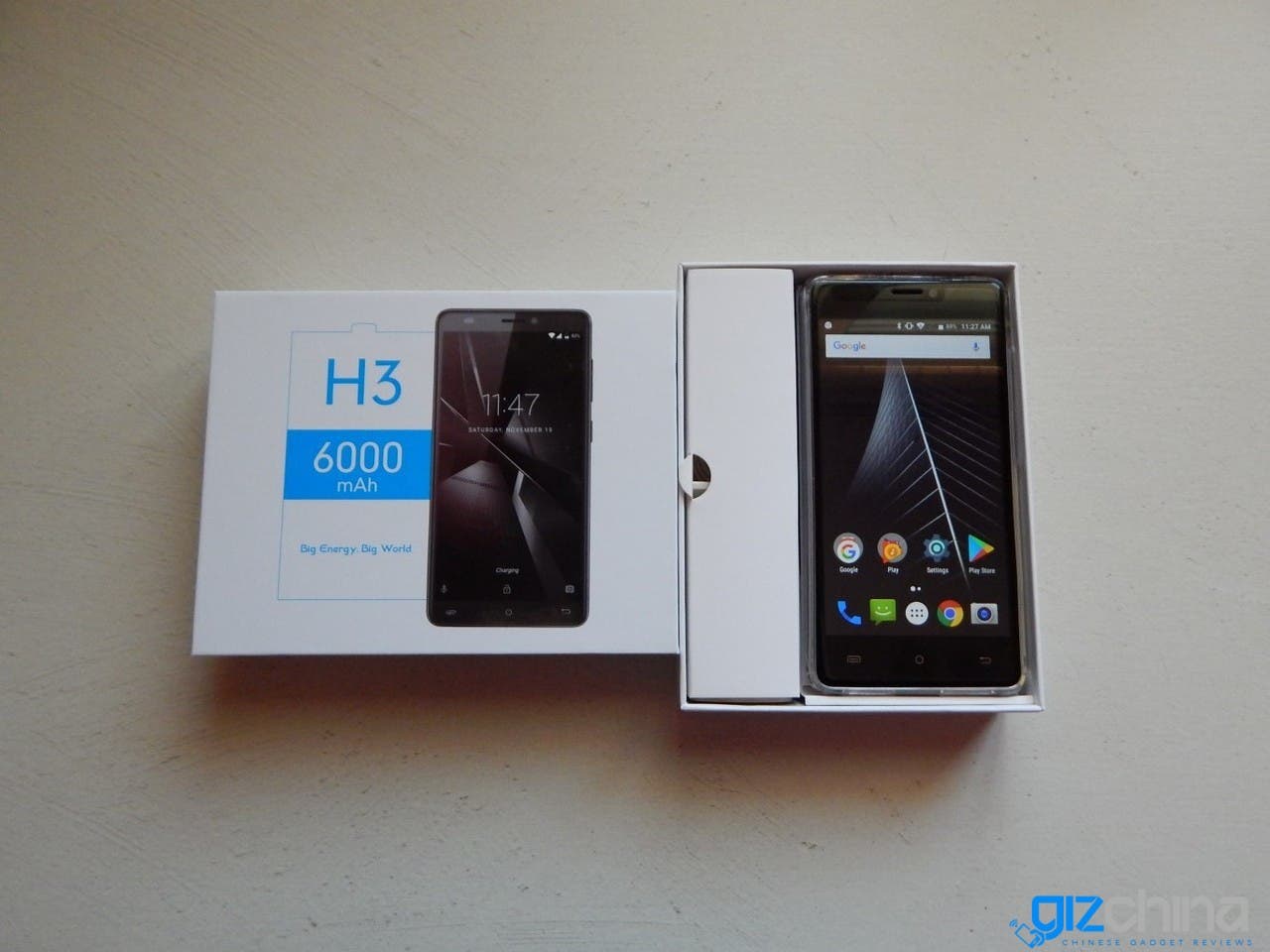 Let’s have a closer look on what this small “powerhouse” can do, OK? 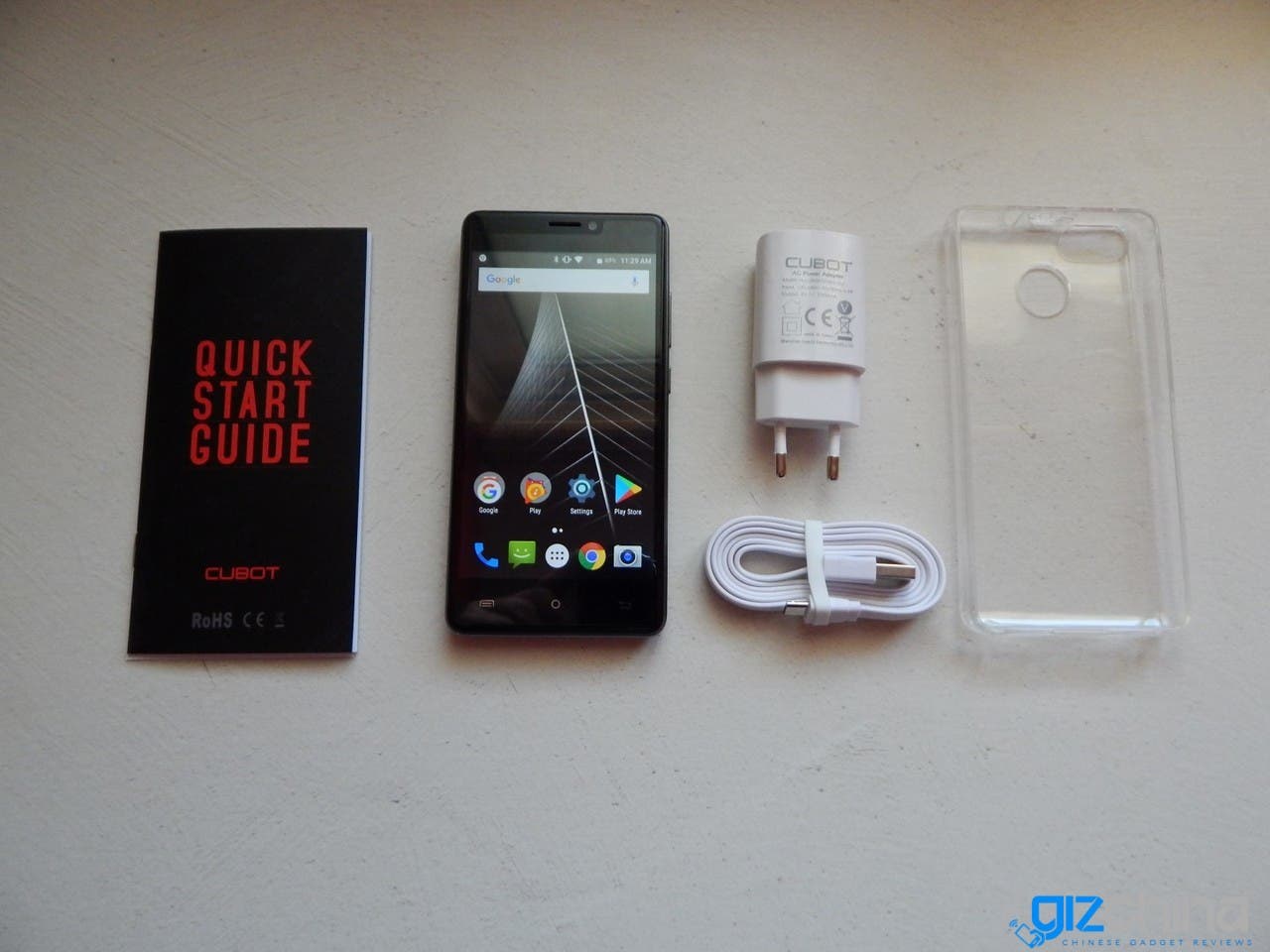 The Cubot H3 is a smartphone that seeks the balance of hardware, since its main feature is the size of the battery and not the performance. That is why it packs a 64-bit MediaTek MT6737 processor, with 4 cores and a speed of 1.3GHz. It is accompanied by a -really OLD- Mali-T720 MP2 GPU, 3GB of RAM and has an internal storage of 32GB, which can be extended with a micro SD card of up to 128 GB. 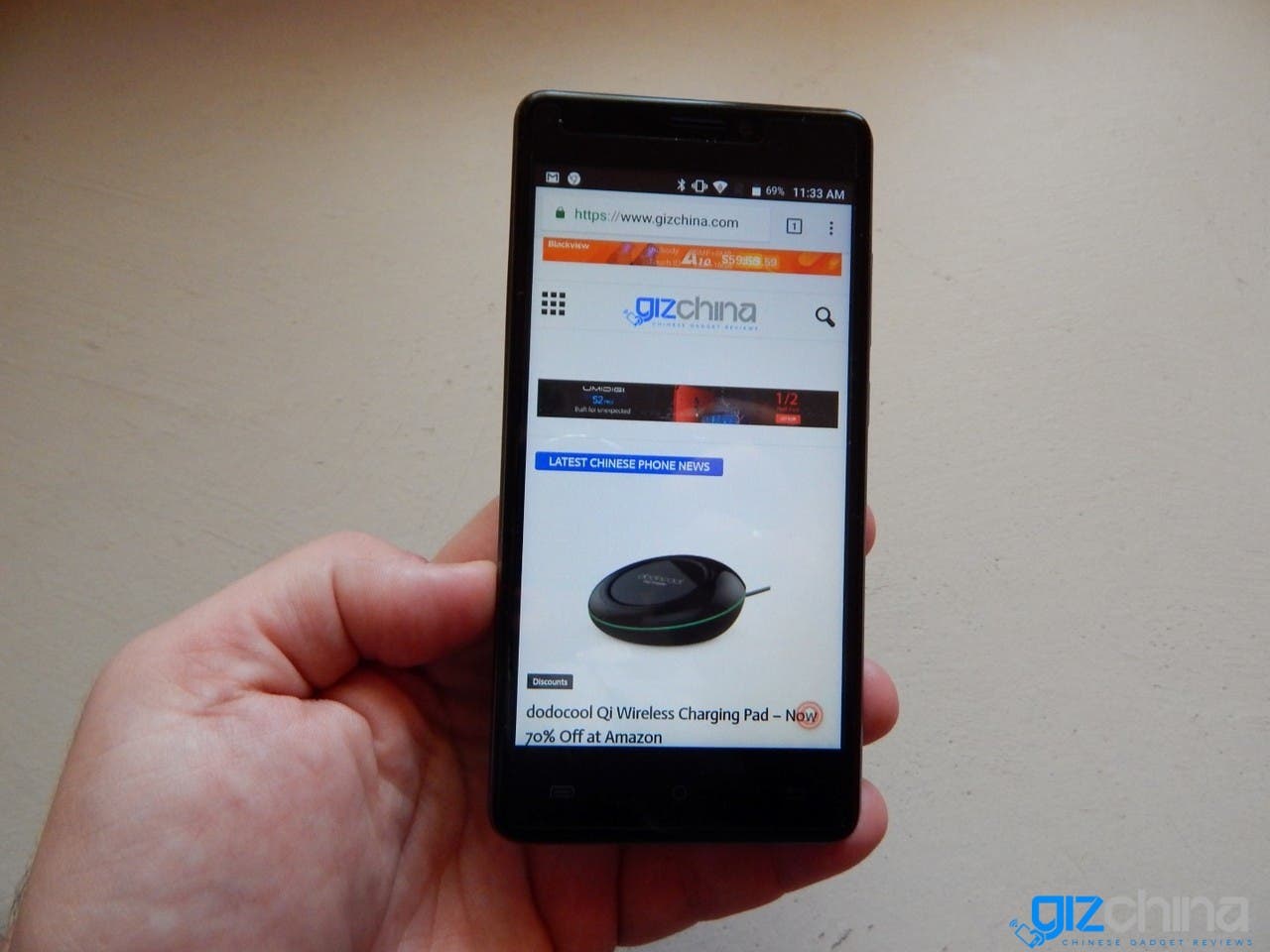 This hardware configuration, beyond the 3GB of RAM, is still limited, and although it will allow users to move a large number of daily applications with complete fluency, you may encounter certain problems in some heavy apps such as games and others that need greater processing power. 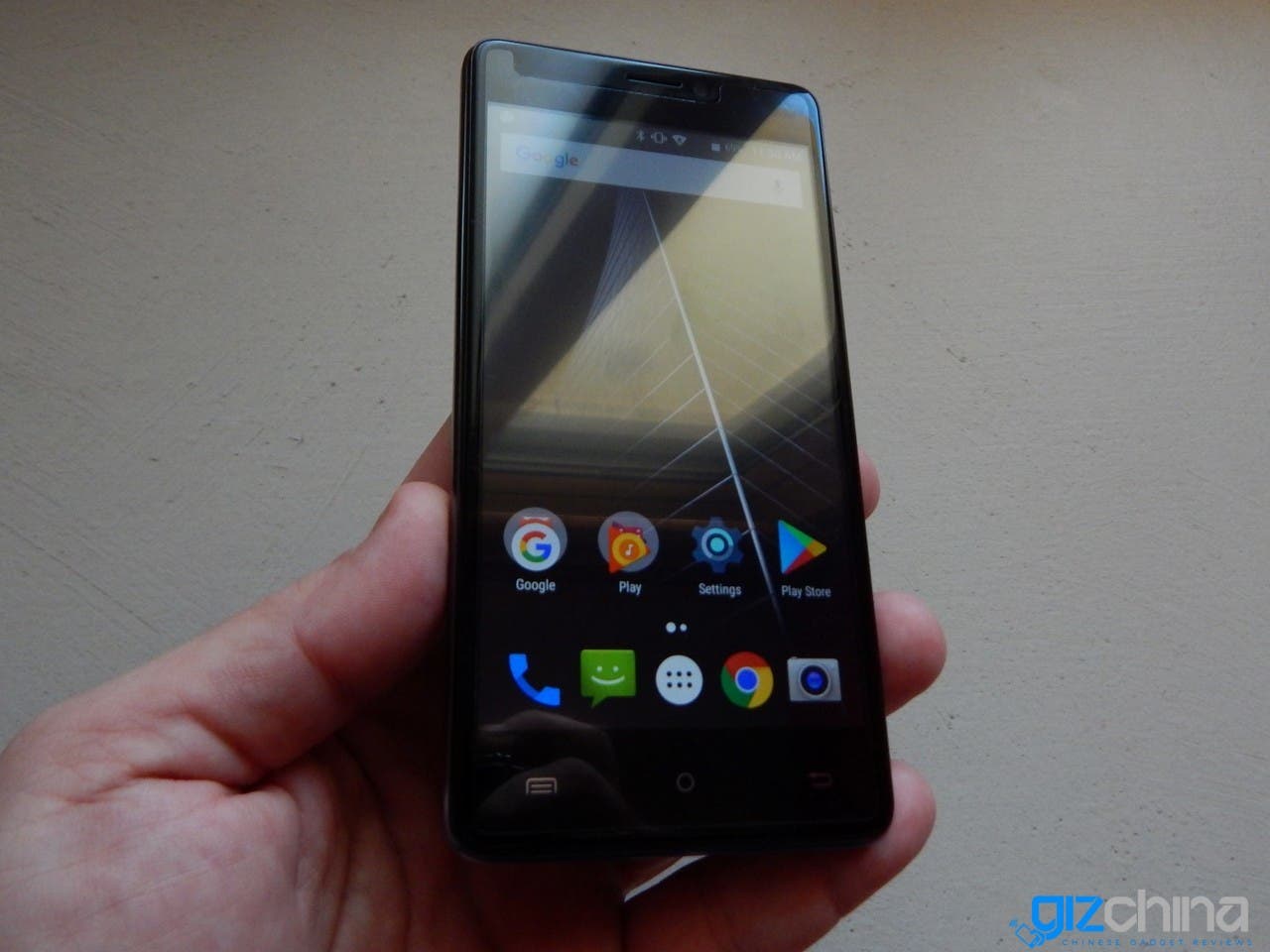 On the front there is a 5″ screen that has a resolution of 720P and for some people that may sound disappointing; Well it is to me as well, especially since its viewing angles could be much better. The screen can support up to 5 fingers multi-touch, so you shouldn’t have any problems typing or playing some typical games. 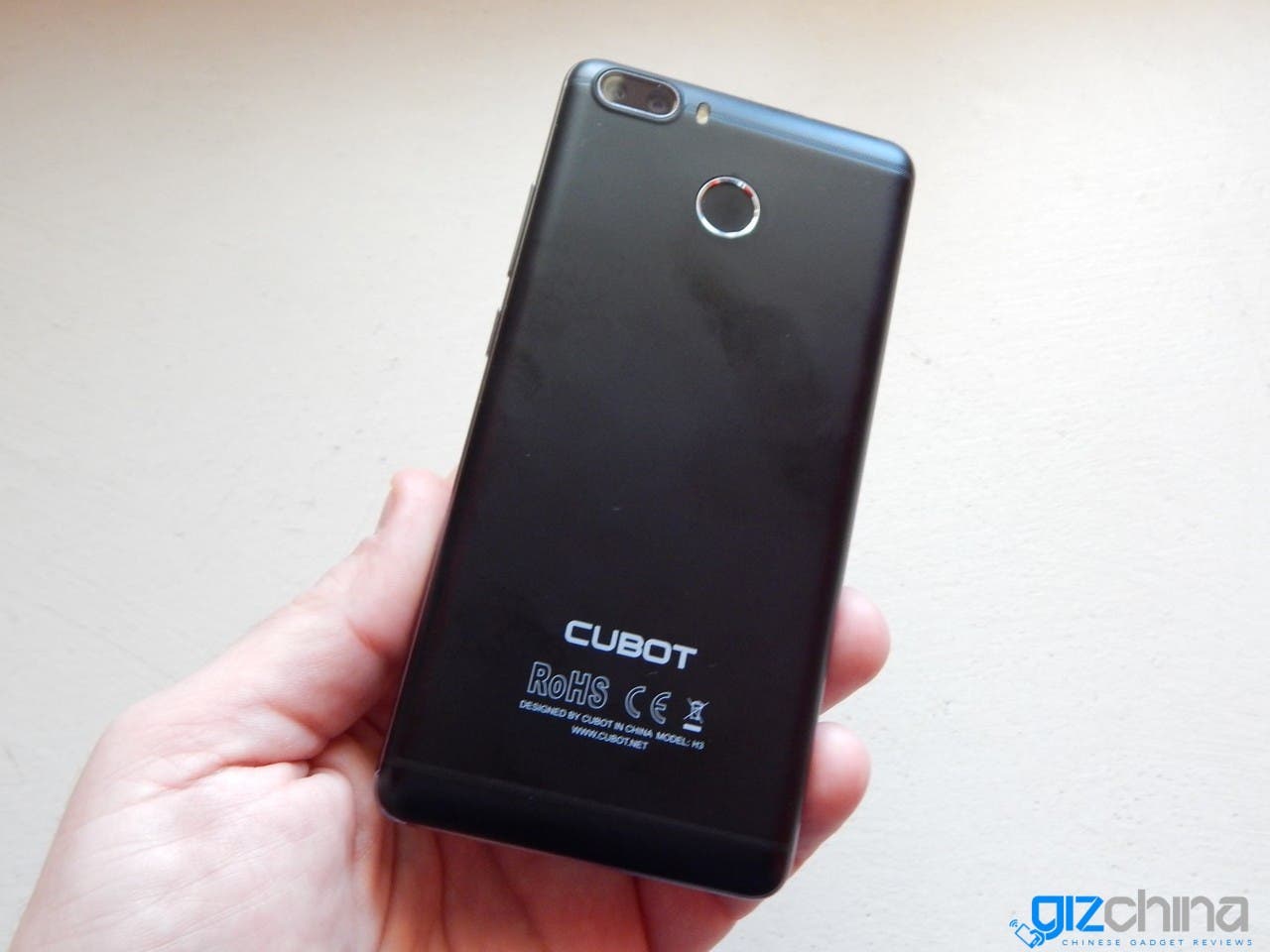 The device runs on Android 7.0 Nougat and it’s almost stock, with Cubot only adding some of their very own features (mostly gestures), along with some additional pre-installed applications like their own File Manager and an app to lock programs to the fingerprint sensor for extra security.

Performance-wise the phone isn’t bad; i mean, don’t expect to have high scores on the Antutu Benchmark or the Geekbench 4 but on par with all other phones using the same CPU. To explain it simply: the main difference between this phone and another one using a faster CPU is how quickly the phone opens applications. With this one it will take a few seconds to load certain apps but if you have patience it works well afterwards.

Let’s start with the easy stuff OK? The first thing you notice when this phone appears in front of you (out of its box) is how heavy and thick it is. The Cubot H3 weighs 210 grams and it’s approximately 11.2mm thick (!). However these numbers feel normal on this type of phones – those packing huge batteries of course. This one comes with a 6000 mAh battery so it’s more or less expected to be this heavy, but it’s also really durable with a shatter proof display and an extremely solid build. 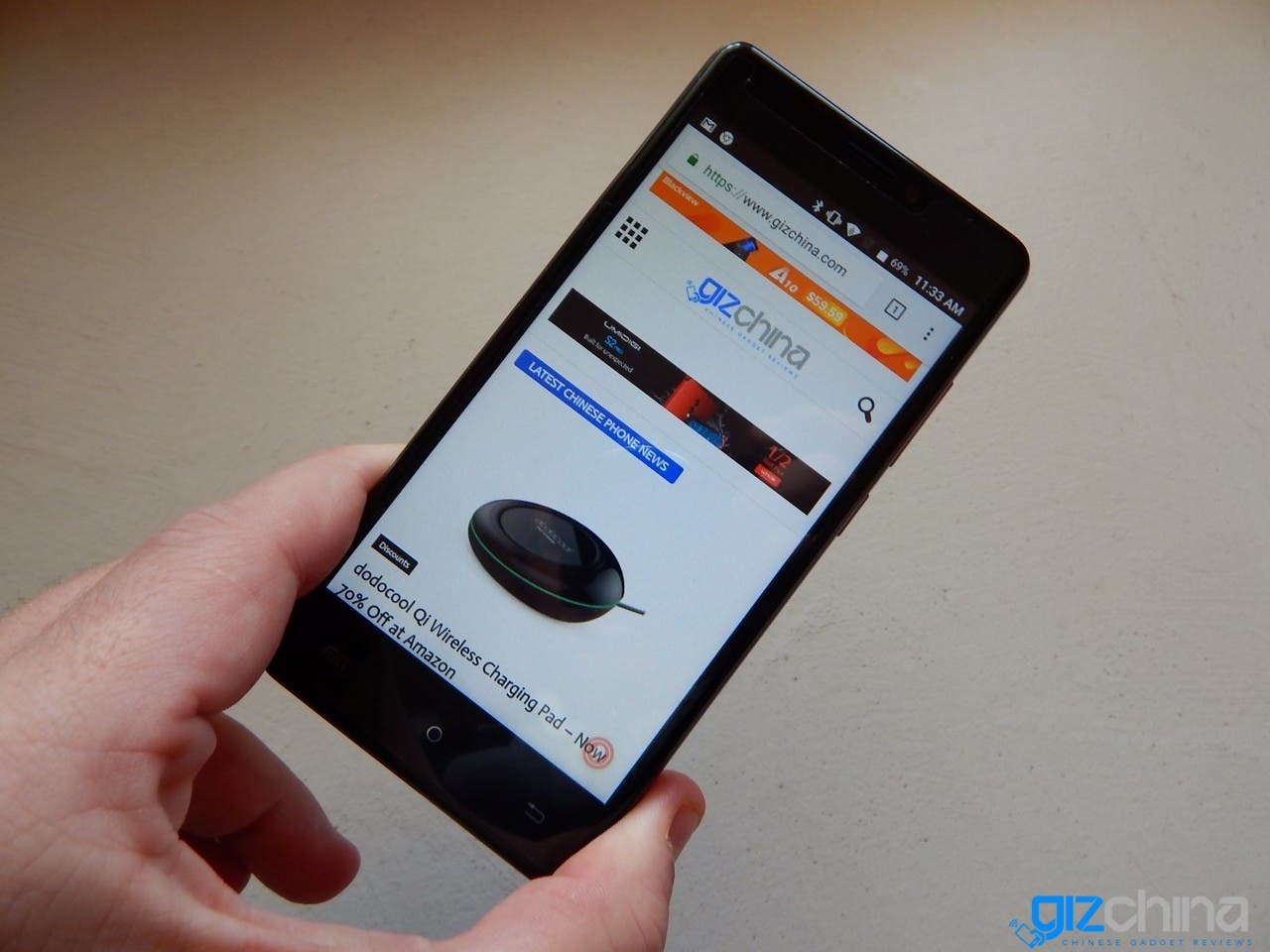 In everyday use, the Cubot H3 model may be heavy but still, there’s a reason one will choose this phone isn’t there? It has a small footprint however thanks to its 5 inch display, so it can easily fit into most pockets, or allow for one handed use with impressive performance (for a budget Android smartphone that is). 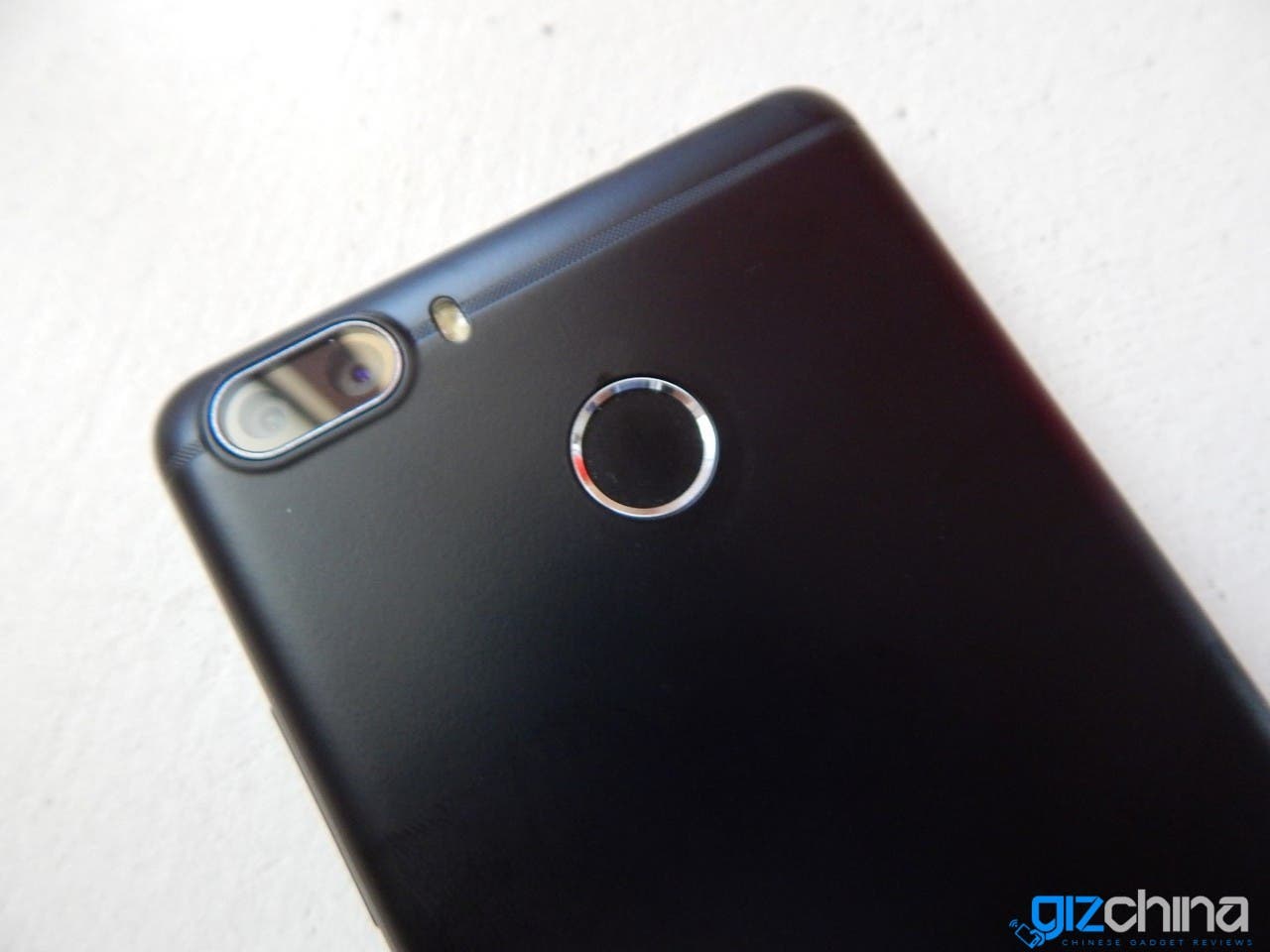 Oh, let’s not forget that there’s a fingerprint scanner placed just below the dual camera at the back of the device, providing quite fast fingerprint recognition with almost 90% success rate. You can use it to lock applications, unlock the phone and it can “read” fingerprints in 360 degrees.

It’s one of the most important (and deciding) factors for me, when I test a phone. How good it sounds, what type of signal reception it has and how well its speaker works. The Cubot H3 did quite well in this test by my standards. The phone call quality was satisfactory, but nothing that is worth bragging about. I was able to call others and receive calls on this device without any issues, with quite good sound quality and volume. 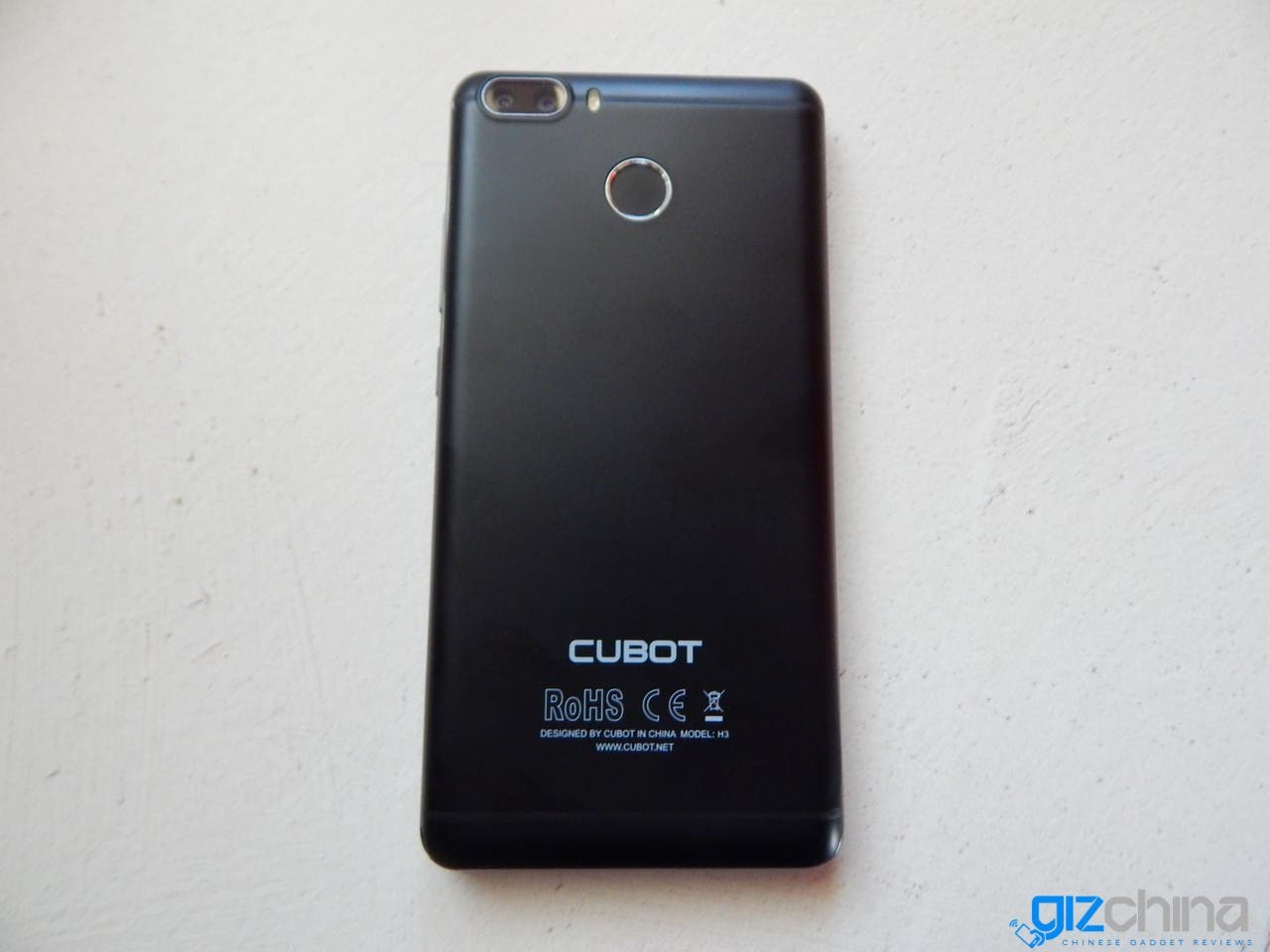 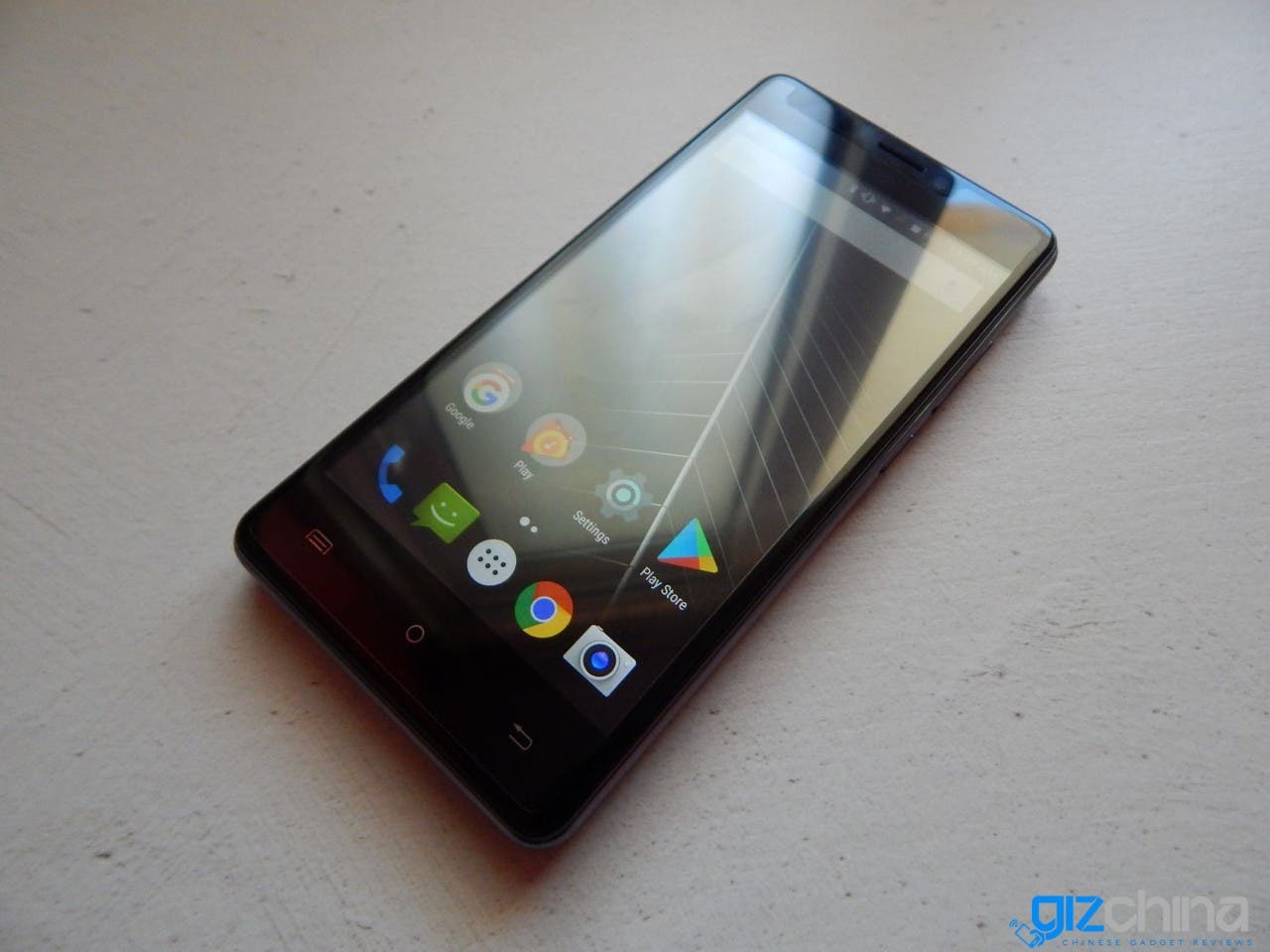 And here’s where this phone really shines! The main selling point of the Cubot H3 is its battery life, and for a good reason. It comes with 6000 mAh capacity that works great with the Android 7.0 operating system in order to offer great standby and talk times, that will surely – SURELY – satisfy you. 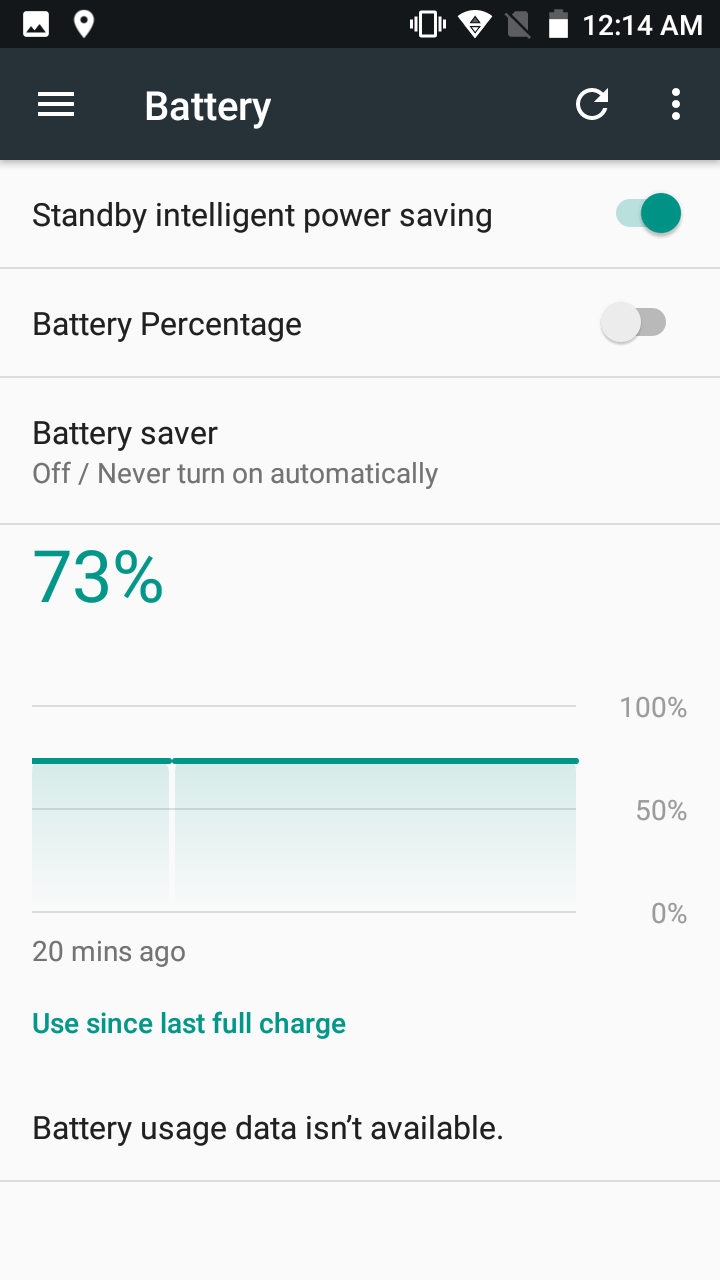 The H3 model Plus can stay far from its charger for more than 2 days if you use it wisely, and offers about 13h of SOT (Screen-On time). I “pushed” the device to its limits: I played several games, browsed the internet, did tons of messaging and YouTube, phone calls as well, but it just dropped from 100% to 71% by the end of the first day, confirming that it’s a decent “energy” phone. Note however that charging the H3 takes about 4-5 hours so I would suggest to charge it during time, when you sleep, as it doesn’t support fast charging. 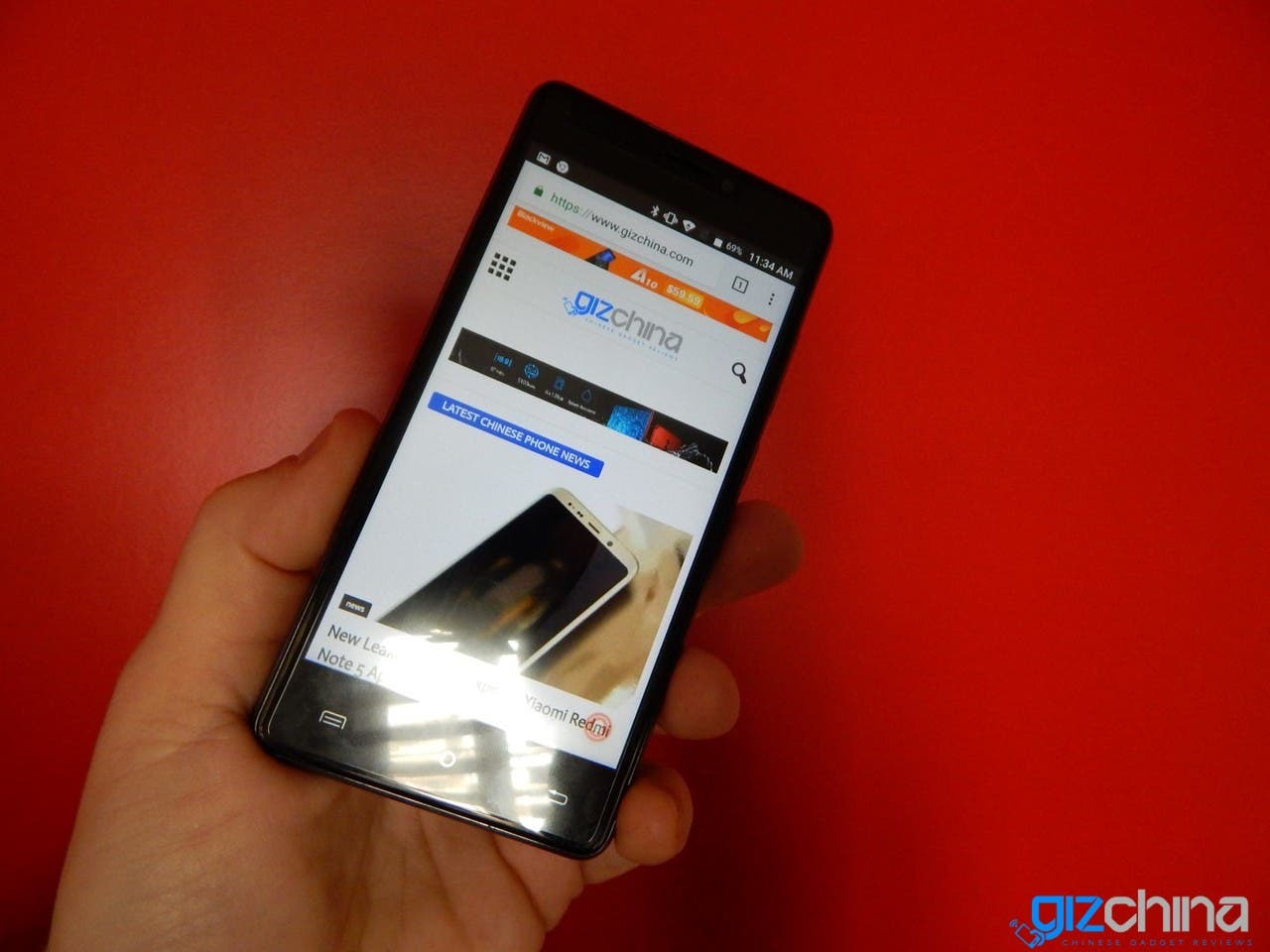 if you’re looking for huge stand by times and affordable pricing, then look no further.

Operating System – Nougat but no Oreo

If you’ve ever used a Chinese handset by Chinese OEMS (UMIDIGI, Doogee, Cubot) or any other similar brand, you’ll feel at home with this model. The Cubot H3 runs on Android 7.1 Nougat with pure Android performance, all the typical applications by Google and no extra third party apps, widgets or anything else that could hinder its performance.

Note however that so far Cubot hasn’t informed us if this device is planned to get Android 8 Oreo. Judging by what other Cubot models have been through in terms of Android updates, I wouldn’t keep my hopes up for something like this ever happening unfortunately. I hope I’m wrong however, I really do.

In case you didn’t read it 10 times already by now, the most memorable feature of the Cubot H3 is undoubtedly the size and duration of its battery: a non-removable Li-Ion unit with 6000mAh, far exceeding what was previously seen in other models of the manufacturer, providing impressive stand by times ranging between 30 and 45 hours depending on the use, in addition to a duration in standby mode that can reach 461 hours.

I’ll write it once again: don’t choose the devices of this category (large battery smartphones) purely for their imaging features. It’s not where they’re good at, and they know it. You should know it too. The Cubot H3 confirms all of the above and proves to be a somewhat average camera phone equipped with a dual camera with 0.3MP + 13.0MP (16-megapixel interpolated) resolution on the back, coupled with a 5-megapixel camera up front.

The 0.3MP and the 13MP sensors on the back of the phone allow you to take pictures with the notorious “bokeh effect”, but as we’ve seen for many Chinese phones in the past this is software generated and there is no edge detection therefore the pictures taken with the bokeh effect don’t look too good. Basically they look blurred…

This dual camera setup on the back can shoot decent photos in good lightning conditions (the colors could be better overall), but it tends to provide somewhat colder images than it should. When the light isn’t that good, however, it doesn’t perform that well, as expected with most Chinese smartphones in this category and price range. It can also shoot HD videos at 25 fps, with average quality and some high contrast issues.

There’s also a LED flash placed next to the main camera. It manages to light up the images, but it doesn’t do what it should: it basically ruins selfies, letting them turn out unnatural and you’ll probably opt not to use flash, at least in most situations.

The same goes for the selfie camera that’s placed in front, just above the display. The images lack details and are nothing to brag about, that’s for sure, but it will do more than a good job if you shoot selfies from time to time, and the same goes for video calls.

Well our answer depends on your budget and what you really need from a smartphone of this price range. If you want something really affordable but with immensely high stand by time and excellent energy efficiency during everyday usage, the Cubot H3 is one of those phones you simply shouldn’t let go by.

Keep in mind that it’s heavy (thanks to its massive 6000 mAh battery that increases the weight to 210 grams), but on the other hand it’s easy to use with one hand, it offers 3GB of RAM for typical multitasking and boasts a small display with awesome brightness!

If battery performance isn’t that important to you, then have a look elsewhere in the market, there are other phones out there that are faster, better and of course lighter than 210 grams.

You can buy the Cubot H3 from here.