Here we are again in our last rendezvous for the year 2017. This is also a great time to possibly buy a new phone in what’s probably the most interesting price segment as far as Chinese devices go. Obviously, we’re talking about the top 5 smartphones you can get for under $200; keep reading!

The primary change we notice this month is the inclusion of the recently launched Xiaomi Redmi 5 Plus. The handset is the first budget-friendly 18:9 aspect ratio phone released by the “Chinese Apple”, which also makes it the best option for those who dig 2017’s trendy display design, do not want to spend too much and aren’t willing to go with smaller less-trusted brands.

The Xiaomi Redmi 5 Plus comes with a large 5.99-inch FHD+ display and it’s powered by the good ol’ Qualcomm Snapdragon 625 SoC coupled with 3GB of RAM and 32GB of internal storage (expandable), there’s also a 4GB/64GB variant but that costs slightly more than $200.

Xiaomi’s phone packs a 12MP rear camera with an F/2.0 aperture, a 5MP selfie snapper and a large 4000mAh capacity battery. It supports 4G LTE networks but band 20 is not among the supported ones.

Even with the Xiaomi Redmi 5 Plus out, the Xiaomi Redmi Note 4 is undisputedly still the best mid-range phone on the market. Xiaomi’s segment killer does indeed rock the same Qualcomm Snapdragon 625 paired with 4GB of RAM and 64GB of internal storage (expandable) at around the same price of the Redmi 5 Plus 3GB/32GB model; making it the most cost-effective device of the two.

The smartphone features a 5.5-inch FHD IPS display, a 13MP rear shooter (either a Sony IMX258 or Samsung S5K3L8) with F/2.0 aperture which can shoot videos at 120fps, and a 5MP selfie snapper.

The Redmi Note 4 also boasts a large 4000mAh capacity battery which paired with the efficient CPU delivers outstanding autonomy; in its Global Edition the Note 4 supports a tons of 4G LTE bands.

You’d love to get a Xiaomi phone for it’s price to performance ratio but you really hate MIUI? Then check out the Mi A1. Xiaomi’s handset is really similar to the more popular Xiaomi Redmi Note 4 as far as specs go, with a Qualcomm Snapdragon 625, 4GB of RAM and 32GB (or 64GB) of internal storage.

The Xiaomi Mi A1 packs a 3080mAh battery and supports a wide variety of 4G LTE networks, with band 20 being among them.

If you’re willing to spend slightly more than $200, then you should check out the Huawei Honor 7x. The recently launched Honor phone performs very good thanks to its Huawei powerful HiSilicon KIRIN 659 coupled with 4GB of RAM and 32GB of internal storage (expandable), plus it features a large 5.93-inch FHD+ 18:9 display and the dual camera setup Huawei is famous for.

Last but not least, the LeEco Le Pro 3 X722 is still going strong even after more than a year from its official launch. You can indeed get this high-end device for as low as $160, packing internal hardware such as the Qualcomm Snapdragon 820 CPU, 4GB of RAM and 32GB of internal storage. 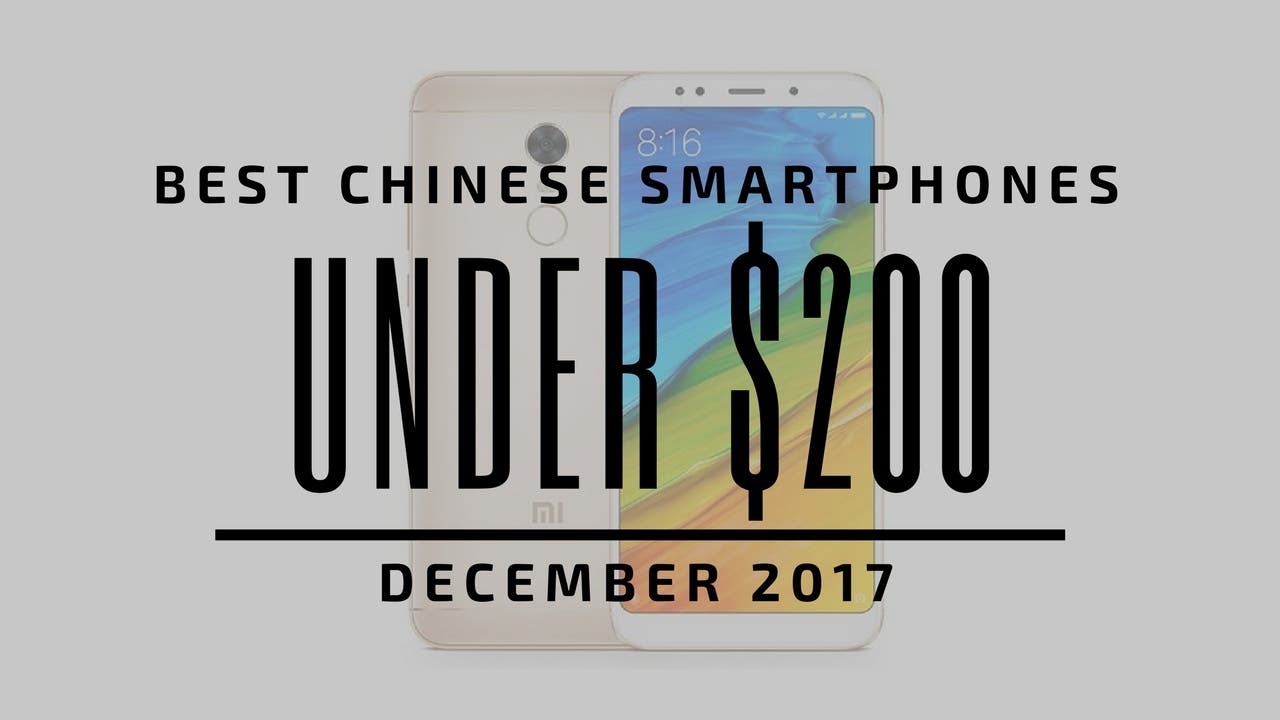 This concludes our December top 5 list for under $200. Let us know if you found your next mid-range device in the comments section below, or if you’d have suggested something else. See you in 2018!

Check out our sub $100 December list if you’re on a tight budget!