Following a hike of 5% in import taxes on smartphones, Apple phones have gotten more expensive in India. The hike was just announced a few days back on appliances including imported televisions, video cameras and mobile phones. It is understood that this move is to energize the “Make in India” initiative of the government. As it is, the iPhone X was priced exorbitantly higher in India than its standard $1000 price. When launched, the iPhone X cost Rs 89,000, which translates to around $1400. Now we have another bump in that price tag. 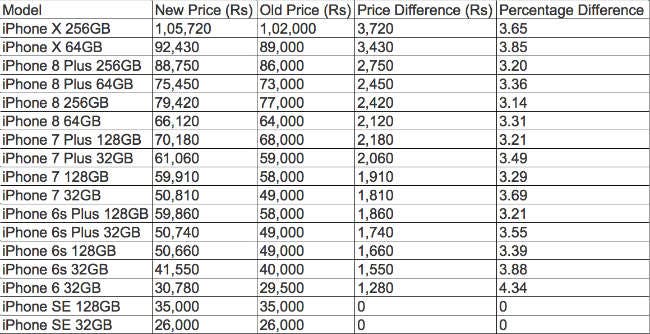 The prices mentioned here are the maximum retail prices. If you look around, there can be lower online and offline prices available with cash back offers. The 5% price hike isn’t expected to hit Apple very hard as iPhones are sold to the premium segment in India. However, the hike comes at a bad time when Apple revenues have been hit a 6-year low.

Next Galaxy S9 and S9+ display leaks once again