We all know that RAM and storage are bound to slowly increase every other month or year. It feels like ages ago when 2GB of RAM and 8GB of storage were considered good enough. Today, you can’t get a smartphone with less 4GB of RAM and 64GB of storage unless you go for a really affordable entry-level phone. Well, apparently AllCall thinks that’s too low by their standards and will equip the upcoming MIX 2 with an insane memory combo; let’s learn more about it! 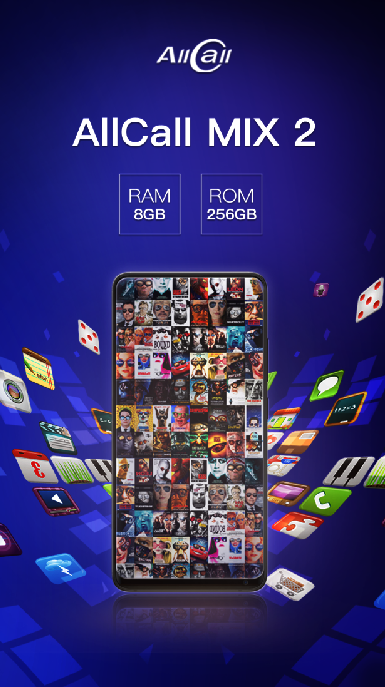 So, as the title say, AllCall are allegedly going to pack the next MIX 2 flagship with a whopping 8GB of RAM and 256GB of internal storage. AllCall explains the need of this amount of storage with the presence other features the smartphone will pack.

From previous press releases we indeed know that the AllCall MIX 2 will be coming with AR (Augmented reality) and VR (Virtual Reality) support. Both of these technologies and the relative apps do take a toll on RAM as well as storage. Pretty much like normal games already do. So this hardware setup should be large enough to provide a smooth user experience, whichever game, VR or AR app you throw at it.

That’s everything AllCall had to say about the 8GB+256GB memory combo. Do you guys think it’s feasible for them to release a phone with these specs? Let us know what you think in the comments section below.

Previous 3 Christmas Gift Ideas From AZDOME for You Car Lovers