With Christmas out of the way, we’re all already looking forward to New Year’s Day, which as you can imagine, will be another reason for Chinese retailers to put on some sweet year end sales. This time around though, the special sale will be on a new, just launched product, the Ulefone Power 3. You can indeed get the smartphone in presale for just $219.99 with a $40 gift bag included, that’s $80 off retail price. Before you head there and get one, let’s have a look at the phone’s main specs. 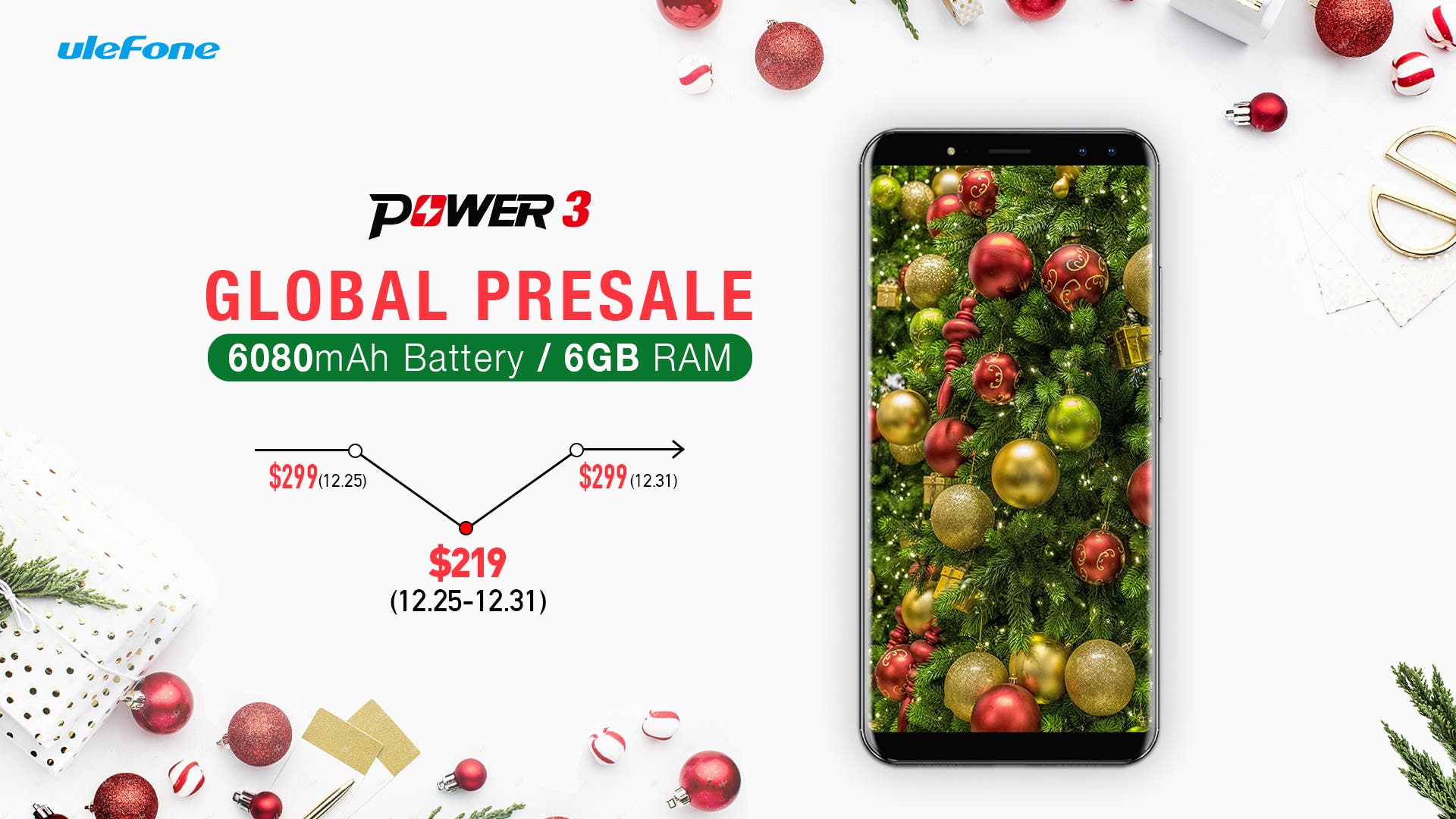 The Power 3 is Ulefone’s third generation battery phone, as such you can expect some solid endurance from its massive 6080mAh capacity battery. According to Ulefone, the handset can provide at least four days of use on a single charge and, thanks to a much safer 5V/3A quick charge technology, you can have 2 hours of talk time in five minutes of charging. So, if you are leaving in a hurry, you don’t need to worry about running out of power

The Ulefone Power 3 comes with a large 6.0-inch display, an 18:9 display aspect ratio and FHD+ resolution. Given its slimmer bezels, the Power 3 will feel smaller in the hands and has a more immersive looking display compared to similarly screen-sized phones.

Under the hood, the Power 3 packs a MediaTek Helio P23 octa-core processor coupled with 6GB of RAM and 64GB of on-board storage, which offers quite smooth overall performance. On the exquisite NCL-processed back of the phone, we find a Samsung 21MP+5MP dual camera setup, while at the front we have a 13MP+5MP selfie combo. So you can snap some fairly nice shots with the Power 3.

Another shiny feature of the Power 3 is the new face ID system which allows you to unlock your phone instantly with a single look. Compared to the traditional recognition system, the brand new face identification system is much smarter, faster and more convenient. And a fingerprint sensor is placed on the back just in case. For the OS, the Power 3 that runs the latest Android 8.1 Oreo. 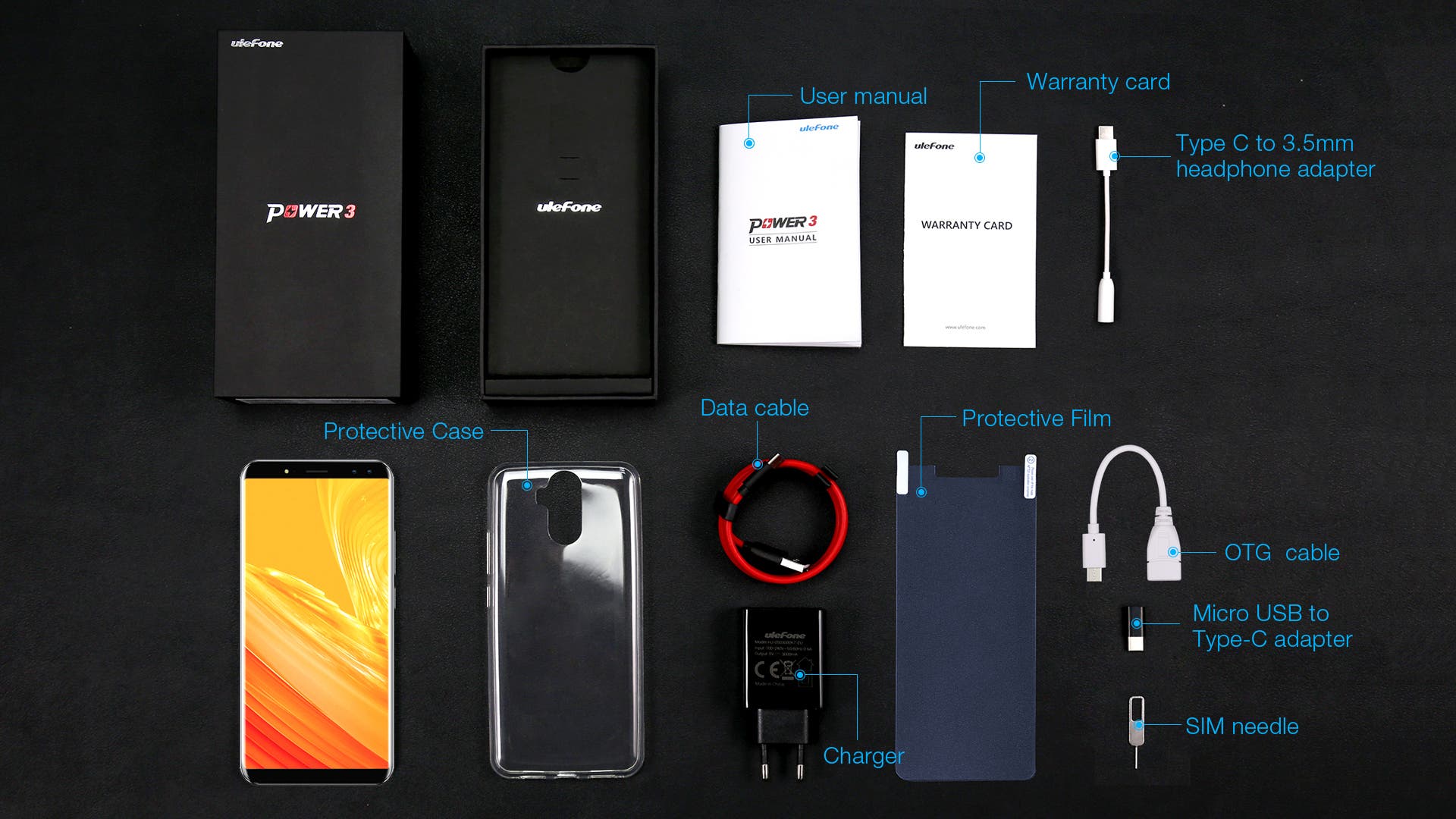 The handset will be available in black and gold color variants, with the presale price being set at $219.99. The presale will end on Jan 8th, 2018, after that, the price will jump up to the retail price of $299.99. If interested, you can check out all info about the presale over here.

Learn more about the Ulefone Power 3 on the company’s official website.