This morning, LG announced the addition of a new smart speaker to its 2018 lineup. Dubbed LG ThinQ, this speaker is powered by Google Assistant and it appears to be a high-end device comparable to Google Home Max. The ThinQ is designed with Meridian Audio technology and it supports high-resolution audio thus it should deliver an excellent audio quality. This speaker makes use of Google Assistant and a voice app from LG to control smart home devices and other ThinQ smart home appliances which include smart refrigerators, dishwashers, washers, dryers, and even vacuum cleaners. 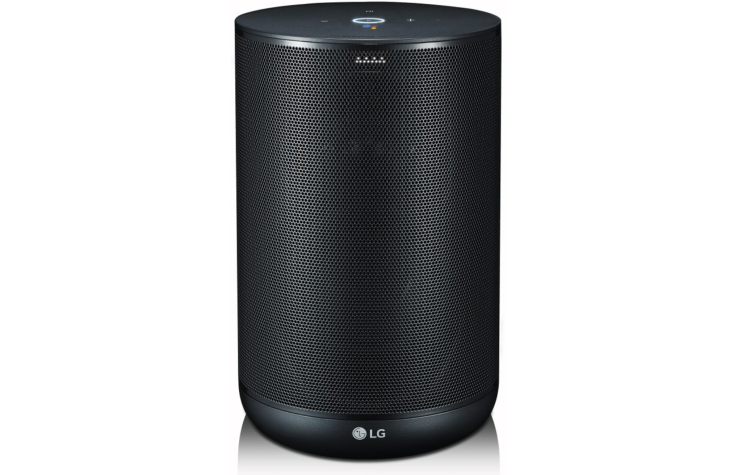 With this functions, you can use voice commands with this speaker to operate other devices. For instance, you can say to the ThinQ speaker, “OK Google, talk to LG, turn on the air purifier.” As of now, not much about this speaker has been revealed by the company although it will offer a full reveal at CES 2018 where the details of its voice, audio technology, and the price will be revealed. Presently, there are a whole lot of smart speakers in the market and these have various categories but it will be quite difficult to know exactly where ThinQ fits in because there no spec and pricing information. We have seen the likes of Amazon’s Echo lineup, Google Home line, the Sonos One as well as Apple’s soon-to-launch HomePod. LG did not just announce the ThinQ today, it also revealed a new SK10Y soundbar and portable PK series Bluetooth speakers.

Previous Huawei is Among Top 3 Smartphone Makers In The World