Xiaomi has faced a huge growth in its revenue and area of attention mostly due to its wide range of products being offered for the various consumer’s sectors. Currently, all Xiaomi’s products other than smartphones, such as IoT devices and smart home gadgets fall under the Xiaomi’s crowdfunding company MIJIA.

Currently, MIJIA can be considered as Xiaomi’s Cash Cow due to the crescent amount of revenue being generated by the sub-brand. Today the Chinese Company made public the total sales amount under MIJIA’s portfolio reached the amount of 20 billion of Yuan, which converts in approximately $3 billion. 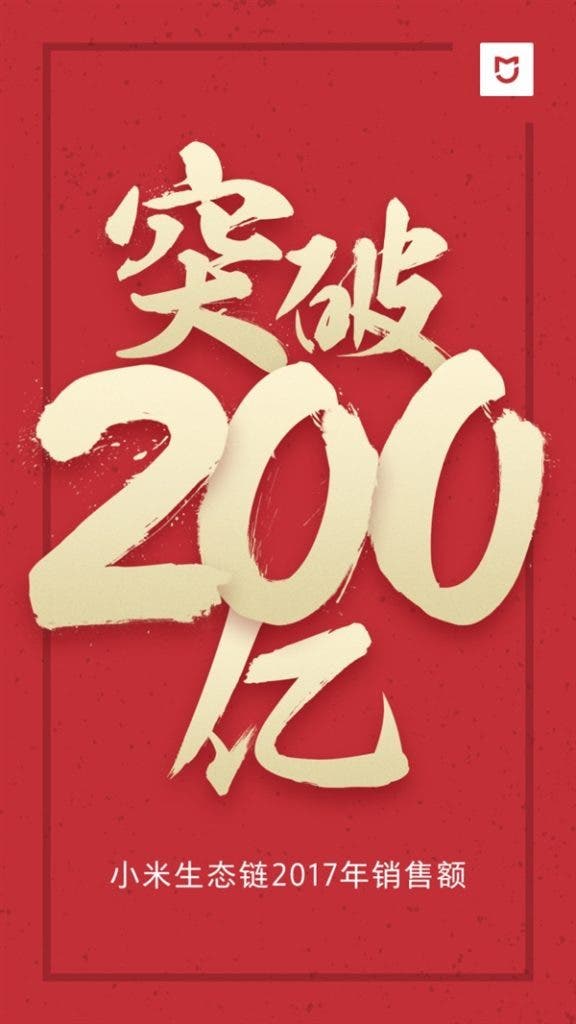 These number already represent a huge growth in a direct comparison to MIJIA’s last year performance. Although the total sales cash wasn’t revealed by Xiaomi during last year, the Chinese company revealed that brand did very well. We underestimate a revenue of approximately $1,5 billion during 2016. Since the same amount was achieved by Xiaomi on its market of wearable, smart camera and IoT devices.

During 2017 we have seen thousands of products being sold under MIJIA brand with some of them reaching the “best-seller” status. We expect those number and the revenue to see a large increase in the next month with the newest market strategies being adopted by Xiaomi and the popularity of the products offered. Keep tuned to see more details of this in the future.