The Ulefone Power series has been a massive hit for Ulefone, however it has constantly been outclassed by the Xiaomi Redmi/Redmi Note series. Can Ulefone finally break the curse with the brand new Ulefone Power 3?

The Ulefone Power 3 isn’t just a big battery phone now, but an 18:9 aspect ratio phone containing the very new MTK6763 octacore processor, a new SoC by Mediatek promising many new network features and image processing system. However, I wonder if the Ulefone Power 3 can finally outclass the Xiaomi Redmi 5 Plus, which should be able to take on or beat the Ulefone in every way. 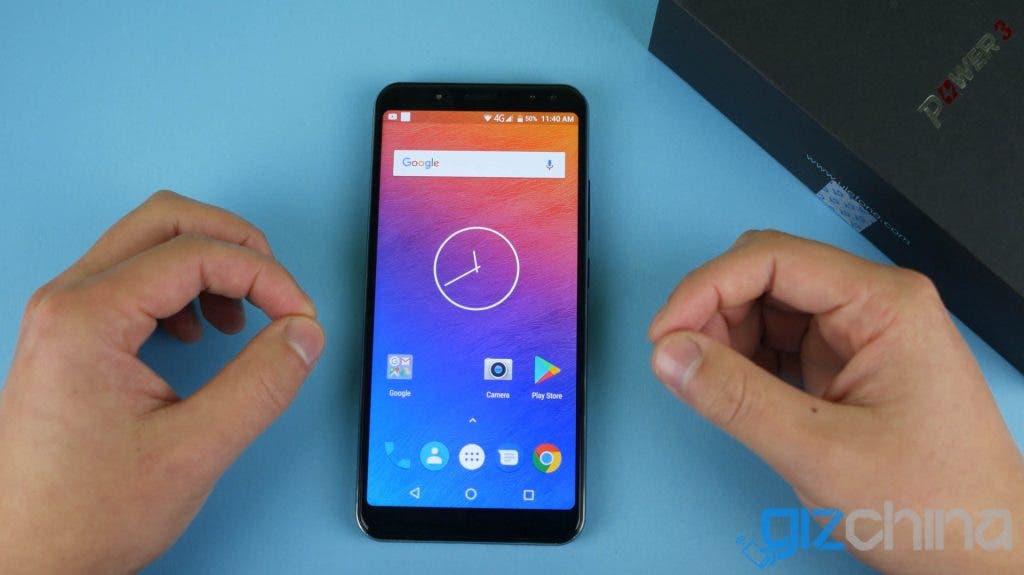 The Ulefone Power 3 is a completely metal phone that looks very beautiful from behind because of the antenna band design. It has a large amount of heft to it because of the battery size, however at 210 grams, it still isn’t too heavy all things considered. The phone feels fairly thick, clocking in at 9.9mm, however it doesn’t feel as insanely thick as the Ulefone Power 2 because the sides of the phone are rounded. 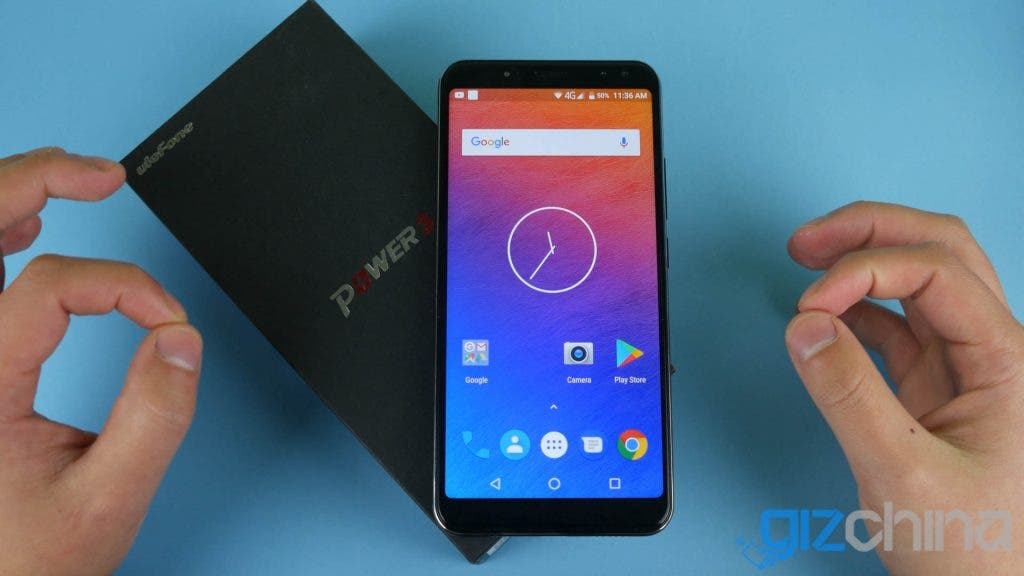 This phone is considered by Ulefone to be a very bezelless phone, with a claimed 90% screen to body ratio. While that is highly doubtful (a 90% ratio that is), it is fairly bezelless with small top and bottom bezels, but sizeable side ones. The photoshopped press images show very slim side bezels and while the real bezels are not big, they aren’t small either.

The fingerprint sensor for me is a little high so I have to constantly adjust my grip to reach it, but that can be blamed on my small hands.

The Ulefone Power 3 does not have a bad display at all. The screen has a 2K resolution and it is 6″, very crisp and clear. The colour reproduction and saturation is very, very pleasing to the eye, with colourful pictures looking quite dazzling on the display, outclassing many other phones, even pulling ahead slightly of other more expensive phones (definitely better than the Redmi 5 Plus). 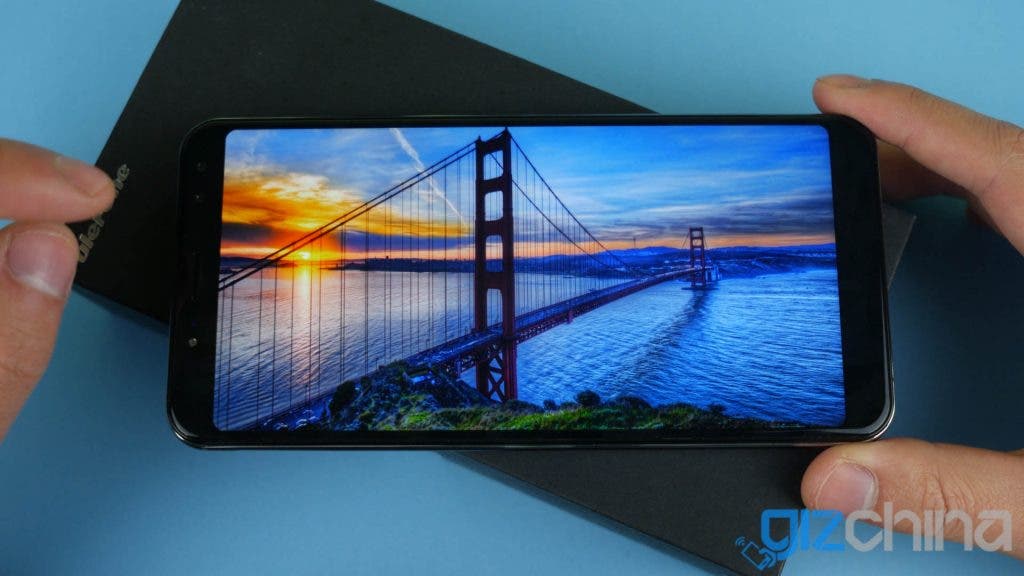 Gorilla Glass 3 and touch response are other aspects that make this a great display, however, the maximum brightness is a dark spot (ooh nice pun) in this otherwise bright display, maxing out at around 400-450 nits, not the brightest of displays, especially in bright sunlight.

The speakers output some decent sound, but not the loudest. Audio quality is quite decent, good mids and highs and audio clarity is quite decent, not a bad speaker if I would say so. However, the bass output is a bit lacking, so explosions and bass drops could sound tinny. 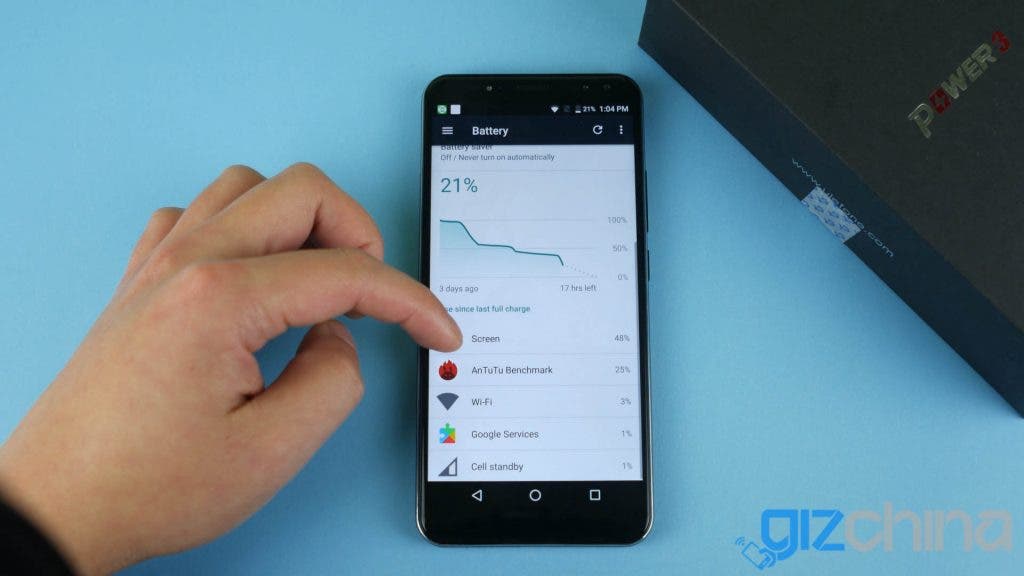 Like the previous phones in the series, the Ulefone Power 3 contains an absolutely massive 6,080mAh battery that will provide incredibly battery life, however its main competitor in terms of battery life, the Xiaomi Redmi 5 Plus (and Redmi Note 4) competes on equal footing because of the much more efficient Snapdragon 625 processor. 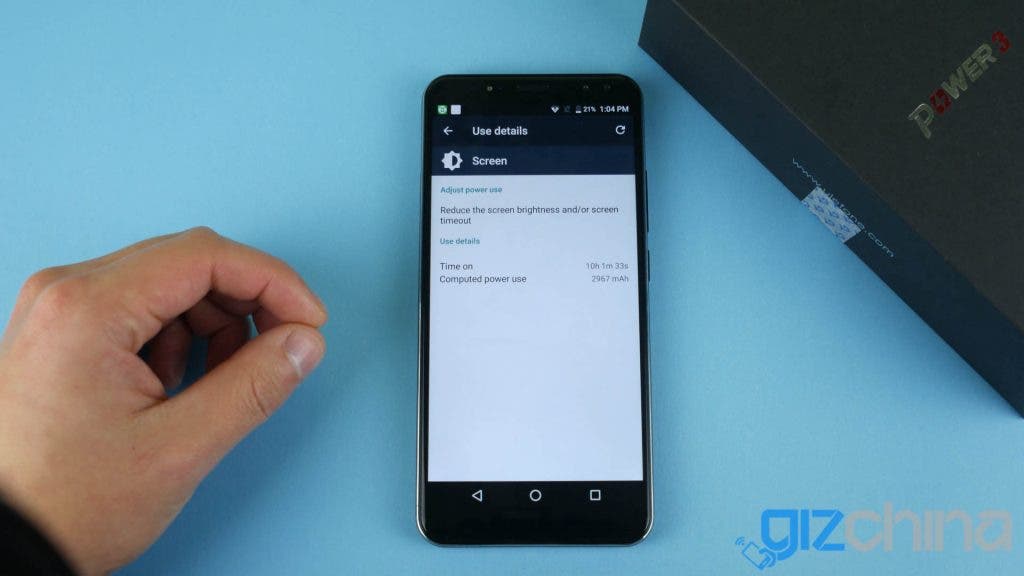 The previous Ulefone Power 2 couldn’t keep up with the Redmi Note 4, however the Ulefone Power 3 finally can. Combining the MTK6763 and the battery, I was easily able to get 10 hours of battery life with 20% left. Keep in mind that this was incredibly heavy use, consisting of watching Youtube videos, playing games, and running benchmarks. In addition, I was taking lots of photos as well.

I guarantee that you will be able to get better battery life than I was able to get if your use is lighter (and it will be).

On par with the Redmi Notes!

Ulefone seems to be a company that takes criticisms and feedback to heart, as they have abandoned the idea of putting skins (remember that incredibly ugly skin/black icon pack on the Power 2?), instead keeping it completely stock and adding a nice Pixel type swipe up drawer to the launcher. Other companies could definitely learn from this type of behaviour.

UI performance however is slightly slower than top end phones and well optimized midrange devices like Xiaomi’s Redmi line of phones, not very noticeable unless putting it side by side with another faster device.

The MTK6763 processor sits between the Helio P20 and Helio P25 in terms of performance, there is still a slight hitch when launching apps for the first time, but the 4GB of RAM keeps the phone multitasking smoothly.

the Antutu benchmark and PCMark Work 2.0 benchmark both confirm that the MTK6763 (Helio P23) sits between the Helio P20 and Helio P25 in terms of performance. 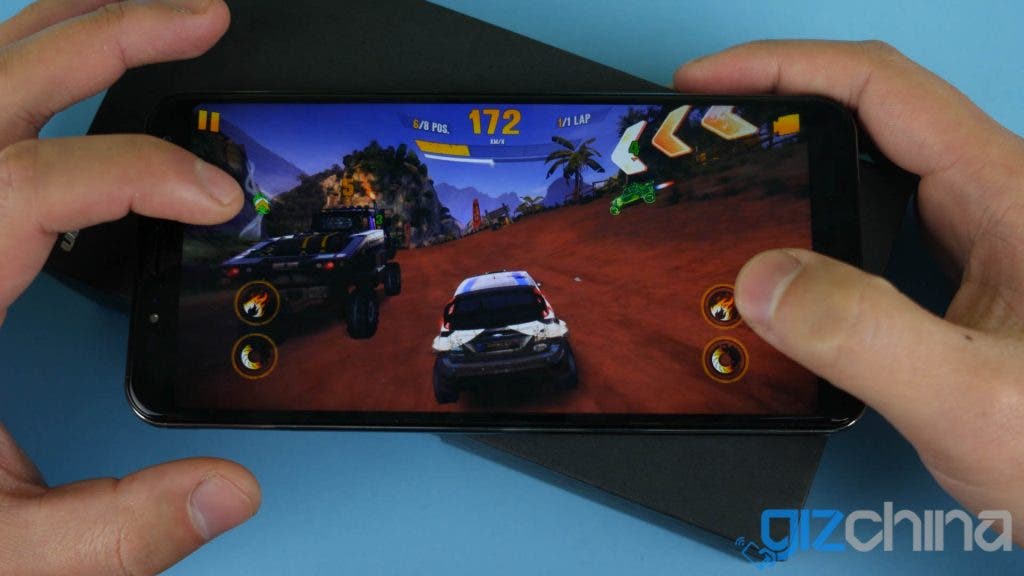 However, there is one area where the Ulefone Power 3 outclasses them both, and that would be gaming performance. I saw slightly better framerates on the MTK6763 than the P20/P25 due to the use of a different GPU, and gaming was definitely great.

The Ulefone Power 3 got very good 4G speeds on my network here in Canada and reception is awesome as well. There is also VoLTE and ViLTE in this chipset but unfortunately I couldn’t test both because my carrier (Zoomer Wireless) doesn’t support that. However it should work on other carriers that do support it. 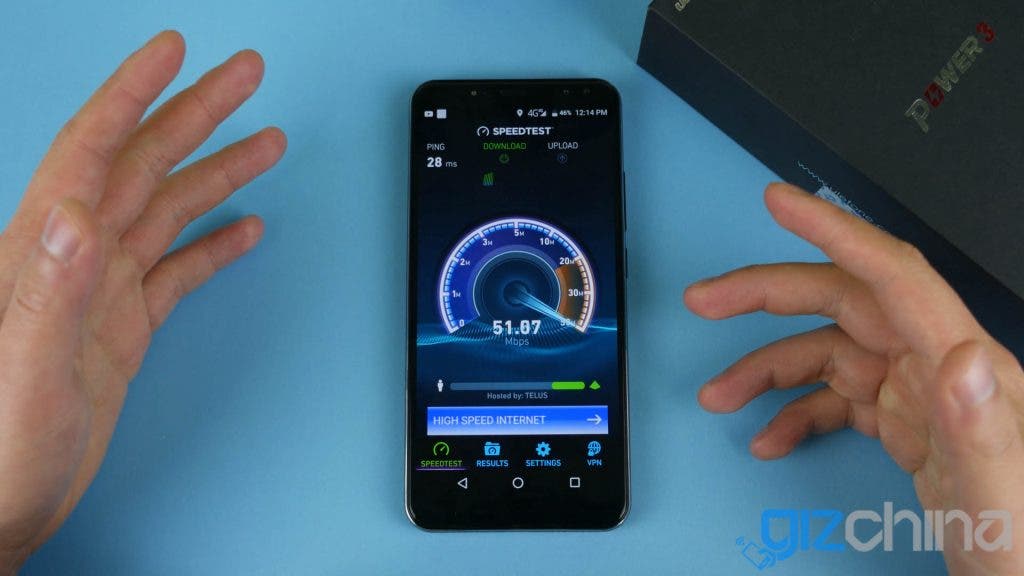 GPS takes longer than usual to get a lock, but once it gets a lock its fairly accurate.

The Ulefone Power 3 has 4 cameras in total, 2 front and 2 back, and when you open the camera app its pretty stock and there’s a button to toggle between 1x and 2x zoom, which should be switching between the two cameras, but it continues using the main camera but zooms digitally instead. 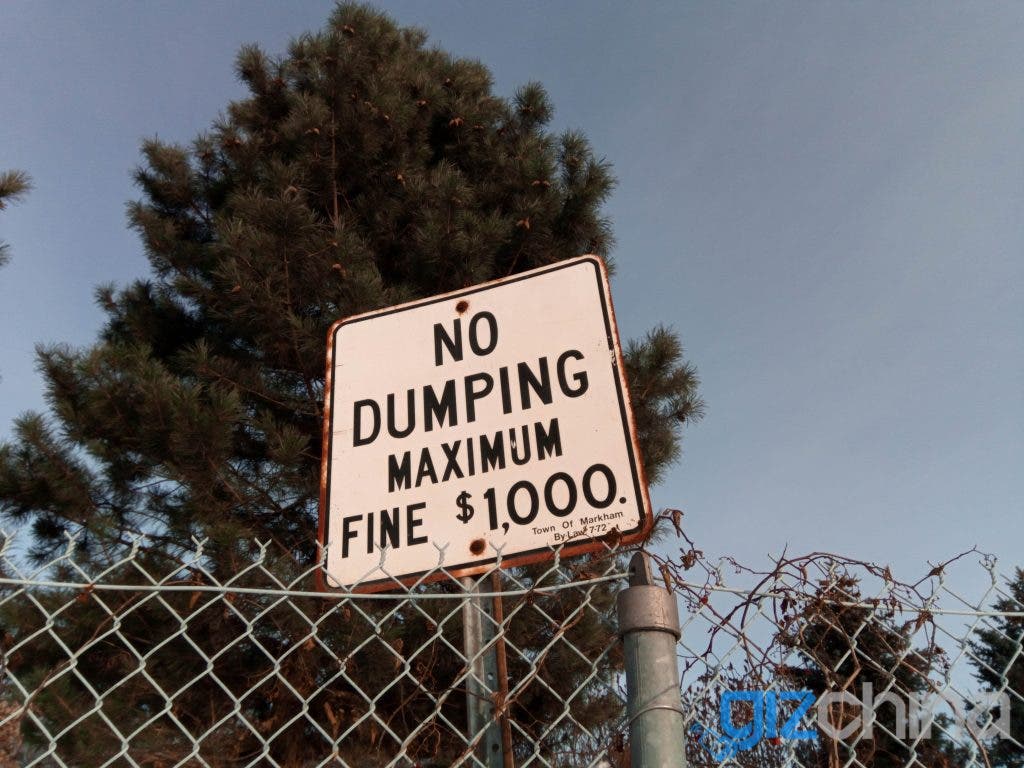 Let’s talk about the camera quality, it takes good photos and bad photos. The good photos have lots of detail, very pleasing colour saturation, and nice tone and some very nice bokeh or background blurring. The bad photos have a very soft quality to them, its actually soft enough that sometimes its hard to tell whether the photo quality is just soft or it didn’t focus properly, it can take some decent photos, but in my opinion the Ulefone Power 3 is more erratic than the Ulefone Power 2 which takes more consistent photos, the Power 3 cannot take photos with consistent quality. 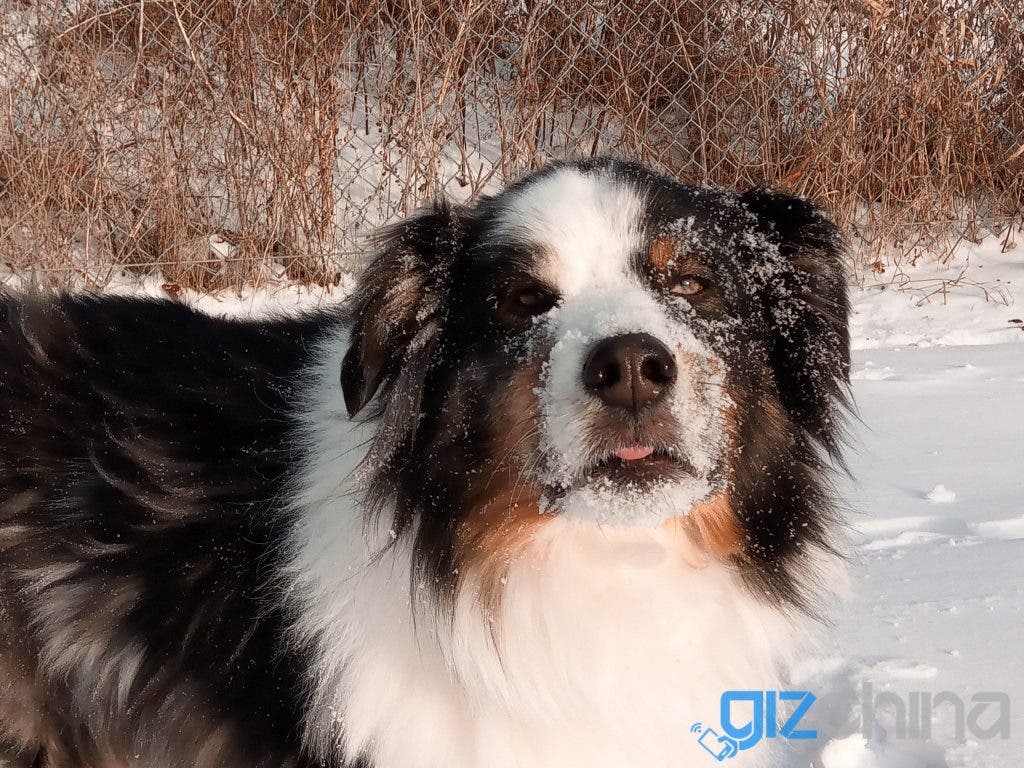 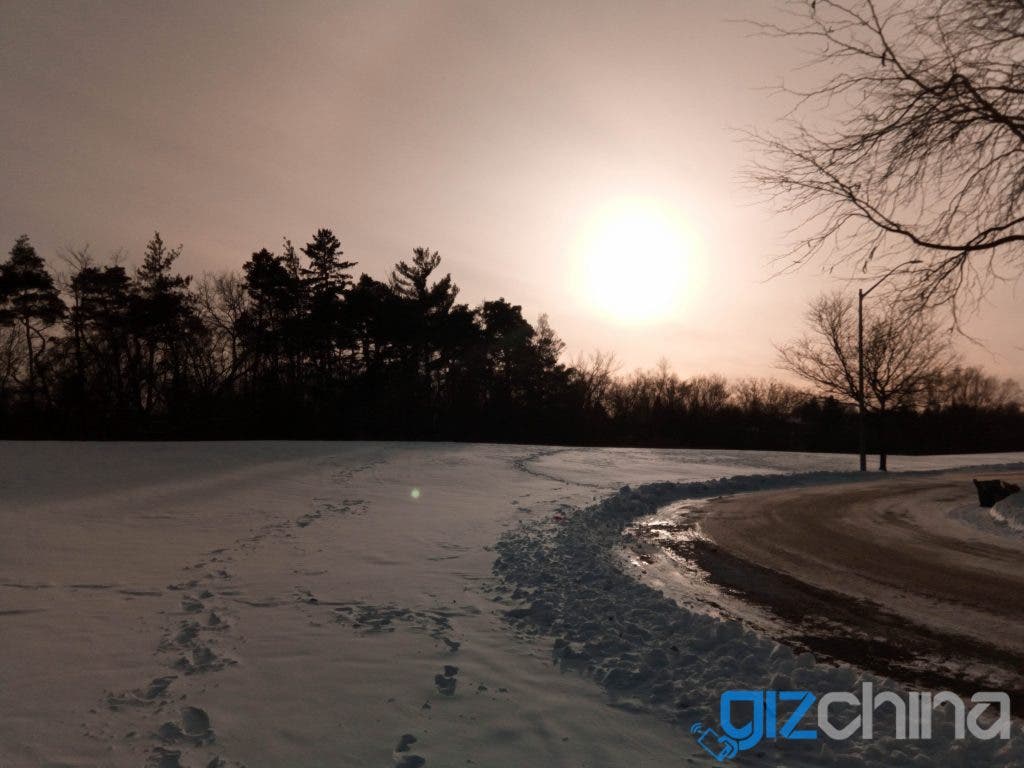 HDR actually works properly in this phone, photos with really dark areas are brightened up a lot and improved so that’s definitely good, and some cases like this sunset it actually made the picture look quite stunning in terms of colour, HDR definitely works here.

You can also get a blurring effect or portrait mode, but the effect isn’t very good here and pictures usually turn out worse. 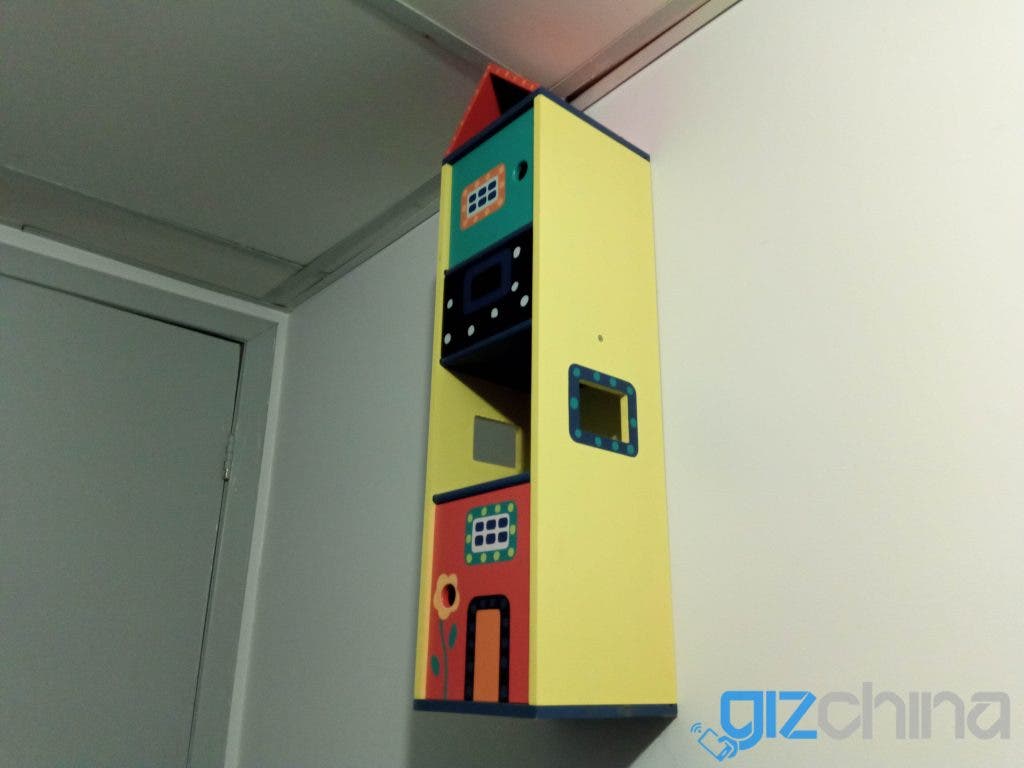 Low light though is still not great, it is improved from previous iterations, there is less noise and grain but its still there.

The front facing camera is pretty bad, not the worst I’ve seen but its bad enough.

The video quality is average at best, i can see some artifacting in this video although colour reproduction is not actually bad at all. Here’s some video in low light for you to take at before we move on.

The Ulefone Power 3 represents a huge improvement over the Ulefone Power 2 in many areas, chief among them being the battery life, display, and performance. In addition, Ulefone seems to have listened to its customer’s feedback and acted on it, something that is quite rare nowadays.

However, the Ulefone Power 3 is not perfect, and the biggest sore spot in this phone would be the camera quality. While it can take good photos, the photo quality is very inconsistent, varying wildly from one picture to the other.

Starting at $300, this is a no buy at that price. However its discounted price of $220 represents a much more attractive option, considering the 4GB Xiaomi Redmi 5 Plus costs more than that. The Redmi Note 4 still represents a much higher value proposition though.

Update: After the camera update, the Ulefone Power 3 is that much closer to being a great phone, while Ulefone could definitely do more to optimize the camera, the phone is a solid value proposition after they vastly improved the camera quality.