LG Display filed for the patent and it concerns a display device that supports a collapsible part of a flexible display. This patent was filed on the 29th of March 2017 but was only published today. The claims of the patent state that there are two display parts which are connected to each other by means of hinges. These hinges make it possible to fold up the device as can be seen in the sketches. In this way, it would be possible to expand an iPhone-sized device to the size of an iPad. 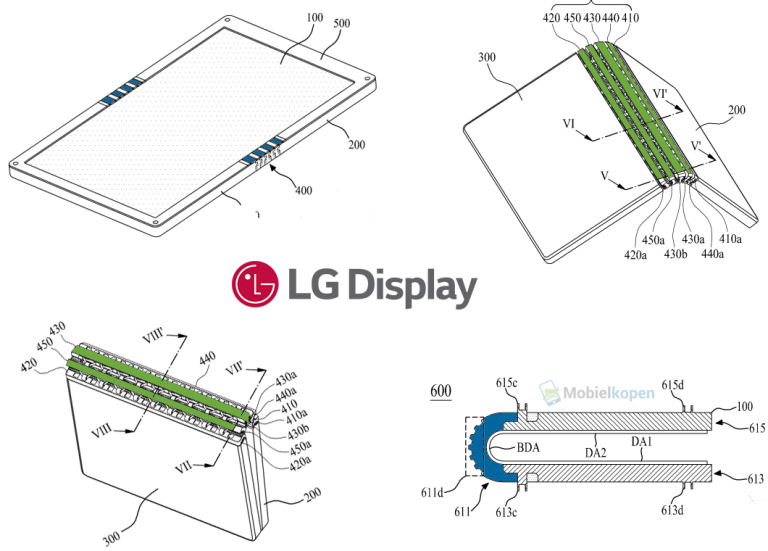 For the production of OLED screens for the iPhone X, Apple is completely dependent on a major rival, Samsung. However, the American manufacturer would also like to take this type of display from LG. This should lead to higher production and lower costs. The foldable displays from LG also use OLED panels. The patent application today shows at least that LG Display is busy developing a foldable display, possibly for the new iPhone. The folding display technology is not expected soon. Recently, there was a hype about a possible introduction of the foldable Samsung Galaxy X but now it seems that this device is not ready for a disclosure in the near future. Earlier rumors tell us that the production of flexible panels for the iPhone with a foldable screen starts no earlier than 2020. See the source link below for more images from the patent.

Previous Flexible Galaxy X To Get A Pressure Sensitive Screen?