Honor is a very known sub-brand from Huawei which is remarked due to its portfolio of good smartphones with an affordable price while keeping the premium design. Just like its big mother the company has been establishing a compromise in the last year of keeping their phones running the latest of Google software.

The company already confirmed that some of the Honor high-end smartphones will start to receive the latest Android Oreo in the coming months, however, there will be a cycle of betas rolling out before a stable full release. 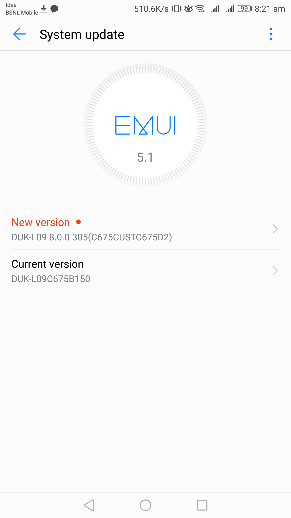 Based on this the company is debuting the first release of the Honor 8 Pro with a beta rolling out through OTA to all devices subscribed to the beta program. Some users may be receiving the update right now, while others may receive gradually in the coming days.

The Oreo release come to fulfill a promise made by Huawei of delivering the newest Google’s cookie to the handset, it comes with a little delay considering that the company promised the release for before the end of 2017, however better late than never.

The Oreo update comes in the form of EMUI 8.0 and brings all the neat features introduced by Google in the newest feature as well as the Huawei’s additions, that includes Notifications Channels, Picture-in-Picture mode, Autofill API and more. As mentioned before the update have been rolling out for quite some time, but if you’re still not received it then have patience as it may arrive in the coming days.