Samsung has just filed in a trademark with the European Union Intellectual Property Office for Metal 12. For those unaware, Metal 12 is a new lightweight magnesium alloy developed by the South-Korean manufacturer and already used in the recently released Samsung Notebook 9 laptop.

The referred trademark give us a hint that this newest alloy will be used in the future set of Galaxy and Gear devices. One of these devices could be the unreleased Galaxy S9, S9+, and the Gear S4 as well. 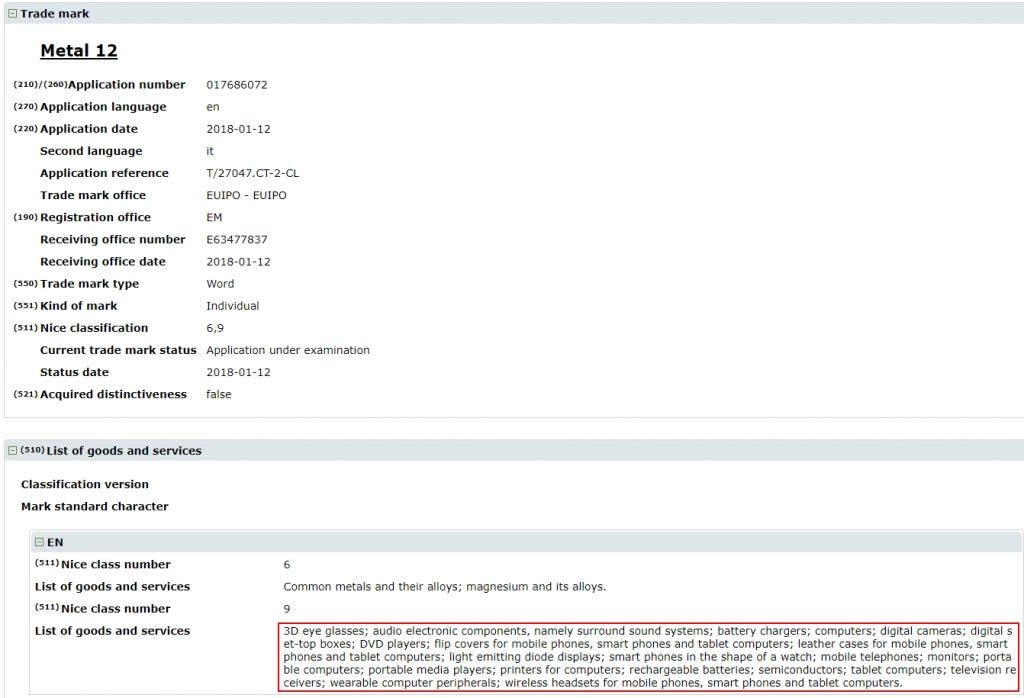 One could ask what are in fact the benefits of this new Samsung’s Metal 12? While the difference may not be spotted in smartphones and wearables, due to its overall-light nature, it’s a true fact that magnesium is way lighter and stronger per unit than any other standard metal, especially the widely used aluminum.

This is not the first time that Samsung experience with magnesium in one of its handsets. The first time was with a magnesium Galaxy S7 prototype, teased some years ago, but that never saw the light of day. However, seems that 2018 will be the year to reap the rewards of the all the work employed on Metal 12 development.

Worth to mention that merely filing the trademark and having a Laptop with this new material doesn’t directly imply that it will be present in the upcoming 2018 generation of Galaxy and Note series. For now anything pointing this should be taken as mere speculation.