OUKITEL recently brought out to the world the first 11000mAh battery-equipped smartphone – the OUKITE K10. The handset comes with a super large battery, large memory, great camera hardware and top performance, all factors that have drawn many buyers’ attention. As the K10 is going to get delivered to customers this week, the company just released a performance test, running a game on it as well as the notorious Antutu benchmark.

OUKITEL’s K10 is fueled by a MediaTek MT6763 chipset with 8 cores clocked at 2.0Ghz, a CPU that supports LPDDR4X RAM, 2K resolution and dual 4G VoLTE/ViLTE. With 6GB RAM and an optimized Android 7.1 OS, mobile games on K10 are running fluently without hiccups. Meanwhile, in the Antutu benchmark, the K10 scored 61254 points, which isn’t one of the highest around but it’s a really competitive result if we compare it to other smartphones in the same category.

The OUKITEL K10 doesn’t just stand out for its powerful hardware though, the smartphone also features super long standby times, really fast charging and a very unique design; you’ll hardly mistake the K10 with any other phone on the market. Its screen is surrounded by curved glass which melts into the carved frame with calf leather on the back. The K10 sports a 6-inch FHD+ 18:9 display with 2160×1080 resolution into a body which is around the same size of an older 5.5-inch 16:9 phone, offering large usable display and vivid colors in a more compact form factor. 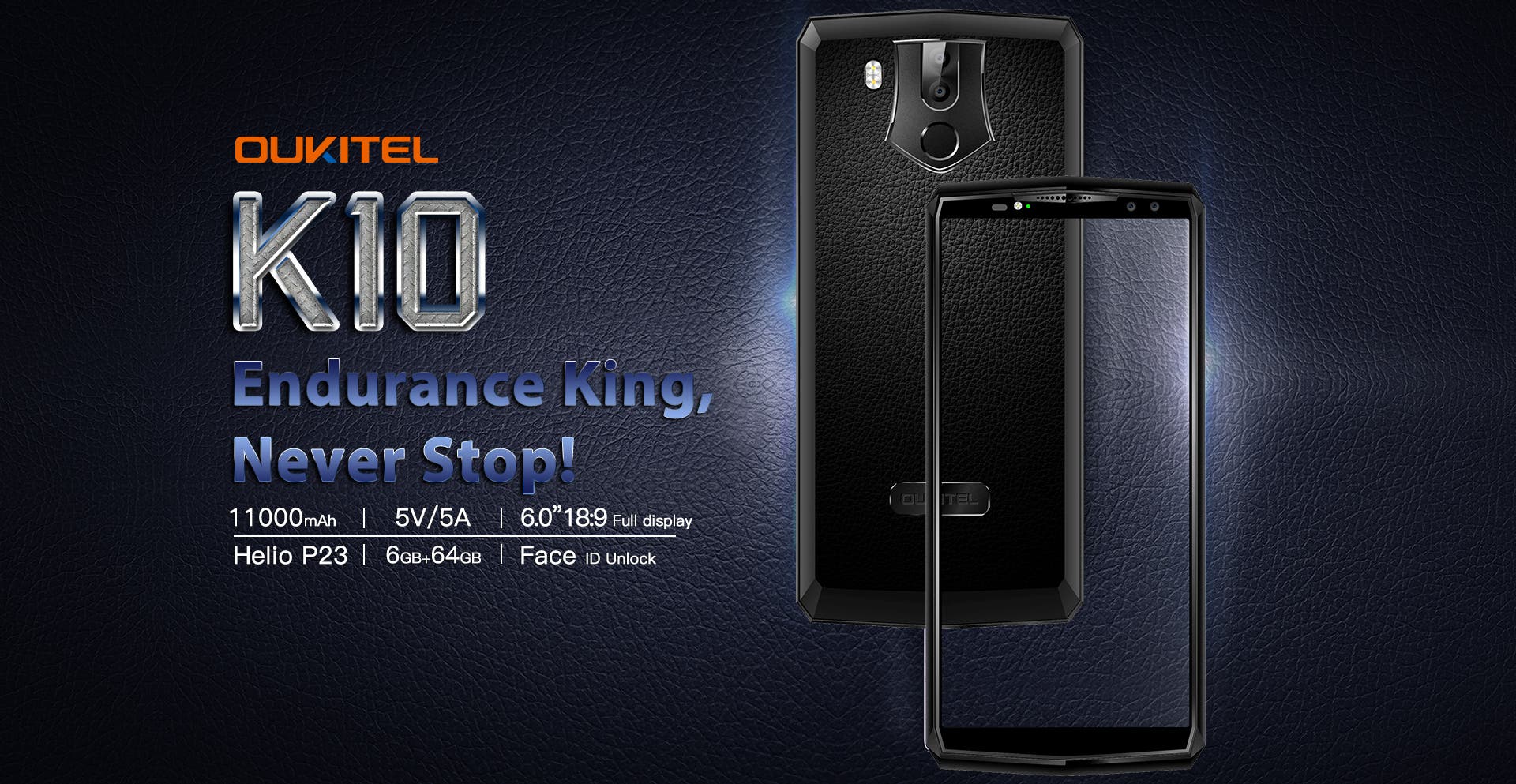 The OUKITEL K10 is still on presale at the time of writing. While the original price is $299.99, you can get it now for $249.99 over on Gearbest. The K10 will be available in two colors: whole black and black with gold, but currently only the black version is on sale. Do you like this 11000mAh battery smartphone? If the answer is yes, you can order one here.

Next InFocus M7s with 18:9 display and dual rear camera announced