Before the release of any flagship device, there are always rumors, leaks, and speculations regarding the expected device. Late last year, Xiaomi CEO, Lei Jun, admitted that the expected Xiaomi Mi 7 flagship smartphone would sport a Snapdragon 845 chipset. He said this during the 2017 Snapdragon Tech Summit held in Maui, Hawaii. Since then, loads of renders and speculations have surfaced online. While some renders have shown a front design with non-existent bottom bezel and a very thin top bezel, others have shown a full-screen design with a notch just like the iPhone X. Now, another render has appeared online, and this time, it reveals the back design of this smartphone. 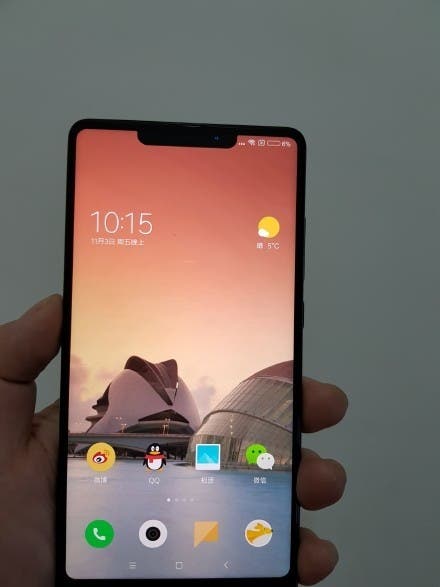 From the rear image, the Xiaomi Mi 7 has a combination of glass and metal design with rounded edges. The camera setup of this smartphone was also revealed from the render. It has a horizontally aligned dual rear camera, and the dual LED flash lies astride the camera to the left. As for the configuration of this smartphone, rumors have it that it will come with 6GB of RAM and a 12MP Sony IMX363 camera. It is also speculated that the Mi 7 will be powered by a 3500mAh battery which supports a wireless charge. Most speculations regarding the price points to a 3000 Yuan ($468) price tag. Well, rumors and speculations are not to be taken seriously because only a small fraction of these leaks turns out to be true.