Chinese manufacturing giant, Xiaomi, had an excellent time in the manufacturing industry in the past year. There were no substantial criticisms to any of its products, and the company was able to lock horns with Samsung in the Indian market. Its annual smartphone shipment target was increased from 80 million units to 90 million units after it was confident that the company would surpass the initial goal. All these coupled with its success in AI intelligence and other technological advancements have given Xiaomi’s CEO, Lei Jun, a slot as one of the top 10 economic figures in China. 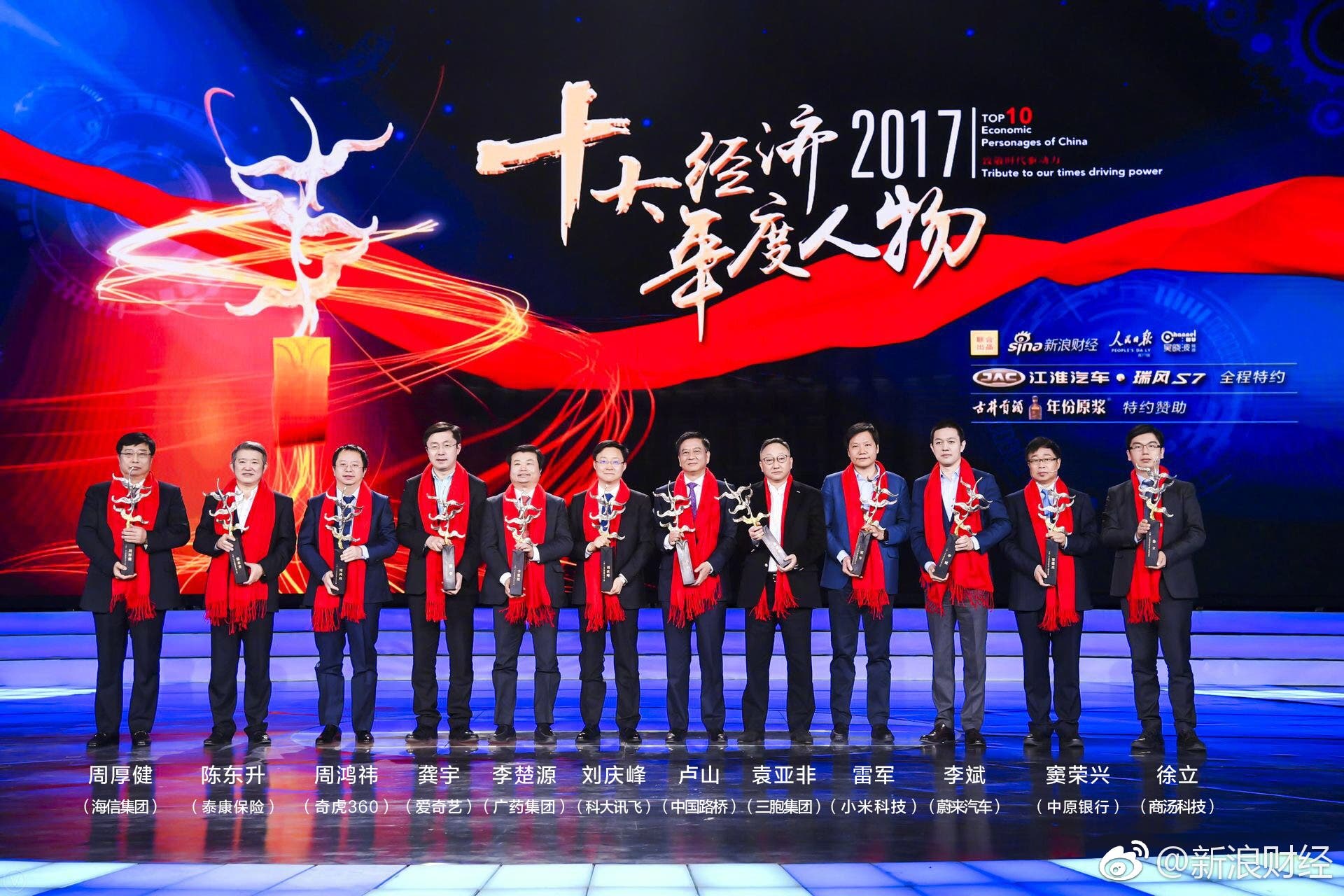 The 2017 Top Ten Annual Character Awards Ceremony jointly organized by Sina Finance, People’s Daily (Client) and Wu Xiaobo Channel was held today, January 28, 2018, at the Beijing Performing Arts Center. Lei Jun was described as the mobile phone industry subversive who rose from the trough to the peak with his insistence on quality and technological innovations. Under his watch, Xiaomi was able to achieve its financial goals in 2017. His new retail strategic layout – opening Mi Stores across the globe have been successful, and it has boosted Xiaomi’s large-scale offline expansion, and this defines a new blueprint for a globalized economy.

Collector and antique connoisseur, Ma Wei, also talked about Lei Jun and he was again described as a “science and technology man,” who is also a “young man of literature.” Xiaomi CEO was not alone on the list, other business moguls who made the list include IFC Chairman, Liu Qingfeng, 360 Group founder and CEO Zhou Hongyi, Ai Qiyi founder and CEO, Gong Yu, Hisense Group Chairman, Zhou Houjian, Guangzhou Pharmaceutical Group Chairman, Li Chuyuan and others.