The Maze Alpha X is the most promising bezel-less phone I’ve used to date. Good battery life, well optimized software, and a great screen are still let down by one critical part of the phone that many other Chinese companies also fail to get right.

Maze is a very new company and their very first phone (Maze Blade) had massive bezels and a mirror like finish, their second phone (Maze Alpha) was quite a good device, and now they are trying their luck with the Maze Alpha X. The phone isn’t packed to the brim with great specifications, Maze has chosen instead to use midrange parts in the phone, Helio P25 processor, 6GB of RAM, and a 3900mAh battery. Will this phone be an even bigger hit than the older Maze Alpha? Spoiler alert: It won’t, but what part of the phone is the huge letdown?

So Close to Perfect 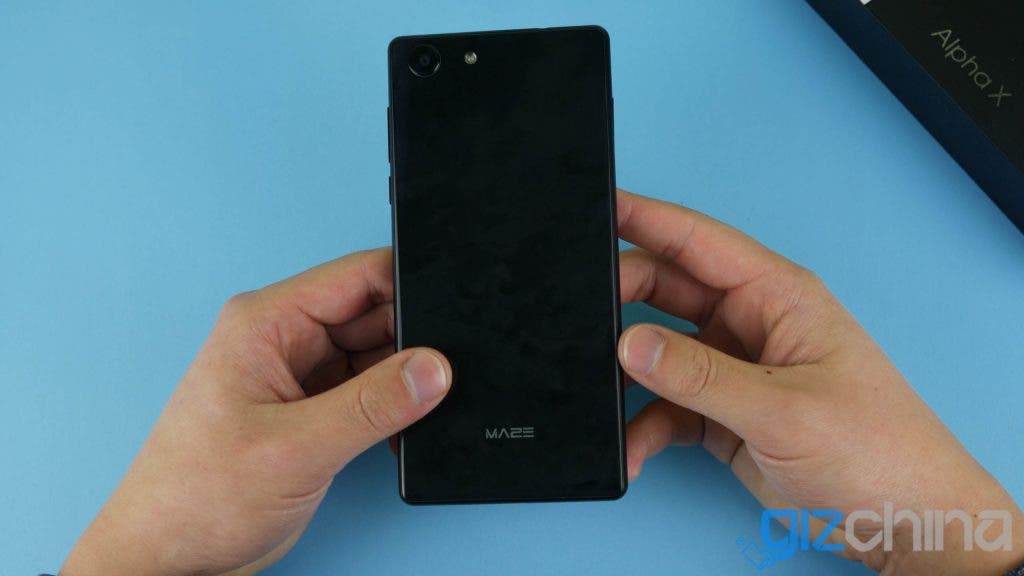 Just like the older Maze Alpha, the Maze Alpha X has a glass front, a glass back, and a metal band running around it. To be honest I really don’t like glass phones anymore because they are not only slippery but they are fragile as well, its so easy to crack the glass back on this phone. There isn’t even a case included for this phone either so you have to get your own. Something else to note is that this phone is very heavy most likely because of the glass front and back and the metal band, definitely not the lightest phone out there. 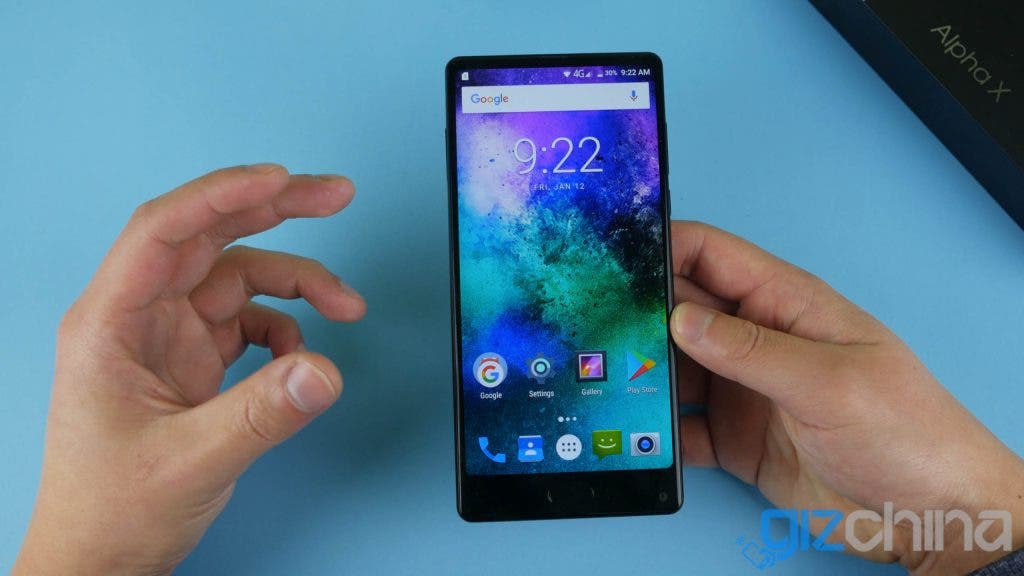 The bezels on the front of the phone are respectable, there are some very decently small side bezels and an OK top bezel, and the bottom bezel is surprisingly small, its definitely not as big as the older Maze Alpha, the bottom bezel contains the fingerprint sensor and the selfie camera that does take photos up your nose, but it doesn’t affect me too much.

There is one weird issue, the USB-C port is deep enough that about 30% of my USB-C cables don’t work, but the other 70% longer cables work. I think the port here is a tad deep. The USB-C cable included in the box does work nicely though.

Well Built, but glass though…

The display on the Maze Alpha X is a 2160×1080 resolution on a 6” display and the screen is quite gorgeous. It is a great LCD display that is very crisp and pretty to look at. If you have some nice colourful photos like I’ve got here, you can see how saturated and deep the colours are and the photos just look amazing. The display does look a bit dramatic compared to other phones, to explain a bit more I mean that the display has that dark, thunderstorm dramatic kind of look that is not present in other devices. 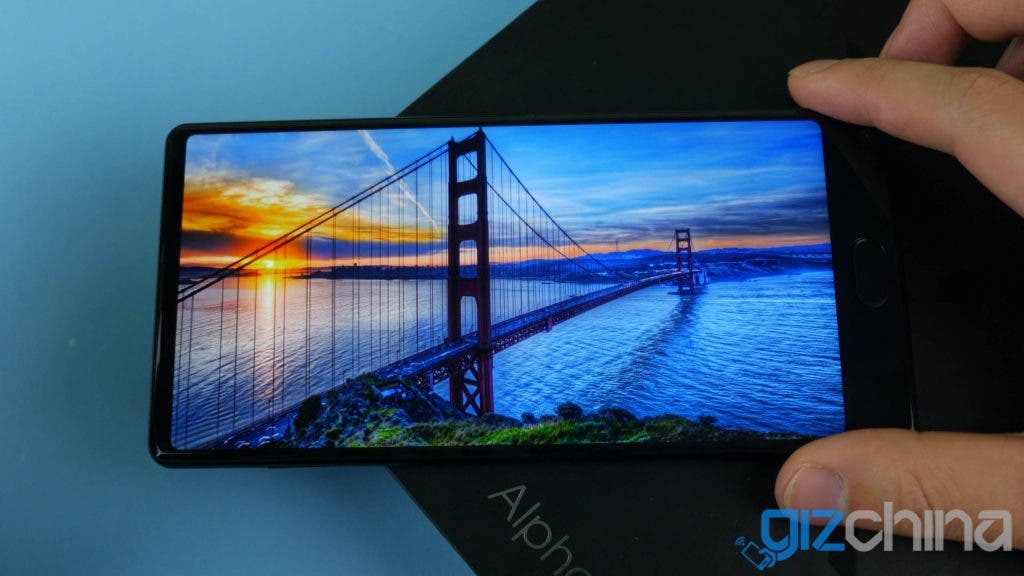 The maximum brightness hits about 450-500 nits which is good enough so that you can see it in bright sunlight, but its still not as visible as AMOLED displays. 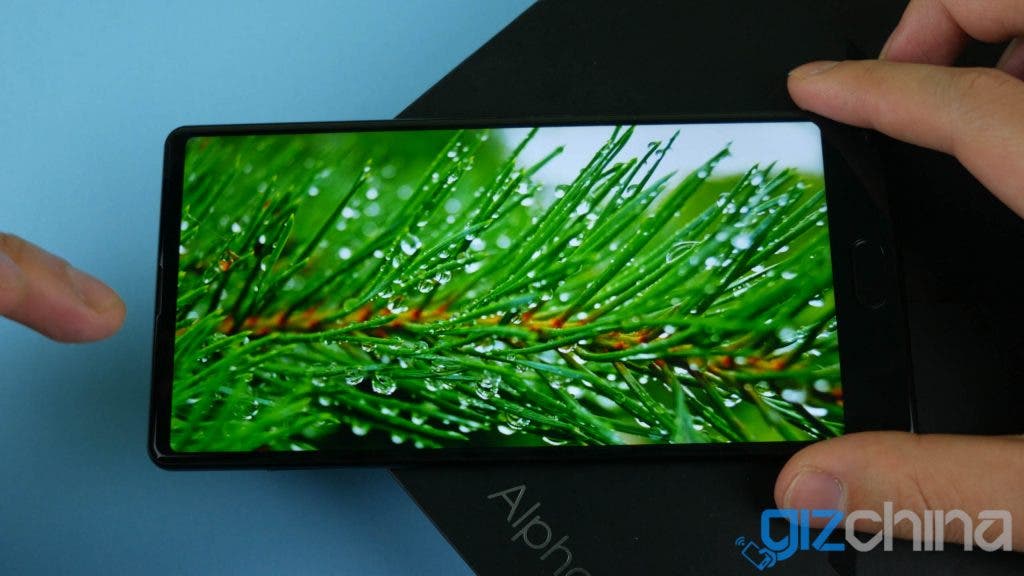 The Maze Alpha X has decent audio, the maximum volume with the volume enhancer off is pretty average, its definitely not loud enough to listen to in super loud environments. Although there is a lack of bass as with many other Chinese phones, I found the speaker to be more than adequate for most users. 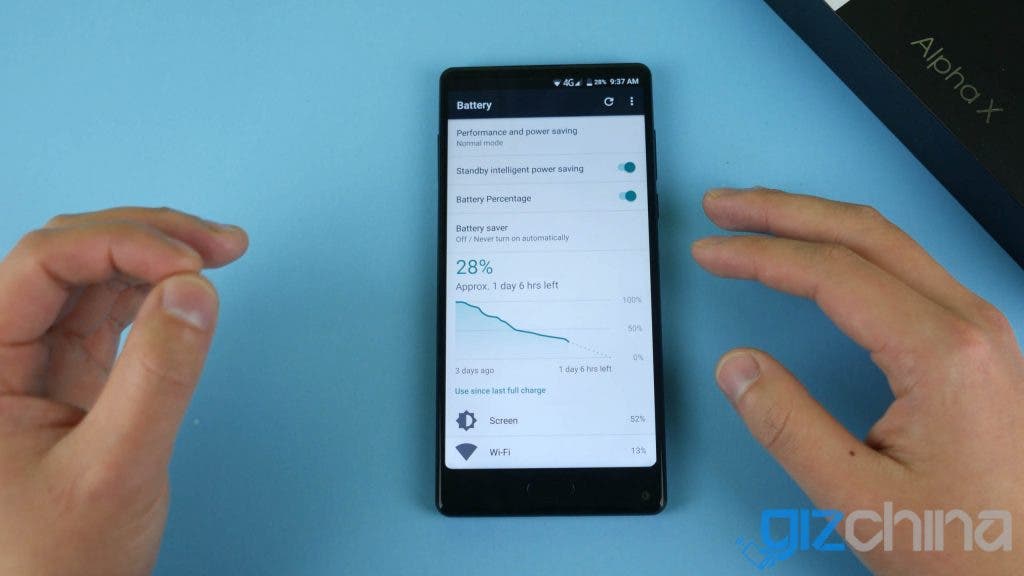 Now battery life, after using the Ulefone Power 3 and the Vernee X, I have to readjust my perspective on battery life again. The Maze Alpha X was able to get around 5 hours of screen on time over 3 days of standby, I have to say that the standby battery life is very good most of the time, I lost 3% overnight, however if you left a few apps open without killing the process (Antutu, Asphalt, Viki/Rakuten) I lost 3% in an hour. So far I’ve only encountered massive standby battery drain with the three apps mentioned above, any other app left open doesn’t drain battery like this. My use was moderate to heavy use, some Reddit, taking photos, Youtube, gaming, and benchmarks, this was definitely a good mix of use so its pretty representative of the use you might get, might be a bit more or less depending on how strong the cell towers are around you. I would say 7-8 hours of screen on time is definitely pretty possible on this phone, however don’t forget the original Maze Alpha with the same battery, processor and bigger screen could get 9-10 hours easily, so more software optimization is needed. 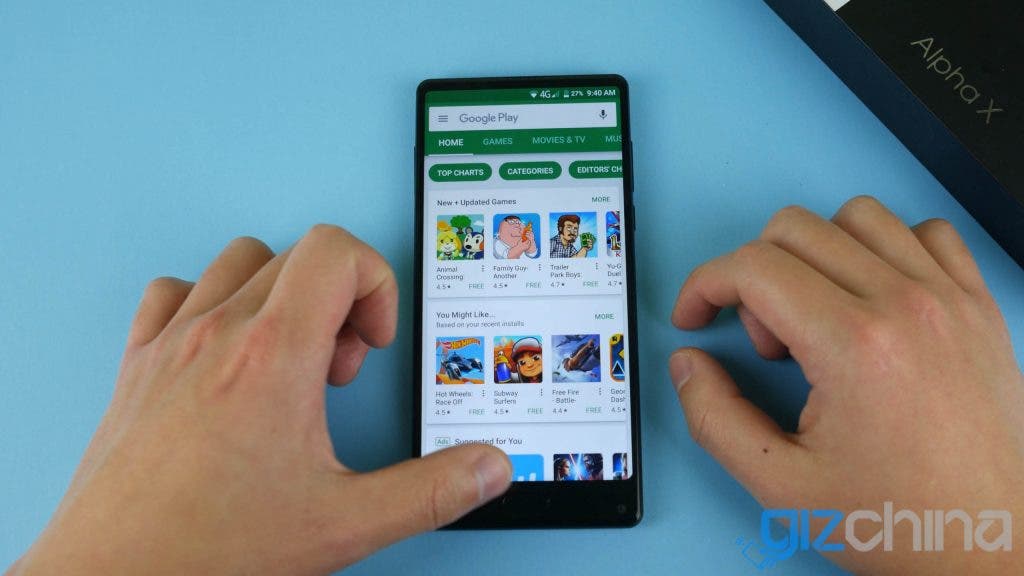 Maze did an excellent job optimizing the software, its super fluid and smooth, and when navigating the UI its actually in some cases faster and smoother than any of my Xiaomi MIUI phones and almost on par with the Xiaomi Mi A1. Its so nice to be able to navigate the phone so effortlessly and fluidly with no stutters. There are virtual buttons that you can hide, and you can actually use the phone without virtual buttons, short tap on the home button is back, and long press is home. However, this is where my first issue comes in. The home button is not responsive at all, you have to tap very hard on the button to get any sort of feedback which makes the experience so much worse.

Launching apps is fairly quick, keeping up with the most well optimized Helio P20 series chips and sometimes beating them, this Maze Alpha X creeps close to the Qualcomm Snapdragon 625 in terms of app launching speeds which is a testament to Maze’s software optimization. Multi-tasking is great as there is plenty of RAM to go around. 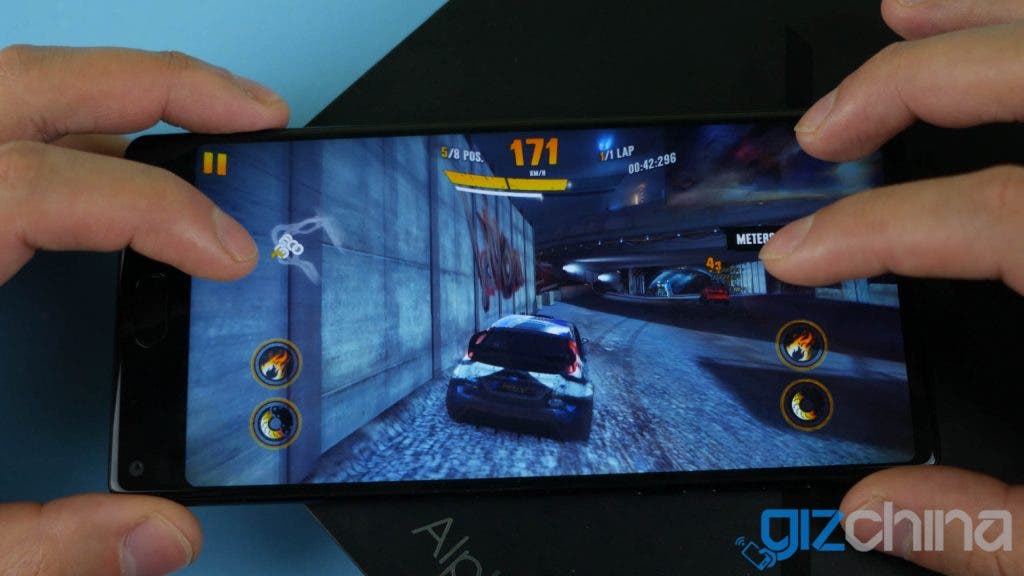 Gaming wasn’t a problem either, I could play many intense games like Asphalt Rally Racing, Mortal Kombat, and Modern Combat (by the way, did the game NOVA disappear from the Play Store?) without slowdowns. Graphic settings had to be turned down in a couple of games but FPS stayed steady.

LTE reception was average and so was the speed. I didn’t see anything outstanding with the radio performance here. WiFi reception was average also, with speeds dropping off noticeably (but not significantly) once I moved about 30 feet away from my router. Bluetooth works fine, and GPS was slow to lock and jumped around a bit.

The camera on the Maze Alpha X is not great. Maze actually did a decent job hiding the copious amounts of noise if you don’t zoom in too far, but you still see it under certain conditions. In great lighting conditions the noise is fairly well hidden from the naked eye, especially on the phone screen. Place it on a 24” monitor and you have to look closely to see the noise. However, once the sun disappears in any way, shape or form, Maze can’t stop the noise from taking over the photos. You can see the noise easily on a computer screen and it gets exponentially worse as lighting gets darker. 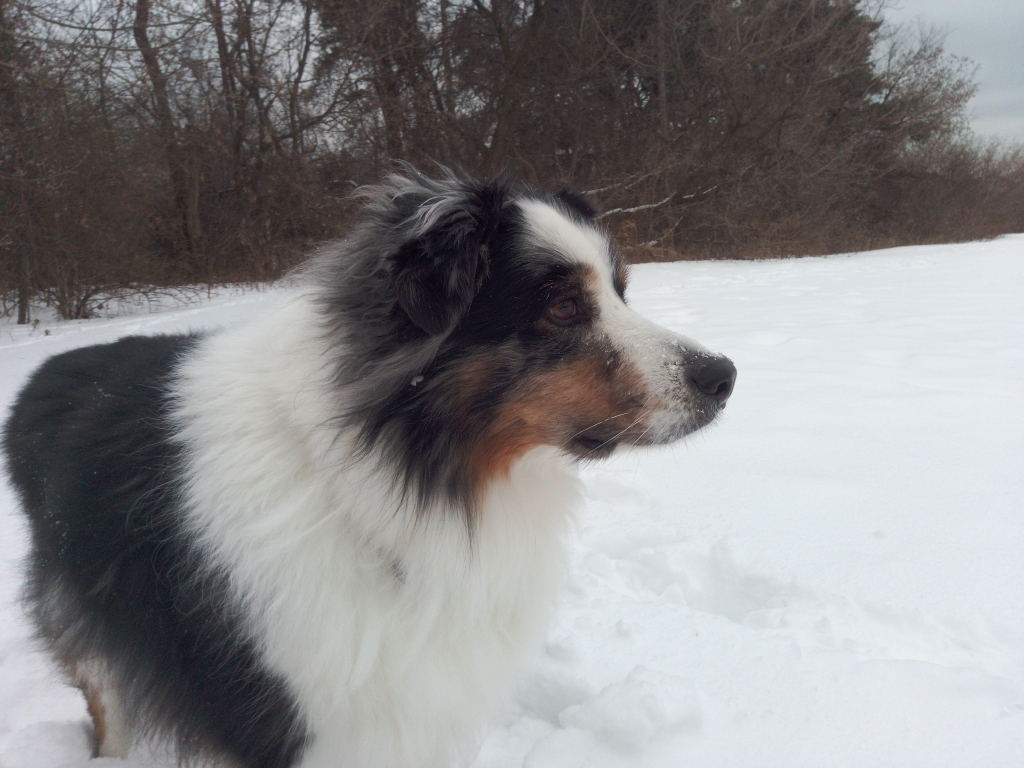 However, with all that being said, I was able to take one absolutely great photo of my dog in overcast conditions, lots of detail, great colour reproduction, and nice contrast. However, the background is still quite noisy. This leads me to believe that the camera’s problem is software, not hardware, since I was able to take such a great photo. 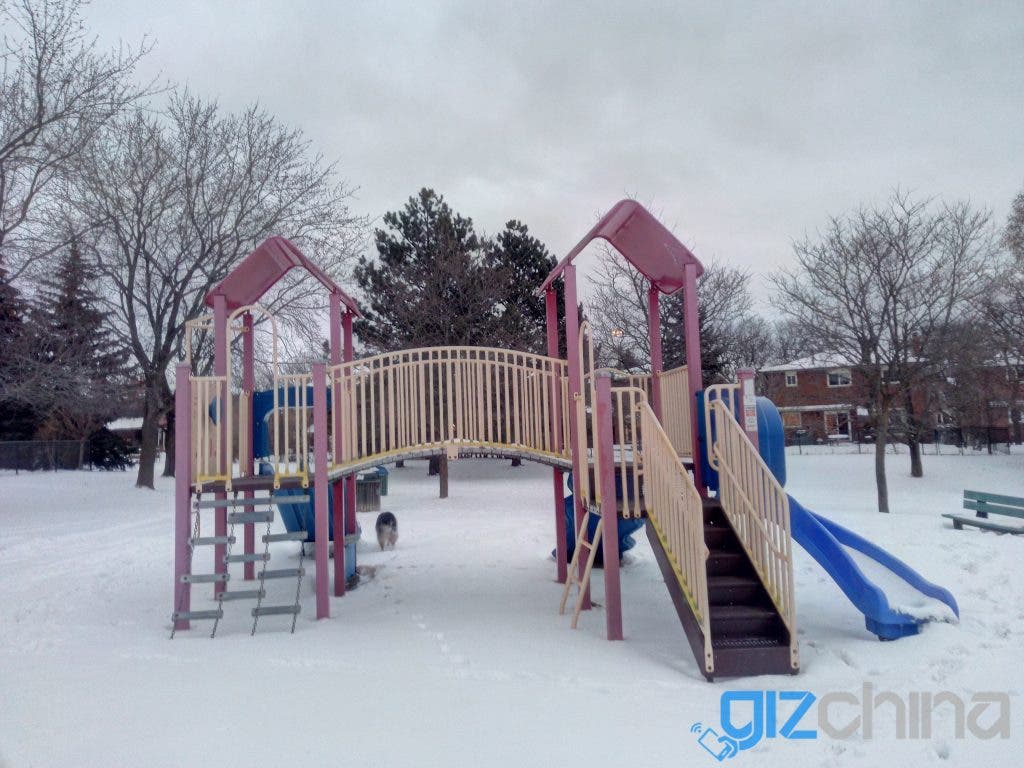 The front facing camera is average here. Video quality maxes out at 1080p and it suffers from the same problem the photos do, the noise. Its very visible if lighting is not absolutely optimum.

Maze nailed every aspect of the Alpha X except for the camera. My dislike of the phone material (glass) is personal opinion and there are many who love it, the display, battery life, and performance are all great, but the camera is very weak. However, I am led to believe that the problem is software since I was able to take one good photo. However at this point, the Maze Alpha X is a no go, and I do not recommend you buy it over the Ulefone Power 3. However, as always, check out the Redmi 5 Plus before you do anything as that still represents the best value to performance of any midrange device.