The Hot S3 combines modern design with a taller 18:9 aspect ratio having a thinner bezels around the display. The Infinix Hot S3 will be taking over from the Hot S2 (though not available in India) which offered a dual front-facing camera at a budget price.

Available in Sandstone Black and Brush Gold color options, the Infinix Hot S3 comes fitted with a 5.65-inch HD+ 18:9 display with HD+ resolution of 1,440×720 pixels and powered by the Snapdragon 430 with 4GB RAM and 64GB for the higher-end model and 3GB RAM and 32GB for the standard version.

The device comes with a 20-megapixel selfie camera with dual LED soft flashlight, 5P Lens, and f/2.0 aperture, while the rear is adorned with a 13-megapixel sensor with aperture f/2.0, PDAF, LED flash as well as a rear fingerprint scanner. The camera above the display is well optimized for low-light photography and capable of taking DSLR-like bokeh selfie shots  in low-light conditions

The device boots Android 8.0 Oreo out of the box with support for a host of connectivity options including the Bluetooth 4.2, OTG support, Wi-Fi, 4G VoLTE, and a 3.5mm headphone jack. Aside from the rear fingerprint sensor, the device also comes with the Ambient Light sensor, Proximity sensor, and a G-sensor. 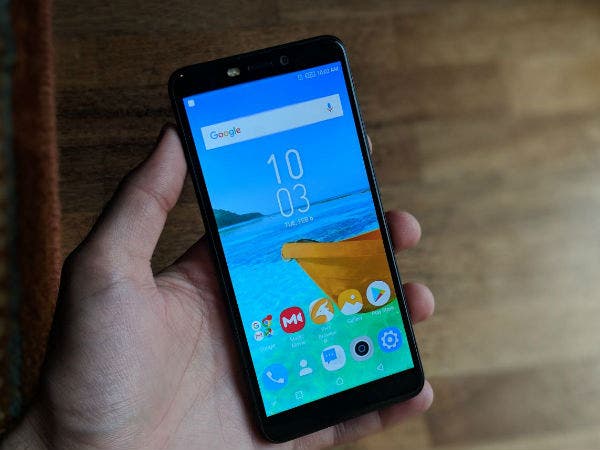 You should be able to get the 3GB RAM and the 4GB RAM variants of the device starting from February 12th exclusively from Flipkart at Rs. 8999 and Rs. 10,999 respectively.

The device is only currently available in India but should make its way to other countries in due time.

Next Tecno Camon i Air with 3050mAh battery, FullView display announced in India