WhatsApp is arguably the most popular instant messenger in India, if not across the globe. It has a massive userbase perfectly suitable for becoming a mobile wallet. And up till now, it has held back on the instant payments feature which would be a perfect fit for it. However, the developers have since last year been working on an instant payment feature for the app. And now it looks like it’s here.

Some users in India enrolled under the beta program reported getting the feature on Android and iOS. Reports say that both iOS and Android implementations of the feature is not the same. Android users with version number 2.18.41 have been seeing the new feature as a server-side switch. While iOS users who have witnessed the function were on version 2.18.21.

From what is being reported, we can say that the feature will be pretty hassle free. Also since WhatsApp will be employing UPI, money transfers will be executed within seconds. The payments button will be visible alongside other buttons gallery, video, and documents in the attachments menu inside a chat. 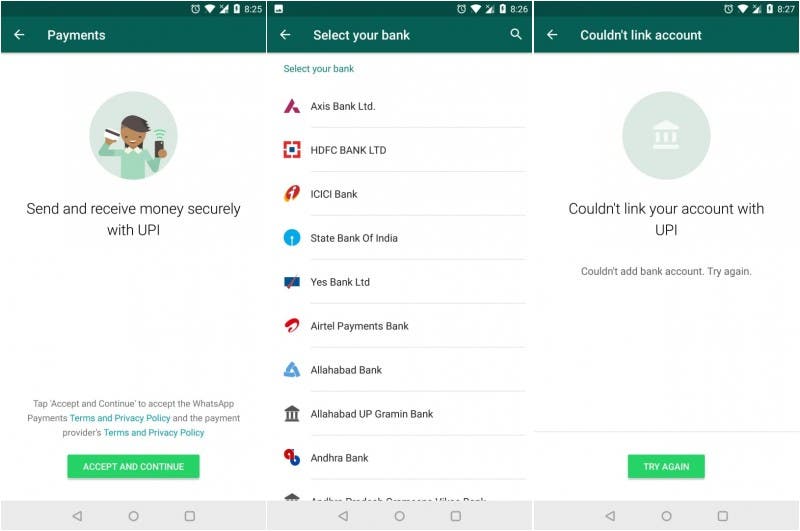 Of course, initial payment will require users to choose the banks and thereafter create a UPI ID to use the service. This is probably a beta testing phase which will end quickly. We’re hoping to see the feature live before the end of February. With WhatsApp jumping on the mobile wallet train, the going will be tough for other apps like PhonePe, Paytm etc. We’ll have to see how people react to this new feature once it arrives. Also, after India, the feature should make its way to other countries theoretically.