Japanese smartphone manufacturer, Sony, is expected to launch a new smartphone at the Mobile World Congress (MWC) 2018 coming up in about two weeks. However, it was surprising to hear that the company is making a last-ditch design change in its upcoming flagship. Last week, the company wrote a letter to FCC (Federal Communications Commission) requesting the dismissal of one of its grants. In the letter, the reason for the dismissal request is “design change.” This request will not be a problem for FCC because the device has not been sold or marketed anywhere since the commission issued the grant. 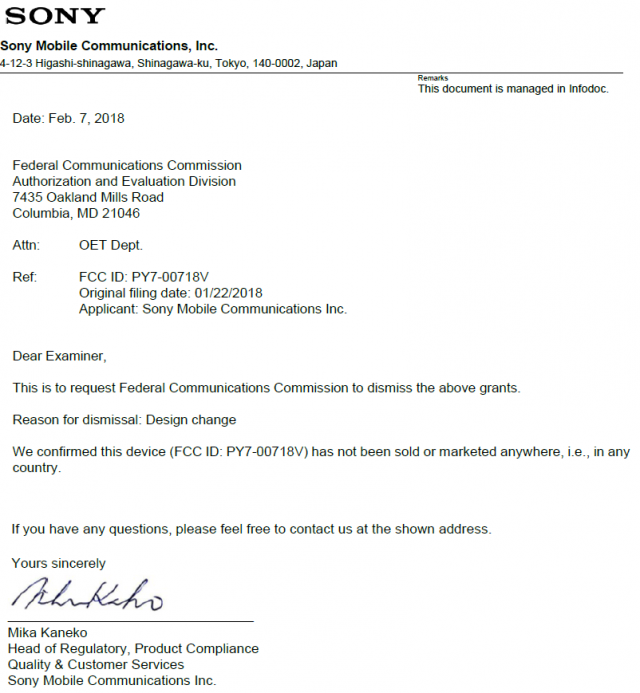 Considering the time frame, we may not see any major changes in the design of the device but the modifications should be conspicuous. In Sony’s letter dated Feb. 7, the Japanese tech giant did not state the exact change that it intends to make but an addition to the display design is more likely. On February 26, Sony will host it’s MWC 2018 press conference where it will unveil its flagship device as well as other mid-range Xperia smartphones.

Previous Elephone Special Sale Kicks Off at Gearbest - Elephone U Starting at $389.99