Every year, Apple holds its WWDC (Worldwide Developers Conference) event. For 2018, the company is yet to announce details of this event but we can speculate when and where this event will hold. For many years, Apple has held this event in June and the company also has the habit using a particular venue consecutively. Between 2003 and 2016, Apple held the event at the Moscone Center in San Francisco. However, last year, the company held the event at the McEnery Convention Center in San Jose and it is believed that Apple will stick to the venue for this year’s event. If this is the case, then a close assessment of the McEnery Convention Center schedule gives a clue as to when Apple will hold its event. The center already has the following bookings 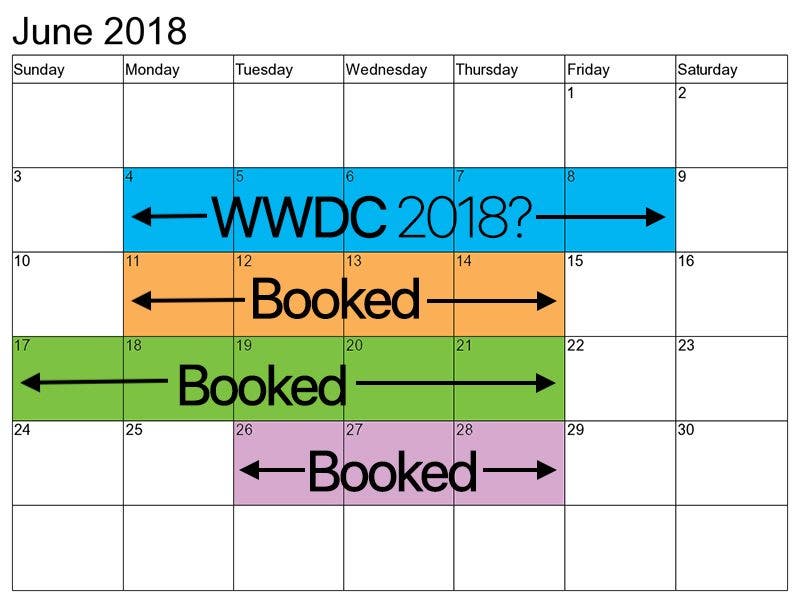 That leaves June 4th through the 8th as the possible dates for WWDC 2018. This event may be used to unveil the new builds of watchOS, tvOS as well as iOS 12. Also expected is the new iPad Pro which comes with a TrueDepth Camera, Face ID, and a bezel-less display with iPhone X-like notch. Tickets for this event is sold for $1,599 but with the high demand, Apple uses a lottery to sieve select people who will gain access to the event. As of last year, 5,000 developers and 1,000 engineers attended this event.

Next Nokia 7 Plus Leaks Again!