The crazy expensive iPhone X is still quite a success on the market, but there are some interesting chinese “clones” of its design coming too. One of the affordable ones is the  newly released OUKITEL U18 which resembles iPhone X’s front and Huawei Mate 10 Pro’s back. The obvious similarity of U18 and iPhone X is mainly the design, however, the notch on the two devices is different and U18 still has a narrow black area on the bottom part, but the usable area is mostly the same. 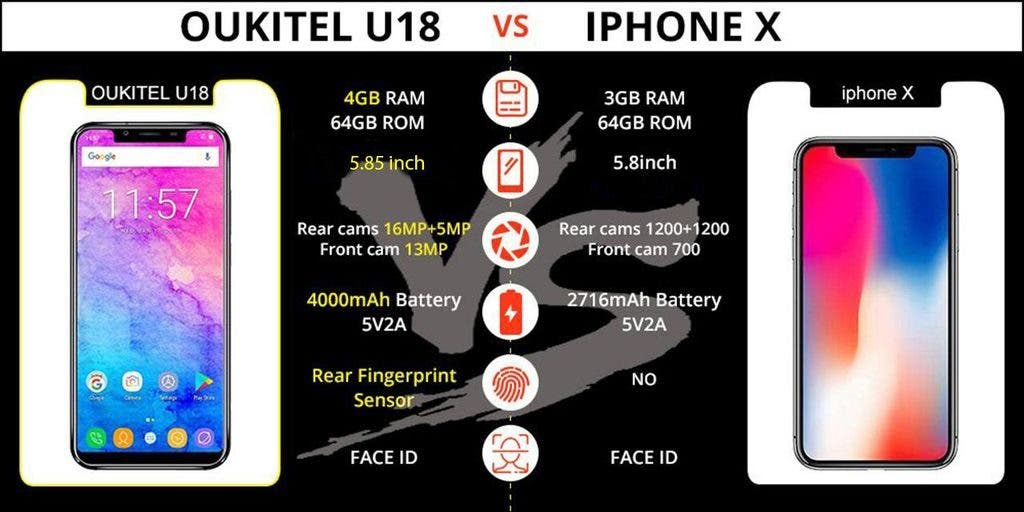 The back cover is a totally difference for each of them though, especially with the position of the rear camera. OUKITEL U18 puts the dual-lens rear camera top middle, while iPhone X top left. And also when talking about the security features, iPhone X relies only on the Face ID, while OUKITEL U18 offers both facial recognition unlock and traditional fingeprint scanner.

Regarding the specs, OUKITEL U18 features a larger 4GB RAM and 64GB ROM, while iPhone X gets 3GB RAM and 64GB ROM. Though nearly same display, U18 is 5.85-inch while iPhone X is 5.8 inch. On paper U18 has also higher megapixel count for the cameras, iPhone X carries 12MP+12MP dual lens rear camera and 7MP front camera, OUKITEL U18 gets 16MP+5MP dual-lens rear camera and 13MP front camera. 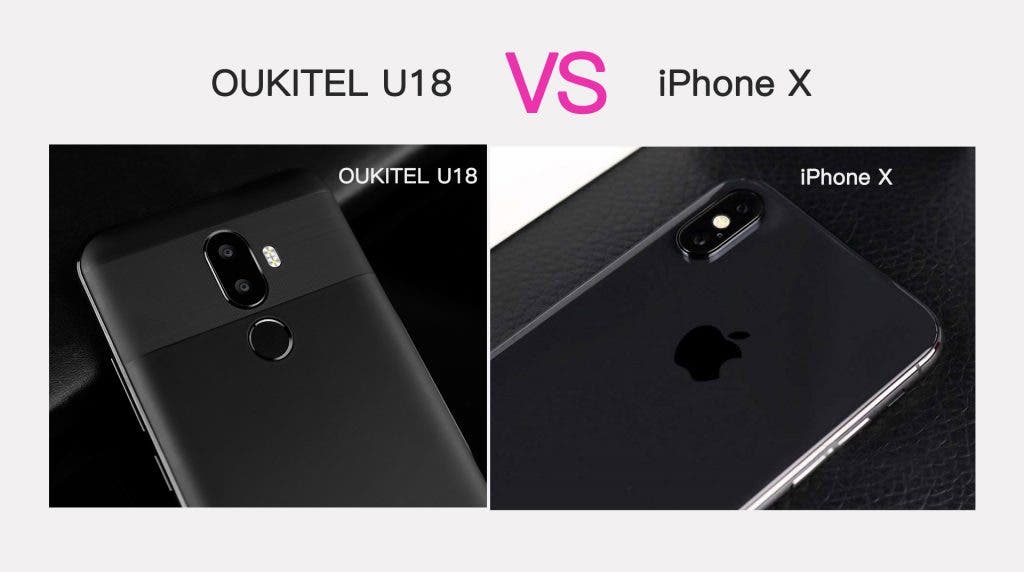 Furthermore, U18 is fueled by a larger 4000mAh battery with 5V/2A charger, while iPhone X features a 2716mAh battery with 5V/2A charger. Last, but not least comes of course the pricing, because OUKITEL U18 is selling at $179.99, while iPhone X starts  at $999. But all things considered OUKITEL U18 is worthwhile for the customers not only because of the lower price. For more information and shopping links you can visit OUKITEL official website.