Prior to MWC, there might be very few precious details regarding the Galaxy S9 that Samsung might be hanging on to. However, each passing day seems to let us in on more info. Yesterday, some interesting info regarding Samsung’s Unpacked event got out via XDA. Samsung has just listed an Unpacked 2018 app on the Google Play Store. This app will actually be used to showcase the upcoming flagship in Augmented Reality. Although the app is free, its only meant for registered and invited users. However, it can be used to live stream the feed on launch day. 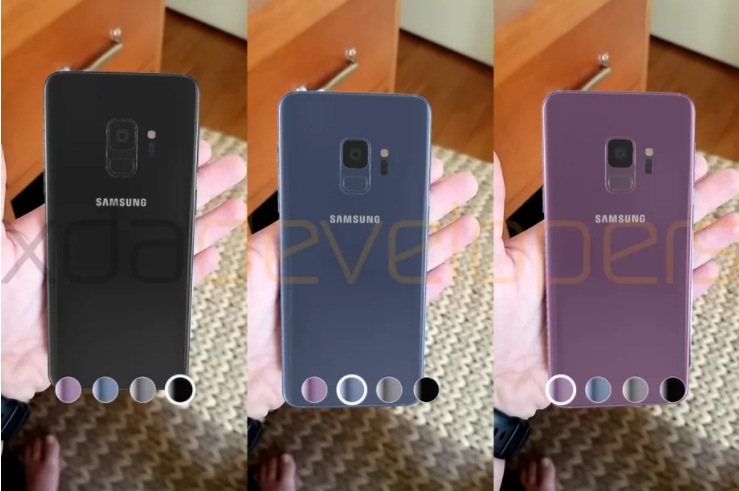 The app underwent an autopsy by a Redditor who found 3D models of the Galaxy S9 hidden inside. Well, technically speaking, the 3D models were not in the app but on Samsung’s website. But some workarounds allowed the source to procure the models.
There’s little more we can say about the device itself than we already know. However, the Purple Lilac colour, the Bixby button, the AKG stereo speaker setup are all visible. A closer look reveals a quad LED flash and the new fingerprint placement as well. For all the renders, visit the source link (XDA) at the bottom of this page.

Earlier this week, a set of official renders of Samsung’s Galaxy S9 has already leaked putting to rest all speculation once and for all. Samsung’s new S series is set to be a very expensive affair for those waiting to take the plunge, according to leaked pricing. Some sources in the UK have suggested a hike of 50 Pounds over the Galaxy S8. The Galaxy S8 cost £690. That means the Galaxy S9 would cost £740. Some even go as far to suggest a heart-breaking hike of hefty £110. Looks like, what goes up… stays up.

Previous Leaked Memo: Nokia To Abandon A Part Of Its Digital Health Business