On February 25, Huawei made a big move by announcing world’s first commercial 5G chipset named Balong 5G01. The latter is the first to support the new 3GPP standard for 5G networks. There are two 5G bands – Sub6GHz (low frequency) and mmWave (high frequency). Theoretically, the chip offers a download speed of 2.3Gbps in comparison to Qualcomm’s X24 that reaches 2Gbps. 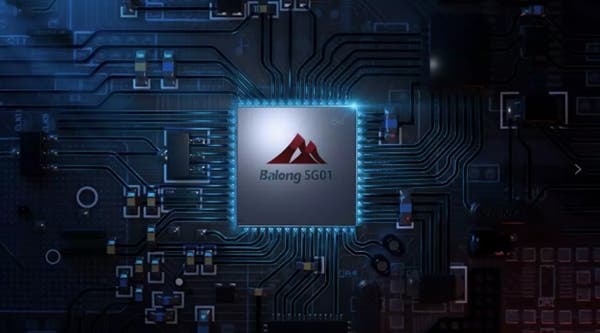 At the same time, it supports two 5G networking modes –NS (Non-Standalone, a 5G non-independent networking, and a 5G network architecture on LTE) and SA (Standalone, a 5G independent networking that does not rely on LTE). Moreover, with the release of this chip, Huawei becomes the first company to offer ‘an end-to-end 5G solution through its network, devices and chipset-level capabilities.’

According to the standards defined by the ITU (International Telecommunication Union), 5G networks have three features: high speed (enables peak downlink rates of up to 20Gbps), wide connectivity (connects 1 million devices per square kilometer), and low latency of as low as 0.5ms time delay. Thus, the 5G is not only the connection between people but also will expand the connection IoT. 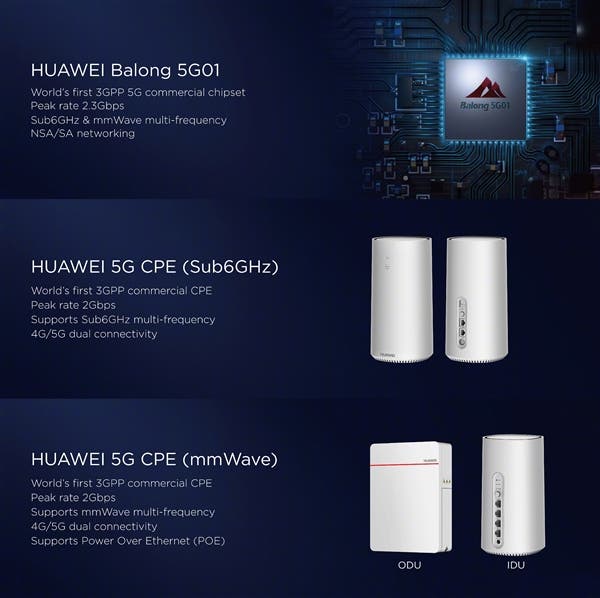 It is estimated that by 2025, the number of global connections will reach 100 billion, of which object-based connections will account for 90%. That’s why Huawei will also launch 5G industrial modules such as CPE, mobile WiFi, car-mounted boxes that will likely be used by everything from self-driving cars to mobile devices to smart homes. As Huawei CEO Richard Yu says that his company has invested $600 million in the network technology. It has established 11 5G research centers in the world (France, the United States, Canada, Germany, Russia, Sweden, Chengdu, Shanghai, Beijing, Shenzhen, and Hangzhou). Plus, they have invited thousands of 5G research experts from every corner of the globe.

At this moment, the peak rate of 5G network measured by Huawei in the 5G experimental network has reached 20.25Gbps with a delay as low as 0.33ms. The maximum amount of connected devices per 1km is 2.17 million. Thus, it completely meets the ITU standards.

In addition, Huawei has cooperated with more than 30 top carriers in the world such as China Mobile, China Telecom, China Unicom, Vodafone, Softbank, T-Mobile, BT, and Telefonica to launch 5G pre-commercial network in 2017. In 2018, it will promote the industrial chain and complete interoperability testing. So the first smartphone with a 5G connectivity option will be launched by Huawei in the fourth quarter of 2019.

Next Design and Specs: Samsung Galaxy S9 and S9+