Today, ARM officially announced the launch of its new Mali G52 and Mali G31 GPU. The former is designed for high-end devices and it focuses on energy-efficient SoC. Mali G52 is equipped with AI learning technology. Its performance is 30% (3.6 times) better than its predecessor (Mail G51) and it consumes 15% less power. The 3.6 times increase in machine learning workloads is attributed to the fact that the new ALUs can now handle 8-bit dot product operations. The reference design is a Cortex A75 + A55 CPU design based on DynamIQ with a CCI-550. 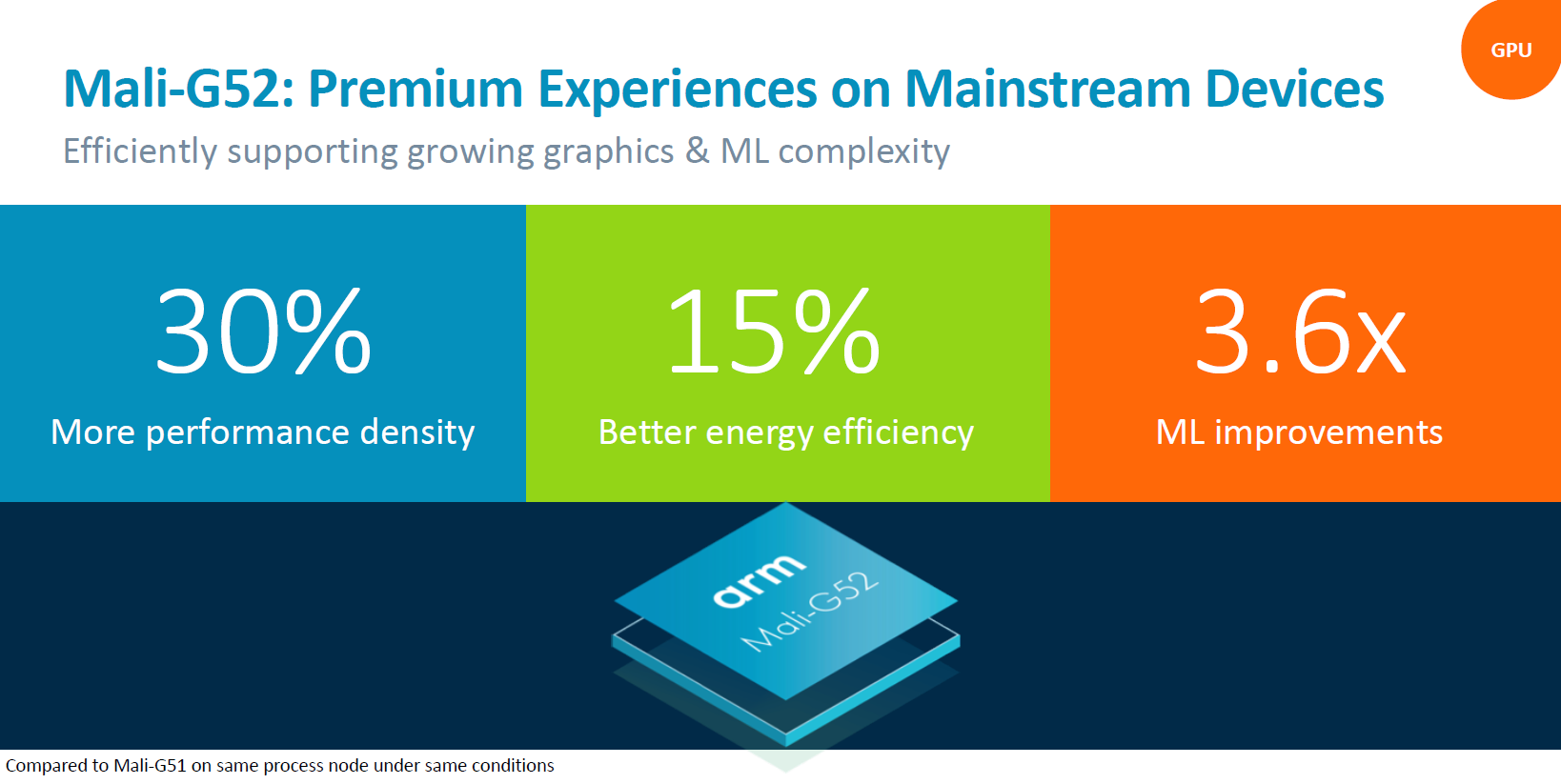 As for the Mali-G31, it is an improved version of the Mali G51 MP2 that includes a 20% reduction in area, a 20% performance increase, and a 12% improvement in UI performance, aiming to replace the older Mali-400 series which is arguably ARM’s most successful GPU. 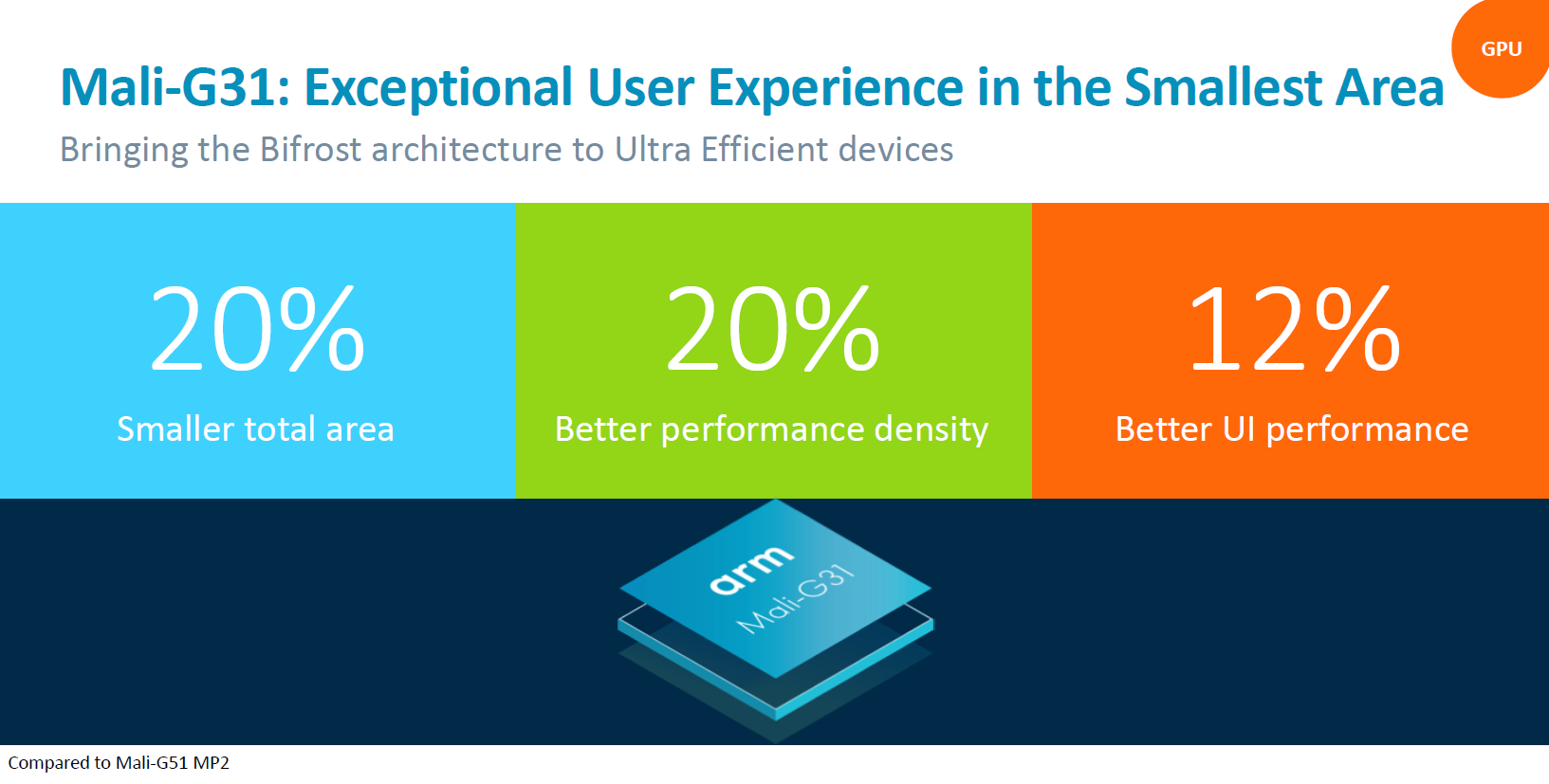 It should be noted that the Mali G52/G31 is still the third generation of ARM chips in the core architecture, that is, Bifrost (Rainbow Bridge), and the same source with Mali G71, complete support for Vulkan, OpenGL ES 3.2.

In addition, ARM also announced the Mali-D51 display processor and the Mali-V52 video processor, which are the core IP cores provided by ARM on a voluntary basis. 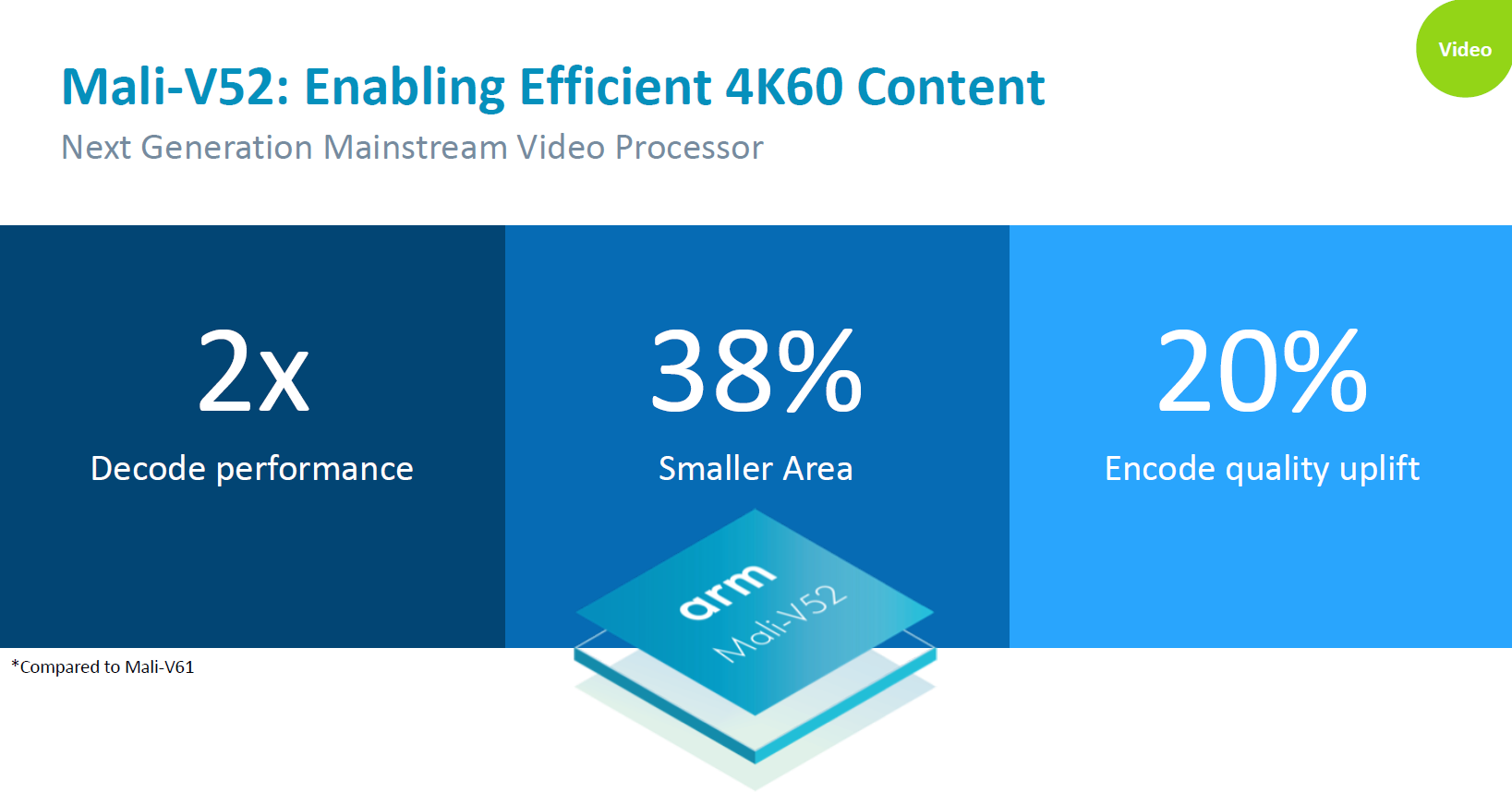 For example, V52, supports 4K 60FPS air decoding and when compared with the V61, it has 2 times the decoding performance and its area is reduced by 1/3.

Previous Why iPhone Fans Do Not Switch to iPhone X?

Next Samsung Galaxy S9 and S9 Plus launched in India, pre-order starts today