Android 9.0 or Android P as we call it right now is finally out. Google has released the first Developer Preview of the OS for some special Pixel devices that we will list below. News was in the airwaves that Google would release Android P (Pie?) sometime in mid-March. But here we are. First, let’s take a run down at what’s new in the brand new Android version. 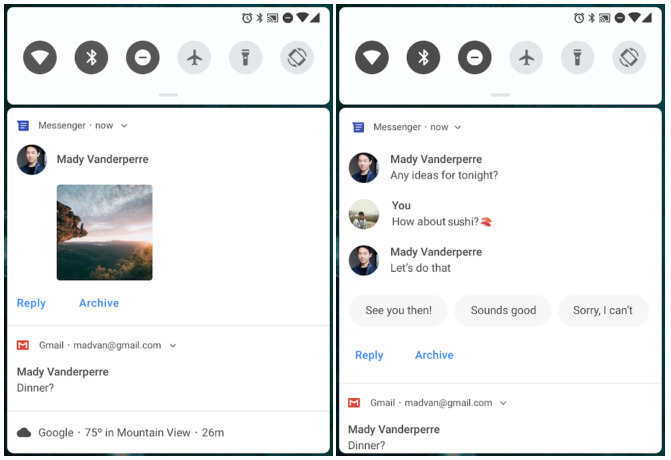 We did have notification channels in Android Oreo which are still not working perfectly by the way. But Google has enhanced them to show even more information with Android P. As you’ll see in the images below, now images and stickers, as well as conversations, can be seen in full without needing to open a certain app. Also, there will be smart replies like the Reply app. Also, now the time is shown on the left side of the status bar instead of the right side. 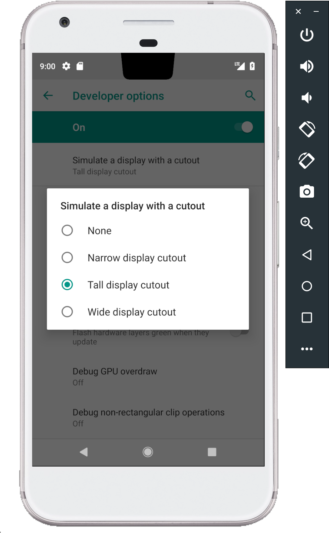 We may hate it as much as we want. But the notch is here to stay. So, with Android P Google has allowed developers to design their apps keeping the notch in mind. Devs will be able to optimize their apps to fit the notch or they can even exclude the notch altogether.

There isn’t much info on this but it allows apps to gather data from more than once camera lens. Obviously, this is for dual camera devices.

Android P adds support for IEEE 802.11mc WiFi protocol or Wi-Fi Round-Trip-Time. This allows apps to get indoor positioning data at an accuracy of 1-2 meters.

There are a lot of under the surface changes as well. For example, there’s an enhanced Doze Mode, better Standby time and background limits. Google has added support for more video and image codecs such as HDR VP9 Profile 2 and HEIF.

Google also announced OpenMobile API for NFC payments and secure transactions. Apps written in Kotlin and running on ART (Android Runtime) will also get a boost in performance. Like it was reported earlier, Android P will restrict background apps to access the camera and microphone.

Of course, there are more. But as people get their hands on the new builds, we’ll be able to hear more details about them. For now, you can check this link here.

Below are the devices currently supported and links to their firmware courtesy of XDA.