Chinese multinational technology company, Lenovo is well known for laptop manufacturing but the company has a couple of decent smartphones. 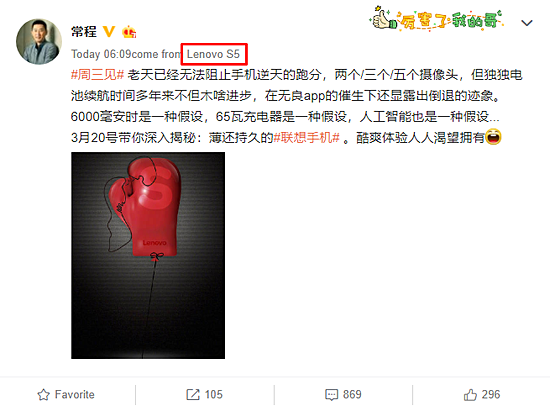 Today, a Lenovo executive officer – Chang Cheng, took to his official Weibo page to unveil some information on the expected Lenovo S5 via a teaser. The teaser revealed that this smartphone will be launched on March 20 and the teaser was posted using the Lenovo S5 which has not been announced. 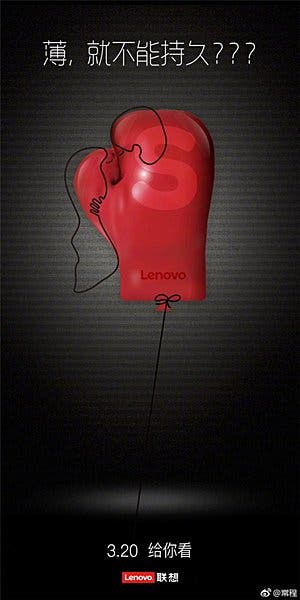 The post also indicates that this smartphone will sport a huge 6,000mAh battery. This is not the first time that Mr. Cheng will be unveiling salient information regarding an upcoming smartphone. 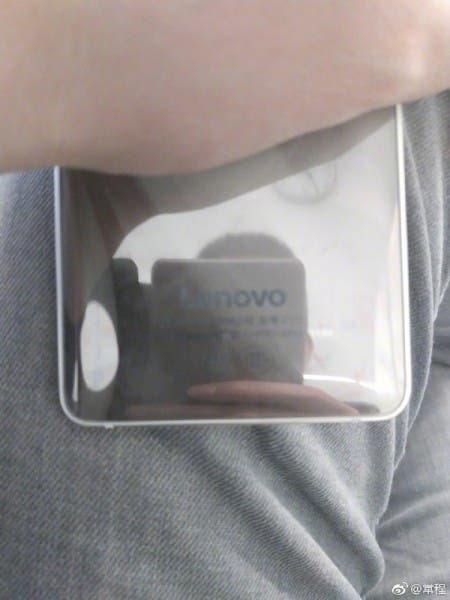 Recall that some months back, he posted an image of a smartphone with a curved design and glossy metal body. This may also be for the Lenovo S5 but all these are just speculations and nothing has been confirmed.