The Meizu E3 is launching on the 21st of March ahead of which it has been listed on Android’s Official Website listing out its specs and giving us a look at the design. 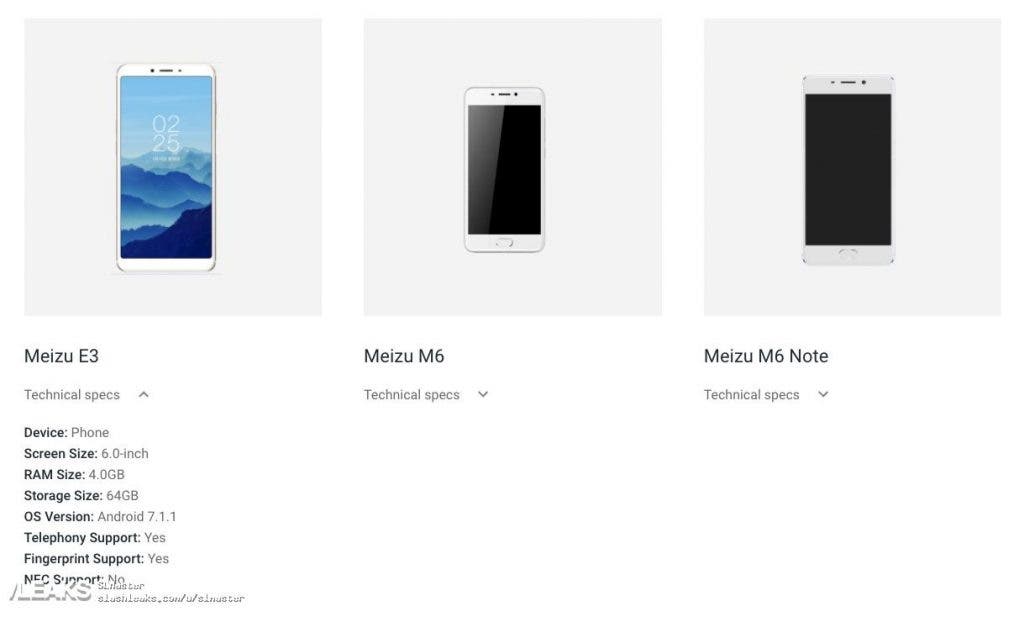 The E3 reportedly has a full screen display and looks very similar to the Xiaomi Redmi Note 5 Pro. Earlier renders actually show a lot of similarities in the design, both from the front and the back. The Meizu E3 will sport a 6-inch full screen display which will have an 18:9 aspect ratio. The front tcanera will sit on the top bezel while the bottom bezel will be void of any physical or capacitive buttons. The listing reveals a few specs too, including the RAM which is a standard 4GB and the memory which is 64GB. It will run Android Nougat 7.1.1 and not Oreo as far as the listing tells us. It does have fingerprint support so the scanner will either sit on the back or the side. Earlier reports hint at a side mounted fingerprint scanner.

Meizu confirmed via Weibo that the E3 will be launched on the 27th of March at 9.30 PM local time at the National Convention Center in Beijing. The price is estimated to be upwards of ¥2000.

Previous Meizu 15, 15 Lite and 15 Plus Listed on Android's Official Website