The Mi Mix 2s has been an impressively kept secret in a time when leaks run rampant. Well, at least up till now. A new set of images of that give us a very clear look of the handset’s bezel-less design have now leaked. The handset is set to be revealed in Shanghai on the 27th of this month. 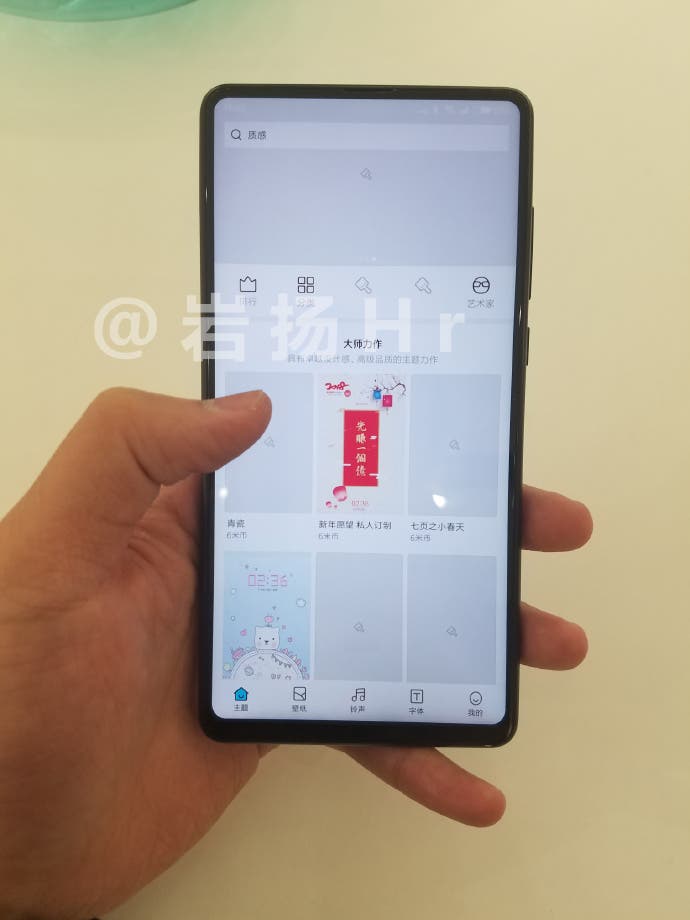 As you can see in the above image, the front bezels of the Mi Mix 2s are very clear and slim. Xiaomi has further trimmed down the bottom bezels to a bare minimum. The handset looks pretty amazing. If you were to ask us, it comes close to the Vivo Apex in screen-to-body ratio.

Earlier leaks hinted at a notch on the top right of the Mi Mix 2s. But we’re now convinced that it will not be the actual design. According to our source, the Mi Mix 2s will also sport an in-display fingerprint reader. This would make it the first Xiaomi device to come with the hidden sensor. A dual camera setup on the rear is all but teased by an official Xiaomi video. The front selfie shooter is now repositioned at the centre of the bottom bezel if you look closely.

Interestingly, the Mi Mix 2s will also support slow-mo, as per our source.
Other specs include the Snapdragon 845 SoC, 6GB of RAM, and a 3,400mAh battery. Moreover, recent leaks suggested that the screen will measure 6.0-inches and rock a Full-HD+ resolution. Also, it was tipped to feature the SonyMX363 sensor, according to leaked firmware. Excited about the Mi Mix 2s?

Previous Entry level UMIDIGI A1 should be the first with MT6739 and Android 8.1

Next VIVO V9 unveiling set for March 27 in India