LEAGOO is on the roll recently and seems like that they are primed to release yet another new phone model very soon. We have seen plenty of the new phones from them at the MWC 2018 in Barcelona, but this should be something else and special. Because the leaked LEAGOO XRover will be a rugged device and we know the full specs of it already. 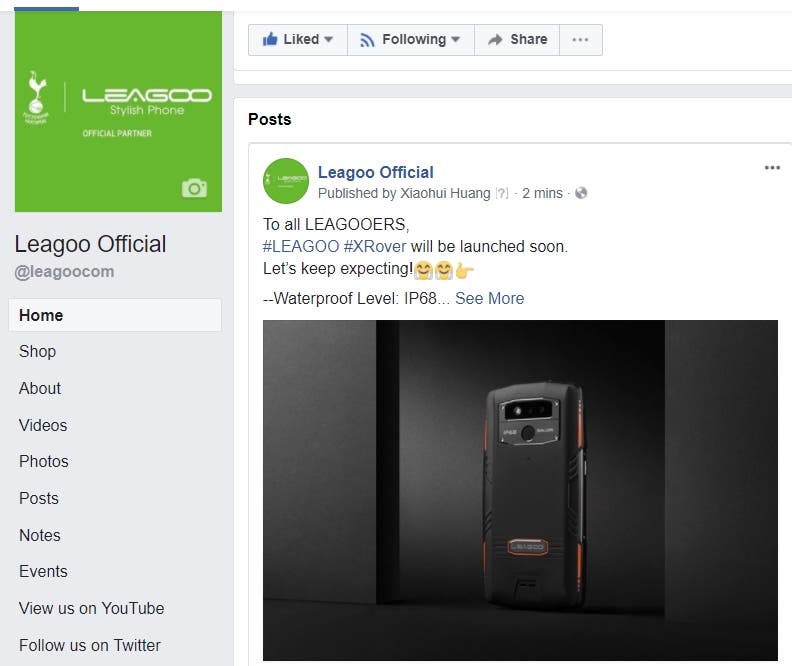 All the information is taken directly from LEAGOO’s official Facebook post so it should be pretty much spot on. LEAGOO XRover should launch in April and the retail price should be set at $269.99. Looking good and at least it’s not yet another notched design phone.