For some years now, Samsung has dominated the OLED display manufacturing market. Although some Chinese companies like BOE have a huge prospect, they are not yet at Samsung’s level and the South Korean company needs a real competition. Now, information from inside Apple suggests that the US tech giant is quietly designing its own screen and producing the screens required for its equipment. It has now begun testing at a secret factory in its California headquarters. According to the report, Apple is investing heavily in the development of next-generation Micro LED screen technology. Since Micro LED uses a different lighting architecture than the current OLED screens, the application of this screen will make the device thinner, clearer, and more energy-efficient.

The report further pointed out that because the production of Micro LED screen is much more difficult than OLED screens, Apple once abandoned the project but currently, a lot of progress has been made though it is still a few years from commercialization. This will definitely help Apple get rid of its major screen supplier Samsung Electronics. However, this move will also hurt some screen manufacturers, such as Japan’s Display, Sharp, and South Korea’s LG, etc. In addition, companies like Synaptics, a man-machine interface solution provider, will also be affected. 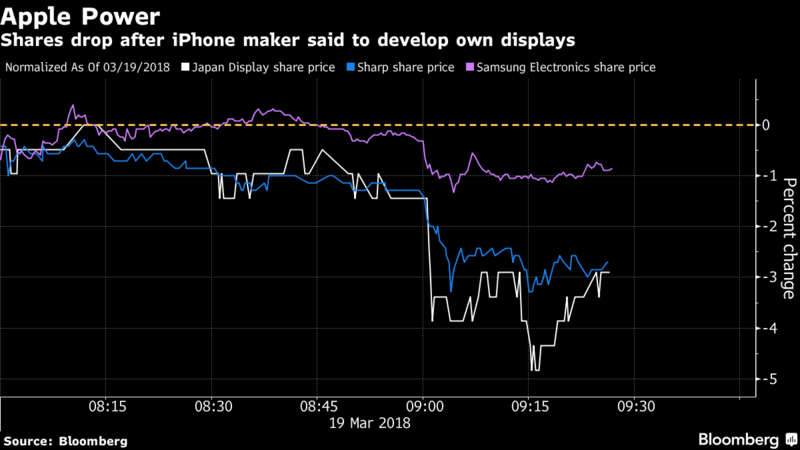 This news had some impact on the major screen manufacturers around the globe. Samsung stock price fell by 0.78%, LG by 1.1%, Sharp by 2.4% and Japan Display was affected the most as its stock price dropped by 2.42%.

Next Spreadtrum working on 5G & AI chips, partnering with LEAGOO