Japanese smartphone manufacturer, Sony, is currently ditching out a new firmware update for the Xperia XA2 series and L2. The Xperia XA2 and XA2 Ultra received an update with build number 50.1.A.4.102 which come with Android security patch for January. The update is not entirely new as it was first released a couple of weeks ago. 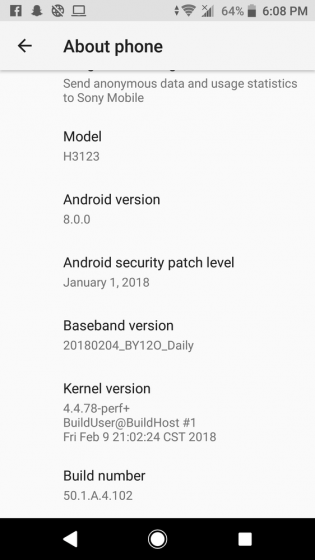 In addition, the Xperia L2 update bumps the software version from 49.0.A.2.62 to 49.0.A.3.72.As of now, the complete changelog of this update is not listed but it appears that this is only a minor update

Have you received this update? If yes, what are the changes that you observed? Let us know in the comments below

Previous At Least 30 Xiaomi Smartphones To Get MIUI 9.5 Update