Meizu has today officially announced the Meizu E3, and yes, as revealed by previously leaked images, the device has a Super mBack fingerprint sensor on the right side and does indeed pack some impressive software and hardware at affordable price points.

As we’ve seen from leaks, the Meizu E3 has on its right-hand side a fingerprint scanner, and the power button, while the volume rocker sits on the left-hand side of the device. The device is encased in a metal unibody design measuring 156.8 x 75 x 7.6 mm and weigh in at 160g. A dual rear camera module with LED flash sits at the upper right-hand corner, while a beautifully crafted antenna bands run along the top and bottom edges of the back panel.

Talking of the photographic features, the Meizu E3 comes with a sapphire glass protected dual-camera setup with LED flash on its back, but only a single module exists on the display front. The rear camera includes a 12-megapixel primary camera with dual-tone LED flash, 1.4μm pixel size, Sony IMX362 sensor, f/1.9 aperture, coupled with a 20-megapixel secondary camera with Sony IMX350 sensor, f/2.6 aperture, 2.5x loss-less zoom. The rear cam is capable of portrait mode with background blur, while a single 8MP f/2.0 camera with facial recognition feature sits above the display for selfies.

Meizu E3, unfortunately, runs on Flyme OS 7 with Android 7.1.2 out of the box. It comes packed with a 3360mAh battery with mCharge fast charging which the company claims can jack up the battery up to 53% in 30 minutes using 20W charger.

The Meizu E3 will be available for pre-order on Meizu’s online store, TMall, JD, and Suning starting from March 26, while shipping is tipped for March 30th. 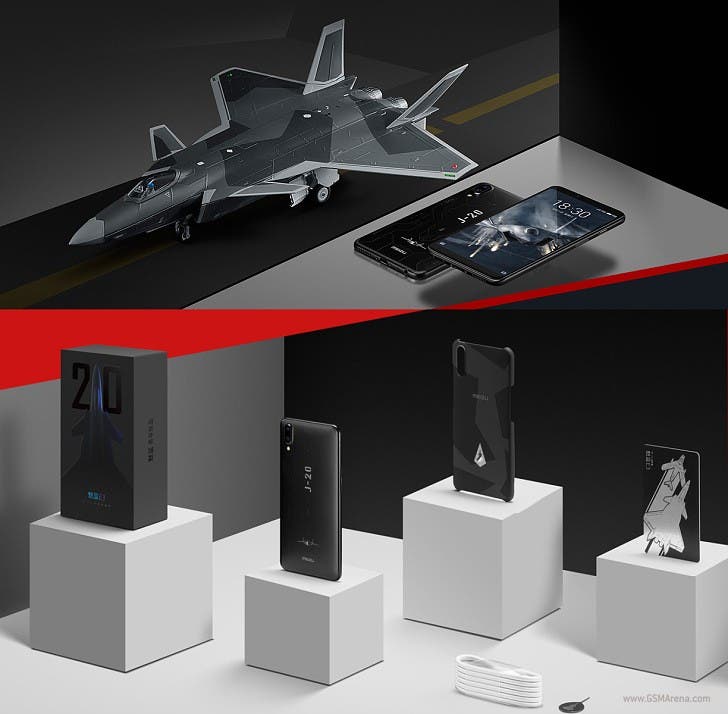 Been a limited edition device, Meizu will make 2,000 units of the Meizu E3 J-20 available from April 9 and will come bundled with a customized J-20 case, a memorial card and SIM-eject pin.