While the Huawei P20 and P20 Pro are in the limelight as the flagships to reckon, the press invite for the Honor 7A has been revealed. The Honor 7A is all set to be unveiled on the 2nd of April. 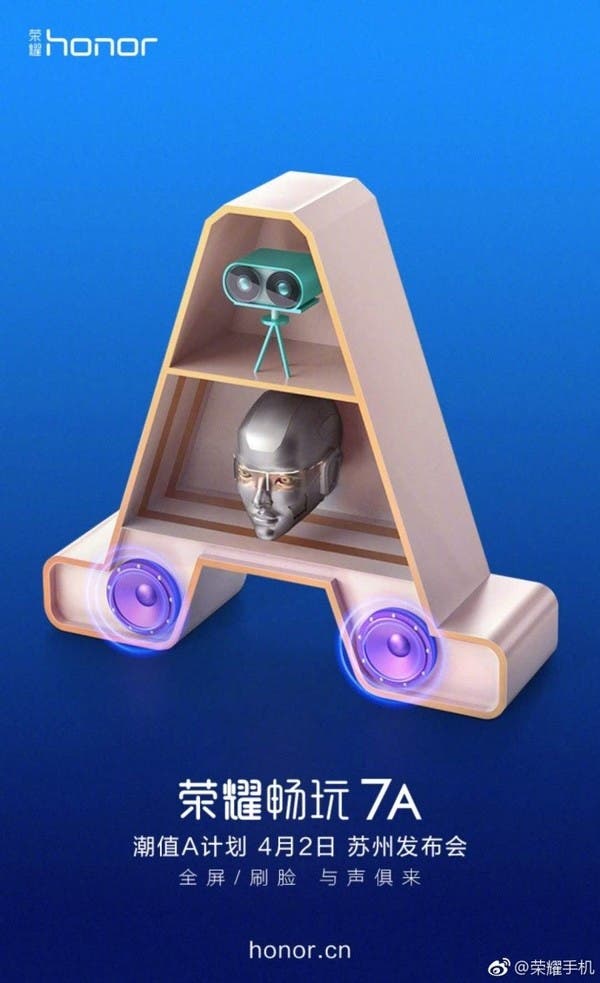 The 7A made an appearance on TENAA yesterday revealing pretty much everything there is to know. Successor to the 6A, the latest offering from Honor will be an upgrade over its affordable predecessor. Going by the design, it has nothing special going for it. Speculations say that the phone will stand tall with a 5.7-inch display that has a 720 x 1440p resolution and 18:9 aspect ratio. Powering this unit will be the Qualcomm Snapdragon 430 chipset with 3GB of RAM and 32GB of onboard storage. Although it lacks a notch and a fingerprint scanner, it does have a dual camera setup on the front, comprising of  13MP and 2MP snappers coupled with a dedicated LED flash. On the back is a 13MP single lens camera. The poster that was revealed hints at the possibility of dual speaker units at the bottom of the phone. The micro-USB port is actually flanked by two grills, so we might be looking at a dual speaker setup here.

Honor is all set to unveil the 7A on the 2nd of April with a price tag that is speculated to be around 1499 Yuan.

Next vkworld slashes down the prices for the AliExpress Anniversary Sale