UMIDIGI just unveiled the final specifications of a smartphone that has pretty much all you can ask for at less than $100 – the UMIDIGI A1 Pro. Let’s have a closer look at the upcoming handset! 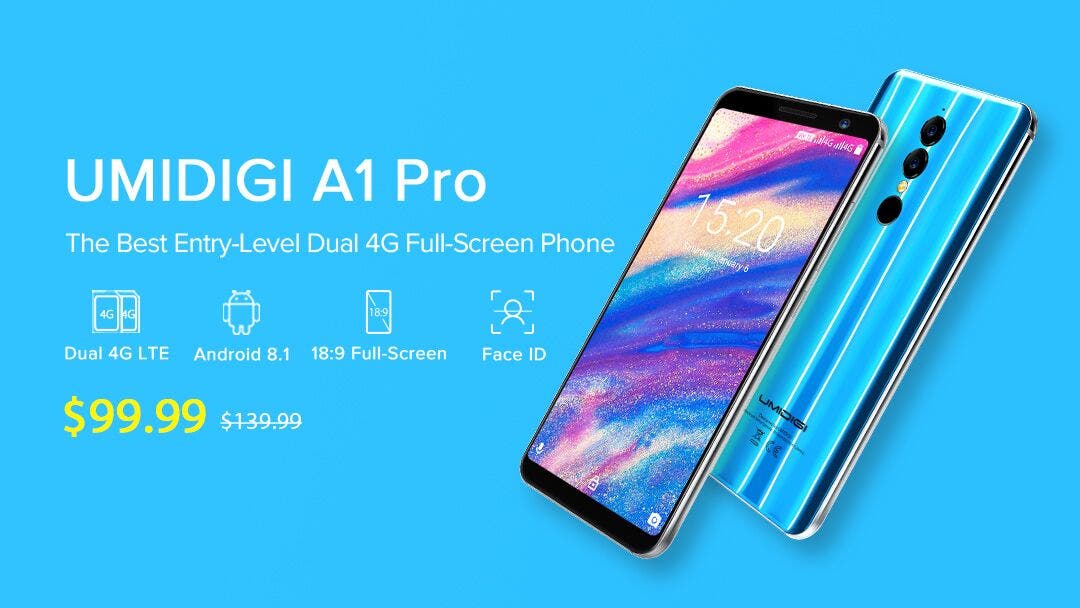 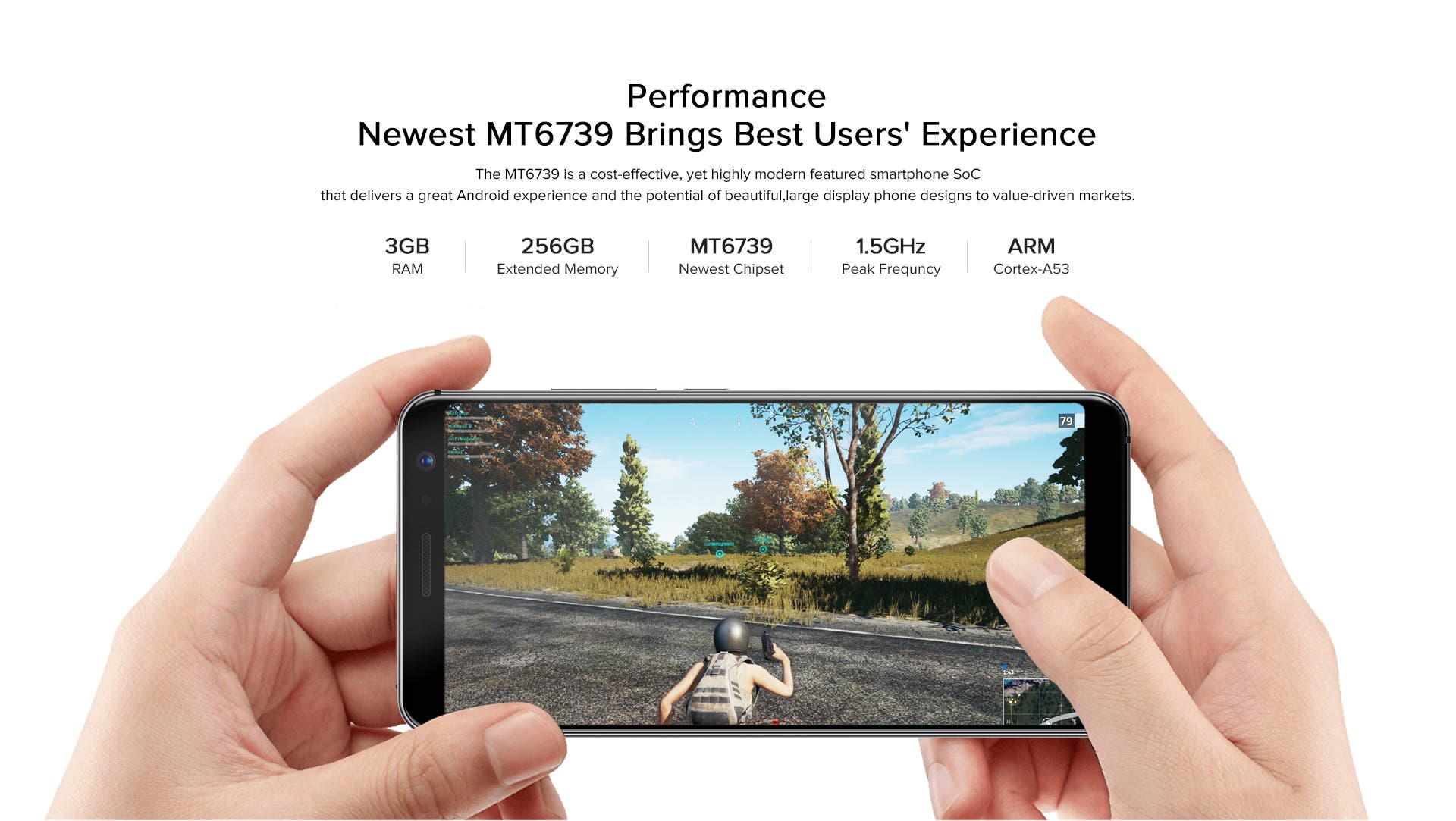 The UMIDIGI A1 Pro is powered by the latest MediaTek MT6739 processor along with 3GB of RAM and 16GB of internal storage. As far as the cameras are concerned, the handset packs a 13MP+5MP dual camera on the rear and a 5MP front shooter for selfies. The two rear shooters feature Samsung image sensors with an f/2.0 aperture, this camera setup should be able to snap some quite good photos with rich colors and lower noise. 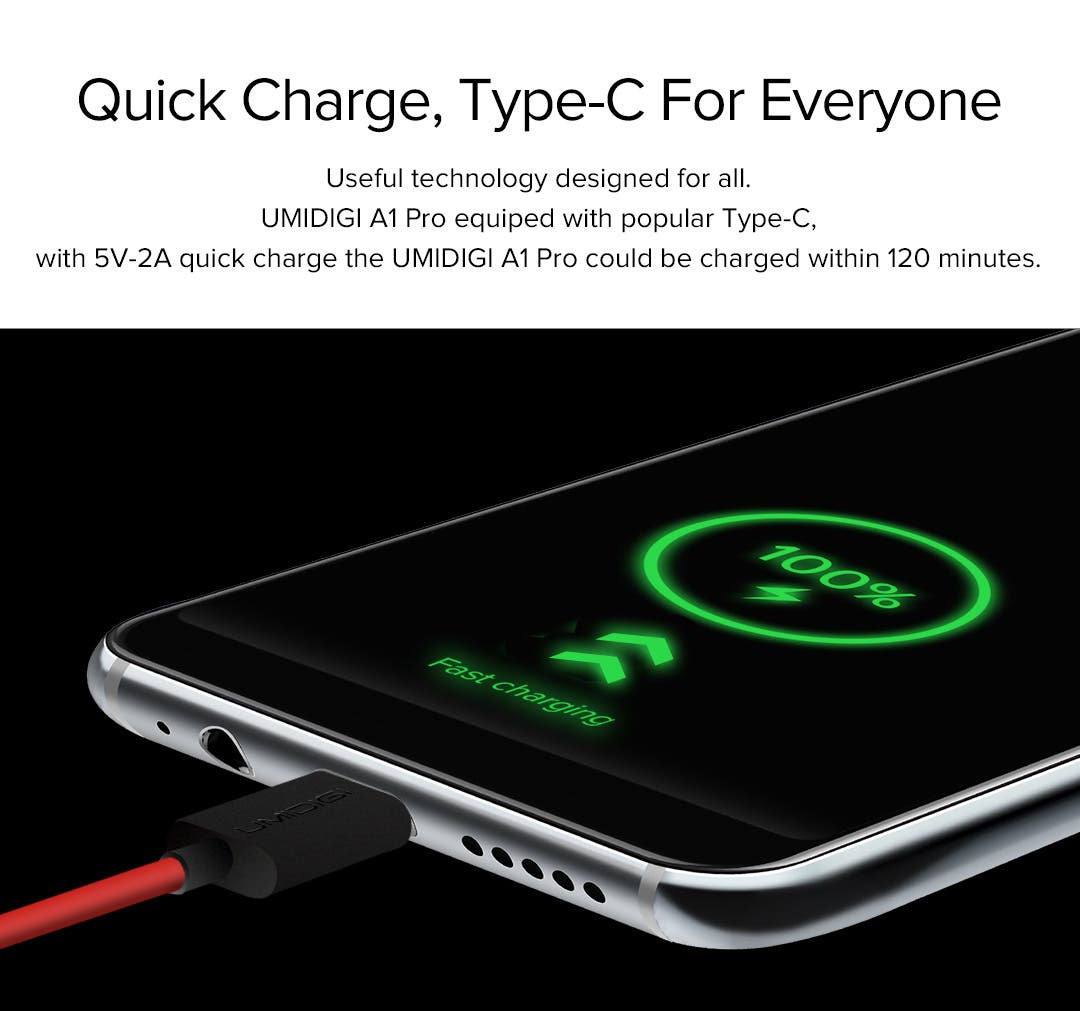 The UMIDIGI A1 Pro runs Android 8.1 Oreo out of the box and is fueled by a 3150mAh capacity battery that can be charged through the USB Type-C port at the bottom, at 5V2A speeds; the phone can be fully charged in less than 2 hours. 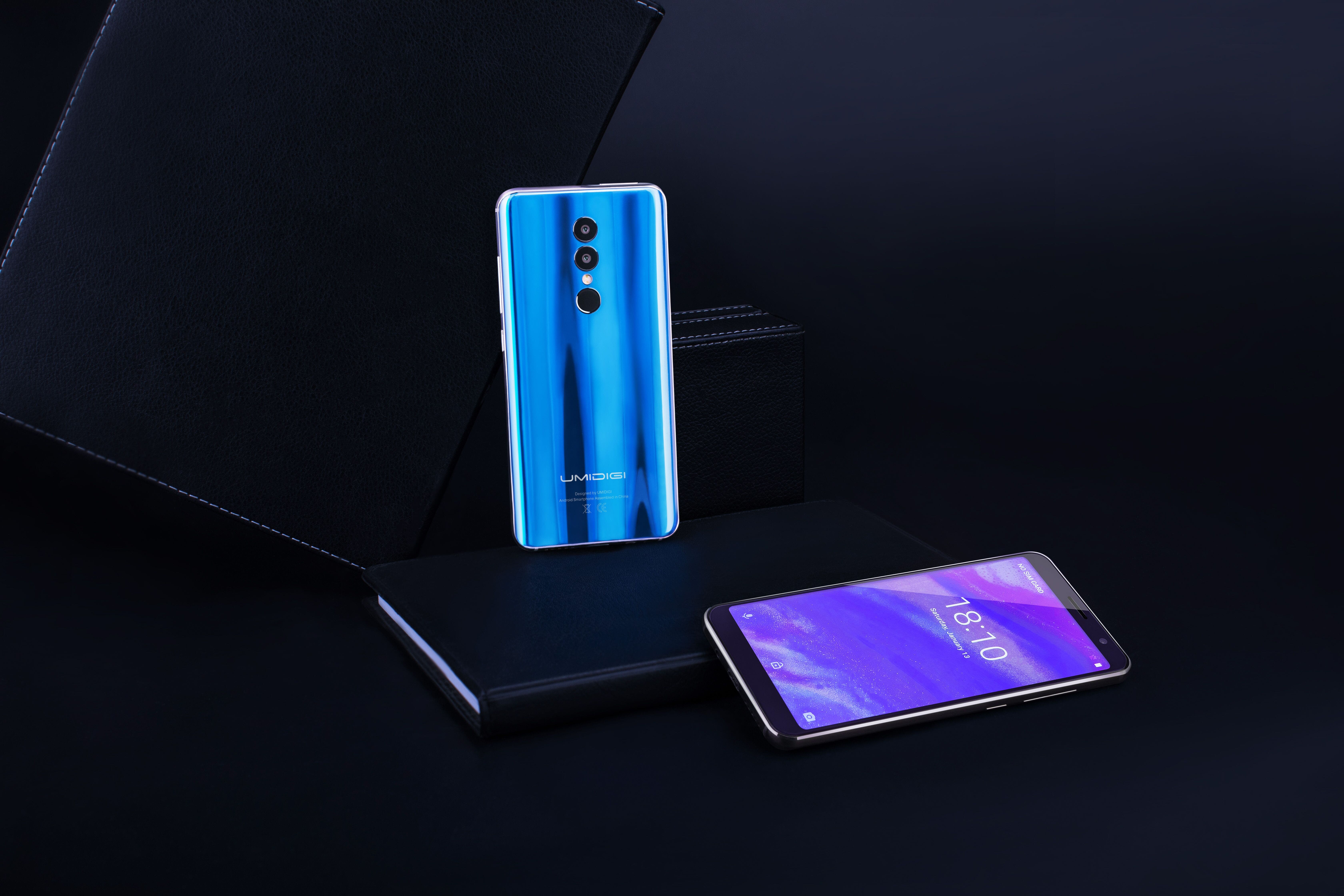 The UMIDIGI A1 Pro comes in three colors: Moonlight Silver, Icy Blue, and Pitch Dark. Global Presale subscriptions kick off today, during this period you can subscribe and save $40 (original price: $139.99, subscribed: $99.99).

We can really say that UMIDIGI brought a super interesting “entry-level smartphone” into the market. With features such as Dual 4G LTE and USB Type-C port that we usually see on pricier devices – heck, some of those still don’t (Xiaomi Redmi Note 5 anybody?) – for less than $100. Pre-orders will kick off on April 9th over at Banggood. 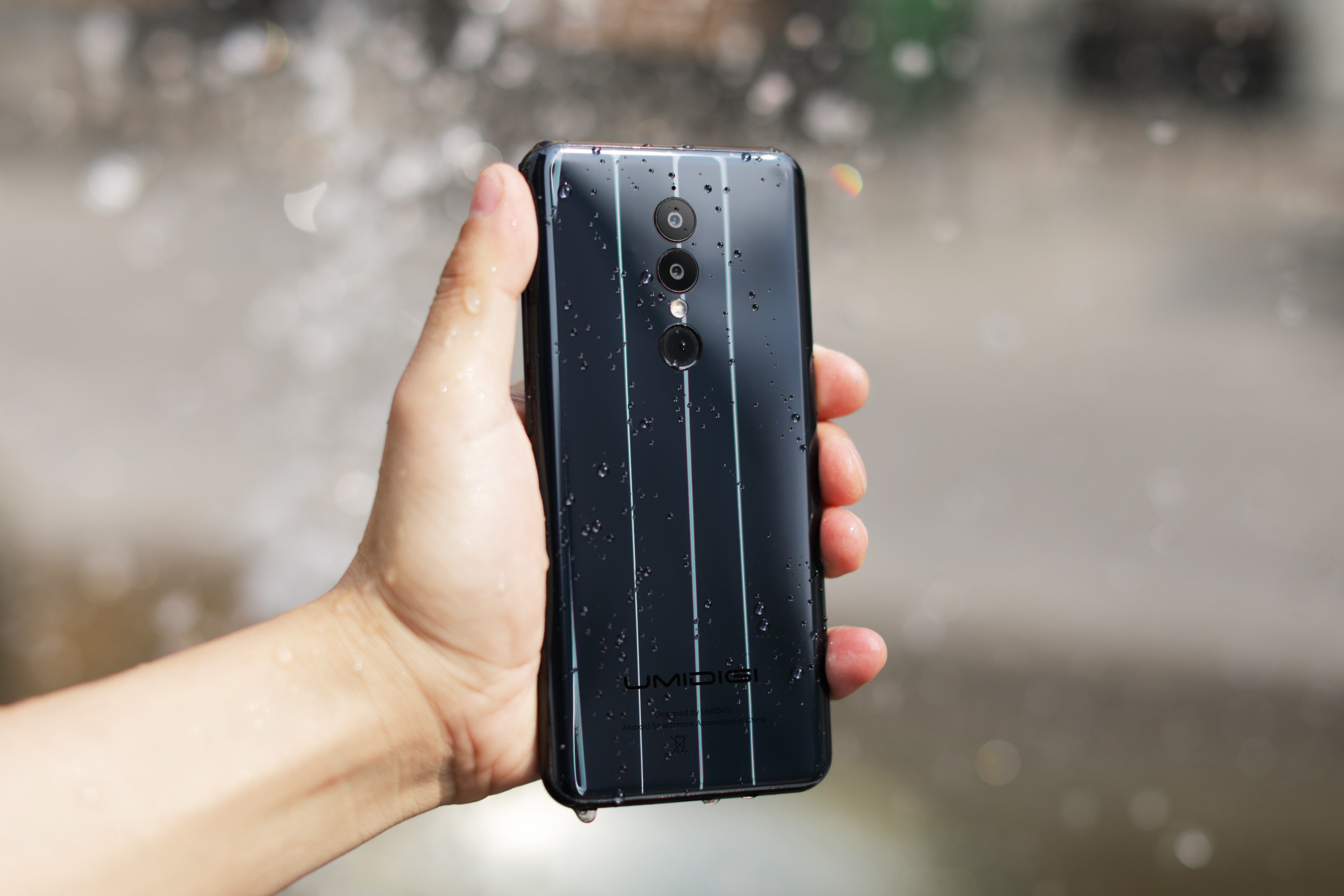 Next Sharp AQUOS S3 mini To Go On Sale Tomorrow