The HOMTOM HT70 was launched earlier this month with one of the biggest batteries in one of the thinnest bodies – at least as far as battery phones go. Because of that, the smartphone the smartphone has been selling like hot cakes since its release. If somehow the HT70 went under your radar, then stick around as we learn more about it, plus you get to save some money if interested! 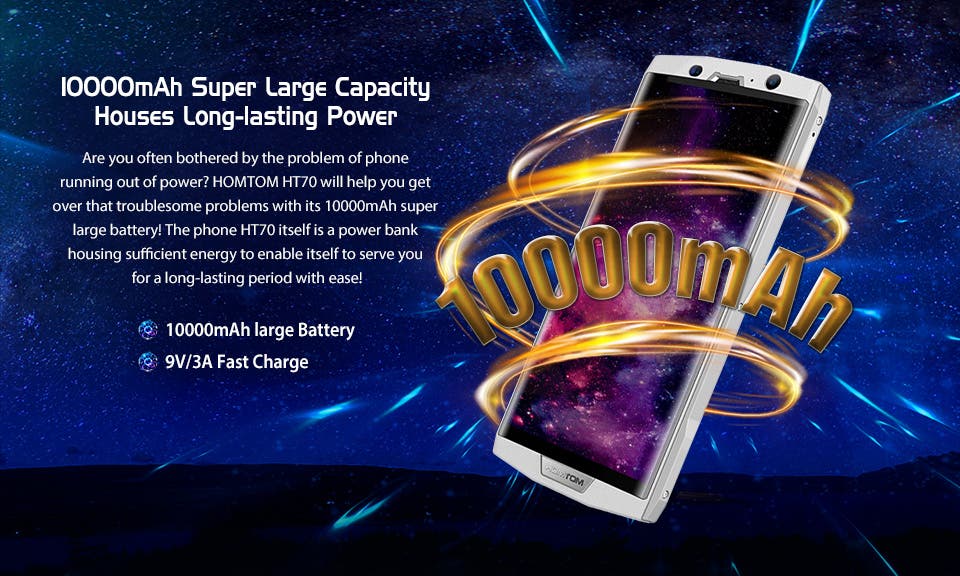 HOMTOM’s HT70 main selling feature is one and simple – its massive battery. The smartphone does indeed pack an extra large 10000mAh battery that should bring various days of autonomy. The HT70 is basically a power bank with a display and other phone components attached to it. Besides, the battery also supports quick charge at 9V/3A through the USB Type-C port, so charging it those few times won’t be a pain in the neck.

Other specs on the smartphone include a large 6-inch 18:9 display, 4GB of RAM, 64GB of storage and a dual rear camera setup composed of a 16MP+5MP combo.

Now, if you’re interested in getting an HOMTOM HT70, the smartphone will be available in a big sale for just $164.99 from April 2nd to April 8th. Plus, you can get an additional $10 discount if you use the coupon code provided in Gearbest’s event page. Click here to learn more about the phone or check out HOMTOM’s Facebook page for the latest.

Next Rumored: OnePlus to skip OnePlus 6 to OnePlus 7 or 8