After the release of a series of smartphones in March this year, April is set to welcome another set of amazing devices. First of all, the Smartisan Nut T3 will be released on the 9th of April followed by an April 11th release of Nubian Z18 mini. On the 12th of April will welcome Huawei P20 National Bank Edition while Xiaomi Black Shark gaming phone will arrive on the 13 of April. Sony and Meizu are other manufacturers which are expected to release devices this month. Xiaomi is warming up for the official release if its Black Shark gaming phone and today, we have the first real image of Xiaomi’s first gaming phone, Xiaomi Black Shark which is a huge investment by the company. Please note that the image which surfaced online earlier has been debunked by Black Shark’s CEO but this image sure looks real. Nevertheless, it has not been officially confirmed so it could still be fake. 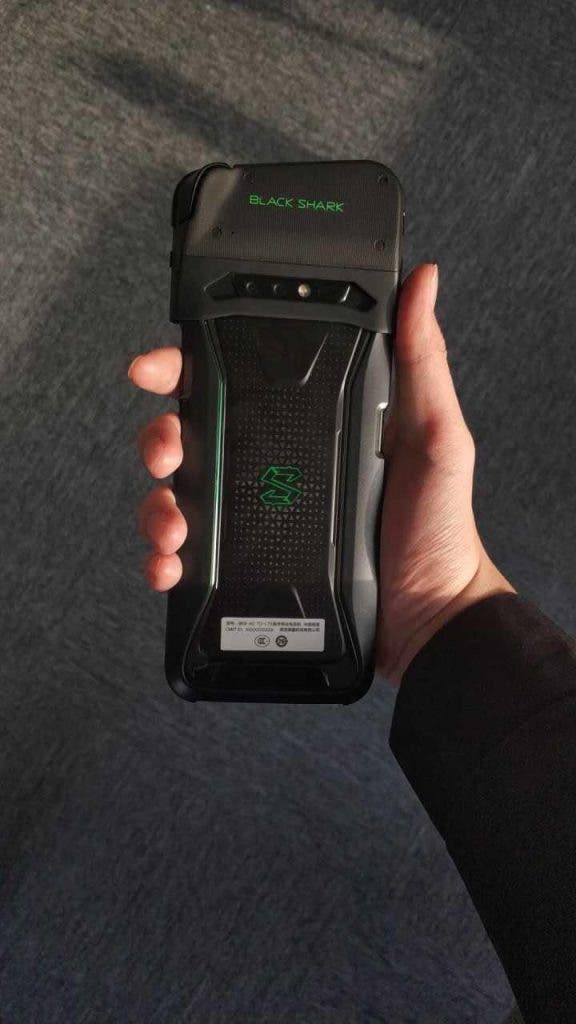 You can see the Black Shark LOGO engraved on the rear of this gaming phone. Also on the rear is a horizontally aligned dual rear camera which tilts towards the left while the LED flash is towards the right. The most eye-catching aspect of this image is the huge Bluetooth removable handle that wraps around the phone, not knowing what the actual gaming experience is. From previous rumors, the Xiaomi Black Shark gaming smartphone will be equipped with an 18:9 OLED full screen as well as a front fingerprint scanner. It will be powered by a Qualcomm Snapdragon 845 processor coupled with 6GB/8GB of RAM and 128GB/256GB of internal storage. It will run on Android Oreo and will support QC3.0 fast charge. As of now, we still don’t have an idea of the pricing of this device. Can you guess how much the Black Shark phone will sell for? Let us know in the comments below

Previous LEAGOO Power 5 will be supporting the 7.5W wireless charging