Everyone’s talking and speculating about what OnePlus 6 will have in store for us. With Carl Pei confirming that the OnePlus will have a notch to facilitate more screen real estate, there are now speculations surrounding what the other features of the 5th generation will be. A poster has leaked that puts the date of unveiling as 5th of May in China. 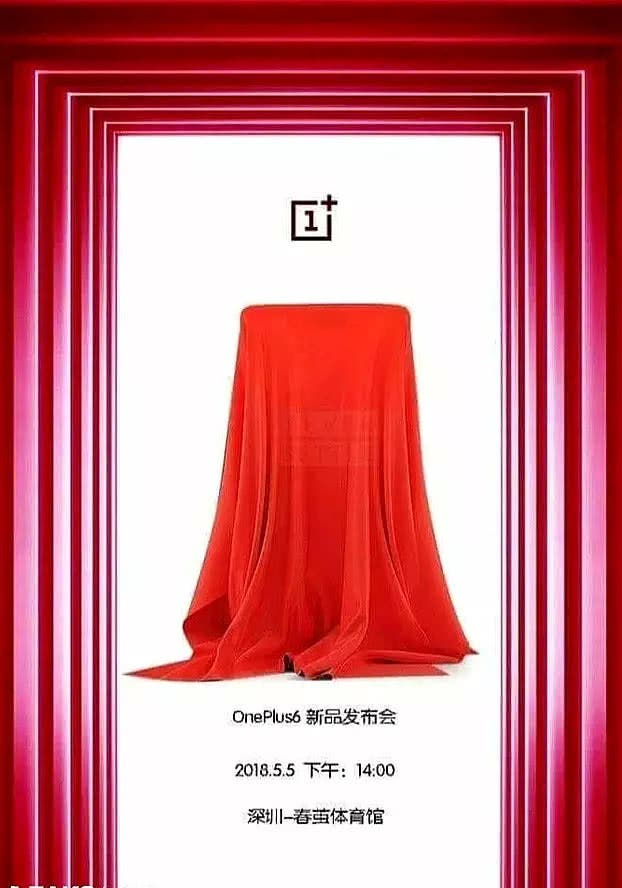 Before you get too excited about the poster, let me warn you, this is a leaked poster which looks rather sketchy and doesn’t really have anything great going for it. Since I have cleared that, let’s head on to what the poster has to say. At first glance, it is evident that the poster talks about the upcoming OnePlus flagship. It lists the date of unveiling as 5th of May, at 2 PM and the venue as Shenzhen.

Speculations are rife that OnePlus will launch the 6 in international waters first and then in its home country. There is reason to believe this since OnePlus has done this before. From what we know till now, the OnePlus 6 will have 3 variants, 6GB+64GB, 6GB+128GB, and 8GB+256GB. OnePlus has not given any word about the same, but if it’s true, this will be the first time a OnePlus smartphone will be unveiled in three variants.