One of the greatest desire of new smartphones is to run on a recent operating system. Earlier this year, Huawei Honor 7X was released with Android Nougat based EMUI 5.1 but the company gave an assurance that this smartphone will receive an Android Oreo-based EMUI 8.0 update in a few months. Now, latest report suggests that the EMUI update for the Honor 7X will be released in May. This was confirmed by Honor officials. Well, it appears that those that registered for the Beta will receive this stable version first and Huawei also created additional 20,000 slots for the first release of the stable build OTA. 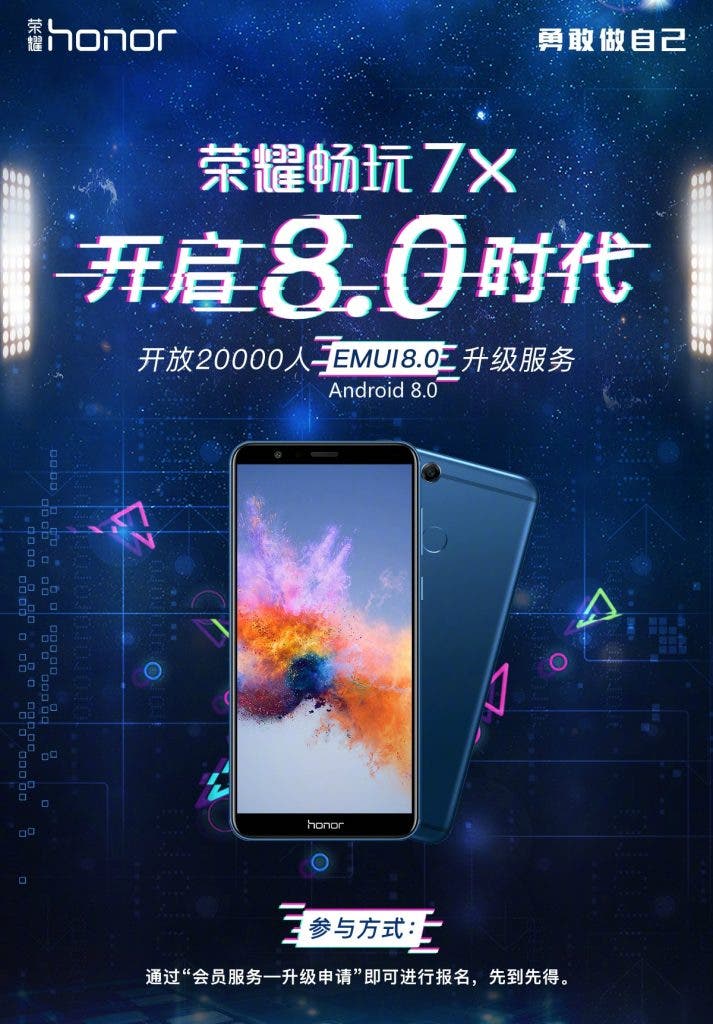 EMUI 8.0 is based on Android 8.0 depth customization. It is equipped with an AI intelligence engine and features intelligent behavior prediction, intelligent resource allocation, and user behavior learning. It can actively perform memory defragmentation, background memory compression, and other actions. The new file system ensures a lasting and smooth user experience. In addition, EMIUI 8.0 integrates the excellent features of Android 8.0 by extending the battery life of the phone in Doze mode, greatly reducing the power consumption of background applications without uninstalling the program or changing the user’s usage habits.

Since this is an OTA update, users will have to be patient because it will gradually arrive all units.