The competition in the smartphone/tablet manufacturing industry is heating up and many OEM’s are lining up surprises for their customers either with a new unbelievable gadget like Huawei has done or with a massive update. South Korean manufacturer, Samsung, may have such a huge surprise for us. Its four years old Galaxy Tab 4 was recently spotted on Wi-Fi Alliance (WFA) with Android 8.0 Oreo on board. This is weird because Samsung is not known for keeping old devices. 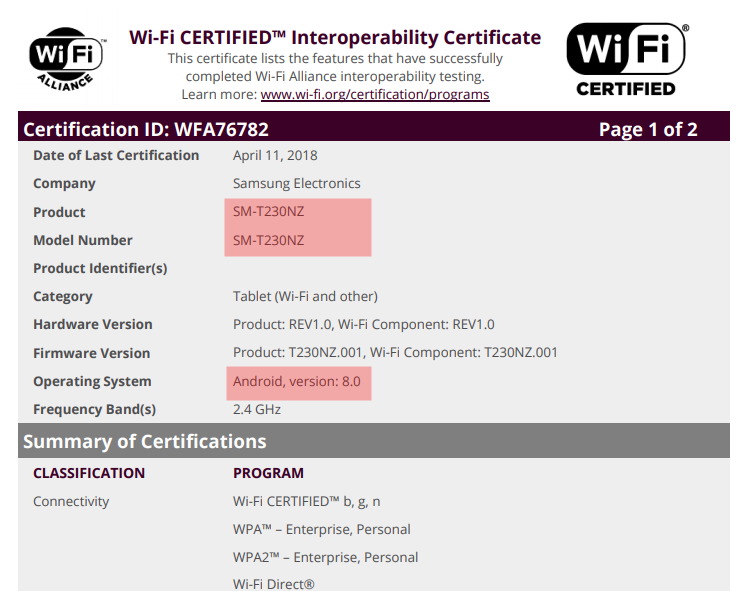 As of now, there is no exact time frame for the release of this software update to the Galaxy Tab 4 but it usually takes a couple of weeks to rollout after approval by WFA. This tablet was released in 2014 with Android KitKat on board and porting now to Android 8.0 Oreo is a really huge jump. A lot of things doesn’t seem right with this upgrade but we believe that Samsung has a game plan with this move. For a long time, Apple’s iPad has been the only tablet that makes a meaningful gain in the tablet market. Perhaps Samsung is trying to undo that.

However, we only have to wait for a few weeks (until May or June) to see exactly what this is.