Nokia X was the Finnish company’s first Android-powered smartphone that first saw the light of day in 2014 and never really took off. It’s not really a fond memory for Nokia. But it seems like Nokia is ready to bring it back. Digital signposts have been put up for advertising the Nokia X which is scheduled for a 27th of April unveiling.

The signpost showcases an X made out of two phones crossed against each other. This is the first time anything related to the X has been reported. No leaks, renders or reports have been spotted and that says a lot about the length Nokia and HMD Global went towards keeping it a secret. The recent doubling down of Apple on leakers has probably prompted other manufacturers to tighten their security too. 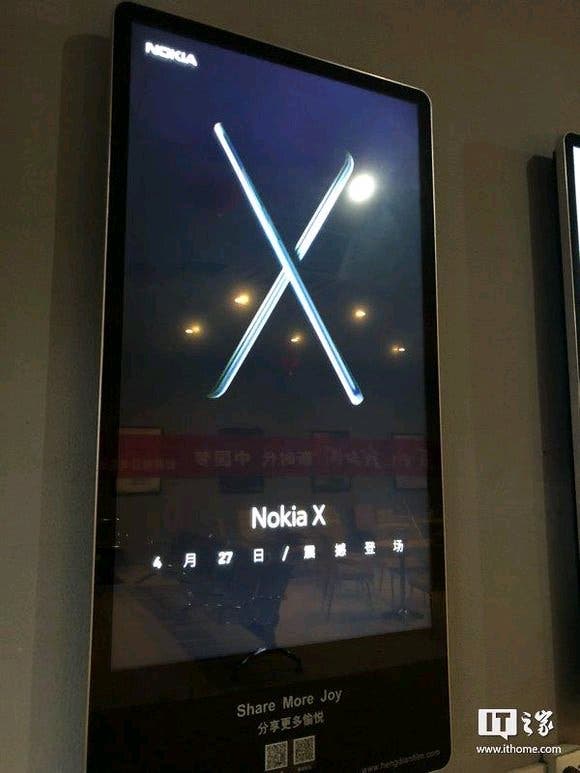 Nokia has made some great phones, but not the greatest smartphones. They saw a huge amount of downfall with their Lumia series although some of them were pretty good. But since HMD Global took over, Nokia’s Android-powered smartphones have turned out to be pretty good. Nokia has even gone ahead to partner with Google on the Android One program with even their latest Nokia 8 Sirrocco being a part of it. Earlier the Android One program was considered to be specifically for affordable to mid-range smartphones but Nokia broke the trend by getting their flagship on the program. Will this phone be called Nokia X or Nokia 10 and will it be a part of Android One too? We’ll find out soon on the 27th.