Along with thousands of other Chinese companies, CUBOT is also attending the Global Sources Fair currently taking place at the Asia world Expo in Hong Kong. At such event, they brought a flagship that is turning people’s eyes, the Cubot Power with its Mediatek Helio P23, 6000mAh battery, 6GB of RAM and 128GB of internal storage.

Here is a short video recapping what Cubot Cubot brought to the show:

At the expo, there was a Cubot Power in a blue color variant, but the smartphone will also be available in Black, we can check it out in the photos below:

Cubot tested the Power on AnTuTu and achieved a score of 93000: 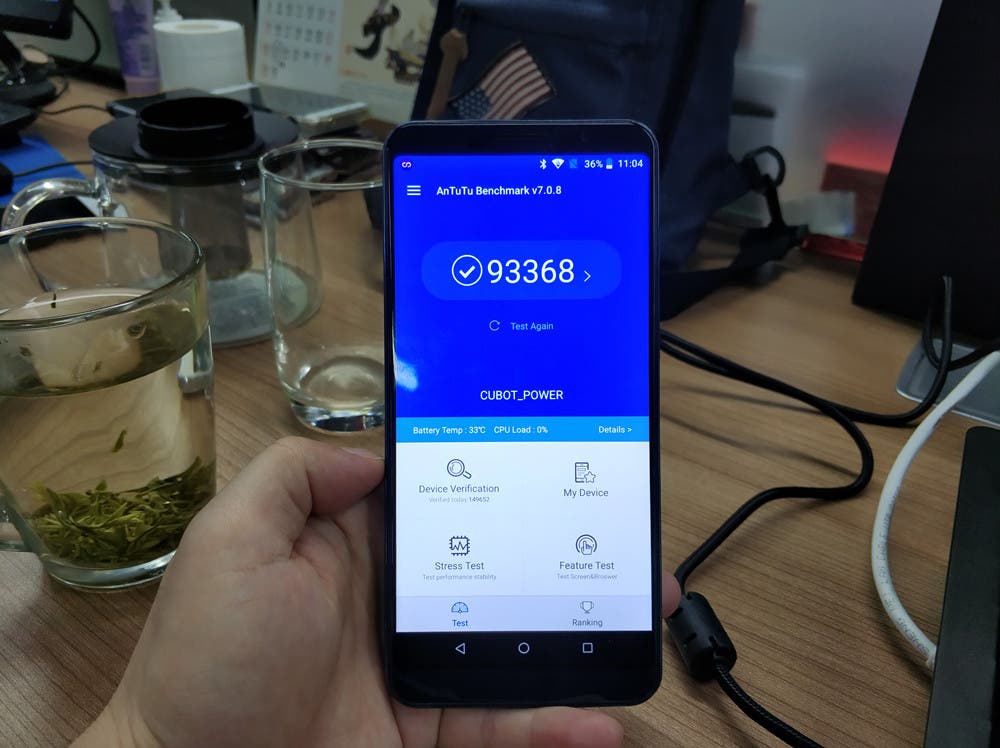 The Cubot Power is expected to be available in May. Cubot say that they’re ready to provide their handset to various new outlets for review, so we’re eagerly waiting for our device to show and review it for you.

Learn more about the Cubot Power on the company’s official website. You can find other Cubot phones on sale at Gearbest’s.