After Apple’s iPhone X came out featuring wireless charging, all Chinese phone makers seem to have finally realized this technology exists and people would love to have it on their phones, even budget phones. That is why growing phone makers like Leagoo and AllCall are now implementing the tech on their upcoming phones. 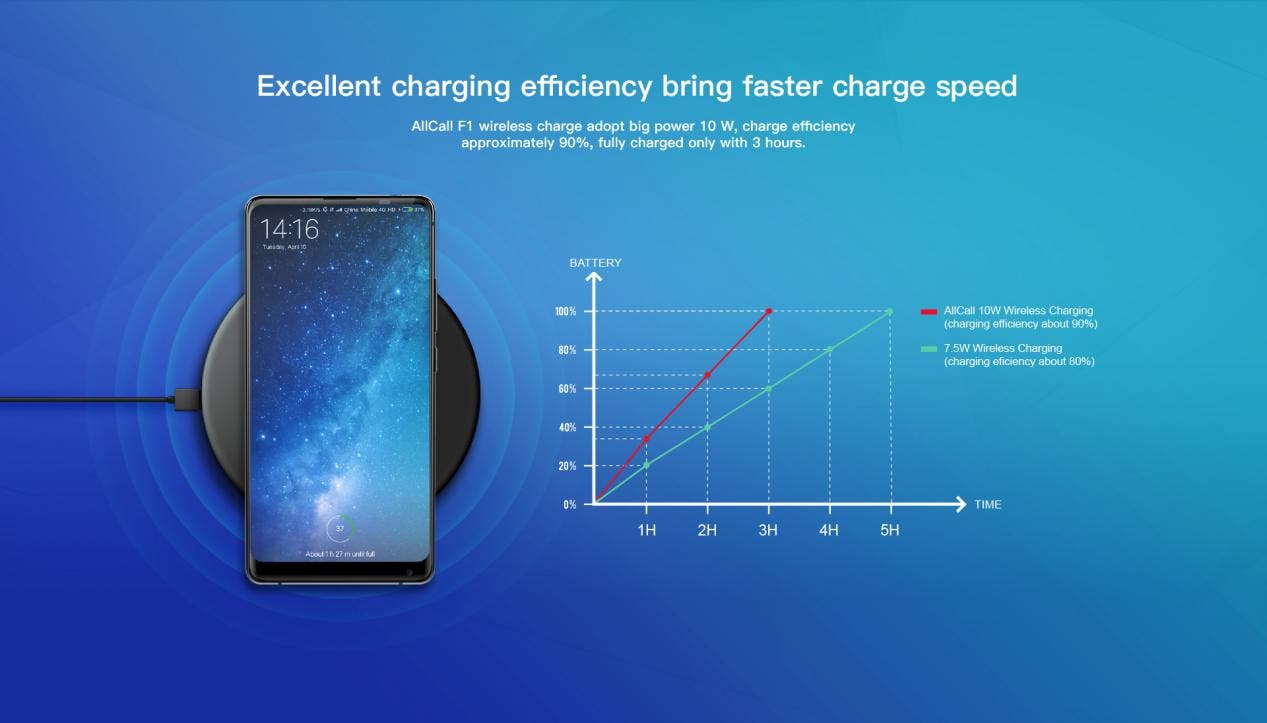 If you’ve read our past coverage, you’ll probably know by now that the next AllCall MIX2 will be featuring 10W fast wireless charging, plus the company also announced their home-made AllCall F1 wireless charger to go along with it. Leagoo did something similar recently with their Leagoo Power 5 which instead features 7.5W wireless charging.

Since the two models feature the same tech, let’s quickly compare the two. Beginning with the AllCall MIX2, the company states that their phone will support 10W charging at 5V/2A with a charging efficiency of around 90%. Meanwhile the Leagoo Power 5 with its 7.5W will probably work at 5V/1.5A and have a power efficiency of 80%. Other than better efficiency, the wireless charging on the MIX 2 should be 1.5 times faster, at least on paper, compared to the one on the Power 5, which is somewhat an important detail considering how precious time is nowadays.

The AllCall MIX2 is set to launch very soon with the official AllCall F1 wireless charger. Keep an eye on the official website to know when presales kick off and save some extra bucks. You can also win a free AllCall Mix2 and Allcall F1 in the giveaway they’re running.