According to previous rumors/leaks, TCL owned blackberry is definitely working on a new Blackberry with the code name Blackberry Athena, a device that is said to bring back the company’s old and elegant QWERTY style physical keyboard that was last seen with the Blackberry KeyOne. While there have been murmurs the device might come as successor to the BlackBerry KEYone, the official name of the device hasn’t been revealed until now.

Now, courtesy of a new leak from Weibo, it appears rumors were right on the money as a Weibo user named @TimEason has revealed that the BlackBerry Athena which recently received TENAA’s nodding will launch as the BlackBerry KEY². 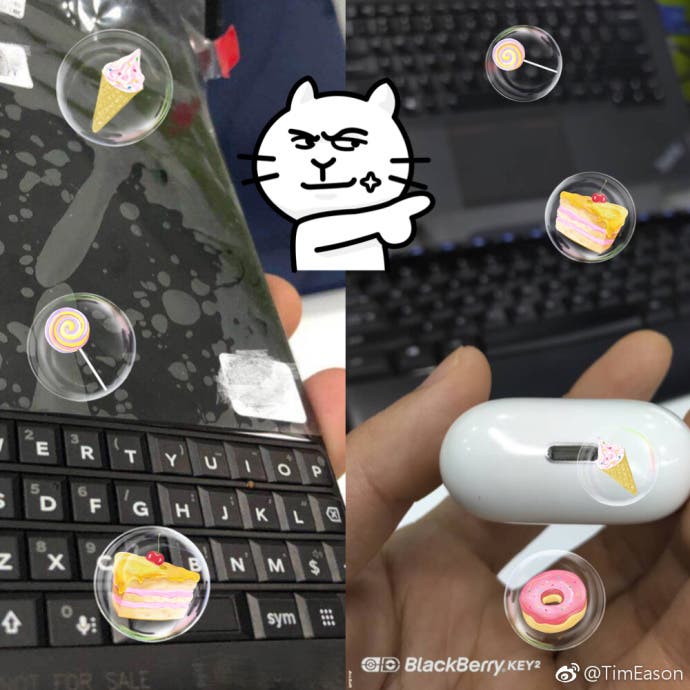 Unfortunately, apart from only confirming the BlackBerry KEY² moniker, @TimEason did not go into any details about the device. However, a recent listing of the device on TENAA reveals that the company seems to have made some minute changes to the design, first is the device will be sporting a dual camera setup, paired with dual-LED flash – the first in any BlackBerry devices. And while the Keyboard has also been given a slight touch, the Blackberry Athena as per the images will sadly have all the controls – including the volume rocker, convenience key, and power button on the same side.

As per TENAA’s listing, the BlackBerry KEY² is expected to come with a 4.5-inch display that will be offering FHD resolution, while it will be powered by the Octa-core Qualcomm Snapdragon 660 processor coupled with 6GB of RAM and 64GB of storage.

When and where the KEY² will be made official still remains unknown, but we expect that to happen soon. Stay tuned to GizChina for more details!

Next T-Mobile and Sprint are now just one US carrier, just needing regulatory approval