Earlier this month, some alleged renders leaked by Slashleaks revealed that TCL-owned Blackberry could be preparing a Blackberry Smartphone with a physical keyboard, so that gave us a pretty good idea of what to expect from the device in terms of designs.

The images provided confirm that the device might bring the company’s old and elegant QWERTY style physical keyboard that was last seen with the Blackberry KeyOne, and that alone suggests the device might be launched as the KeyOne successor.

There appear to be some minute changes made to the design, first is the device will be sporting a dual camera setup, paired with dual-LED flash – the first in any BlackBerry devices. And while the Keyboard has also been given a slight touch, the Blackberry Athena as per the images will sadly have all the controls – including the volume rocker, convenience key, and power button on the same side. 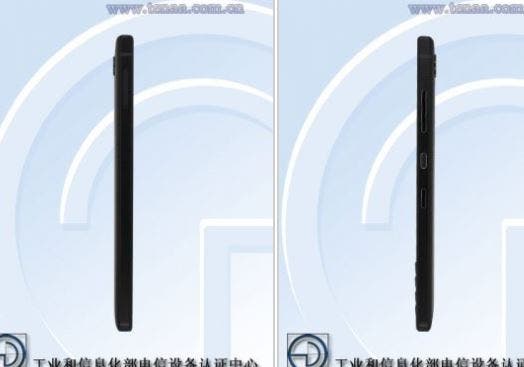 With a dimension of 151.4 × 71.8 × 8.5mm and weight of 168g, the Blackberry Athena according to TENAA features the same display as the Blackberry KeyOne – a 4.5in 1620×1080 display with the retro keys below it and under the hood you’ll find the Octa-core Qualcomm Snapdragon 660 processor coupled with 6GB of RAM and 64GB of storage. It will come with a 3,360mAh battery and that explains why it appears thinner and lighter compared to the Blackberry KeyOne. The BlackBerry Athena will be the first Blackberry device to feature a dual camera setup, and for that, the device will come fitted with a 12MP dual rear + 8MP  rear camera.

The device will run Android 8.1 Oreo out of the box and should become official soon.