In recent times, there has been a lot of speculations that Chinese manufacturing giant, Xiaomi, will apply to be listed on the Hong Kong stock exchange before the end of the year. Now, according to the Hong Kong Media and Economics Daily, Xiaomi has indeed submitted a listing application on May 2 and it will be available on or before the end of June. This means that the company will start offering shares as early as July. Xiaomi is expected to raise at least US$10 billion in funds and become the largest new share of this year’s fundraising. The company’s latest IPO is not known but speculations peg it at $70 billion. Nevertheless, after the completion of the IPO, Xiaomi’s market value will reach US$90-110 billion which is a huge jump from its previous official value of $45 billion as at three years ago. 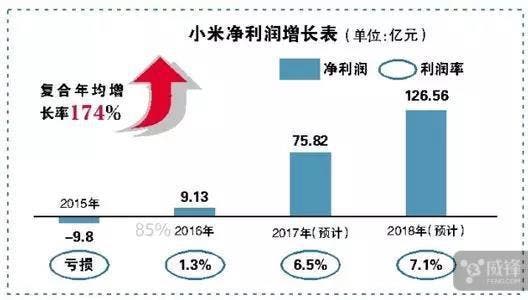 If Xiaomi truly hit this figure, its market value will surpass the likes of Baidu ($87.9 billion), Jingdong ($53.4 billion), Netease ($34.2 billion) and other giants to become the third largest stock in China, second only to Alibaba ($460 billion) and Tencent ($476.2 billion).

Xiaomi is not a “full-time” hardware company but its hardware business growth is still very large because it has the world’s largest Internet of Things (IoT) hardware platform which has more than 85 million connected devices and over 10 million live devices. Nevertheless, its software (Internet) business is the main driving force for Xiaomi’s growth. In 2016, hardware revenue accounted for 79% of Xiaomi’s total profit (total revenue of US$17.6 billion). This figure reached 68.3% in 2017. Xiaomi’s internet revenue will exceed its hardware value and the total revenue will exceed $38.2 billion which is more than double the number in 2016.

Next Nokia To Sell Off Its Digital Health Business