By now, it is no more secret that Lenovo is cooking a new Android flagship that might soon get released. The company’s Group VP Chang Cheng, a few hours ago hinted that the company is working on releasing a smartphone ( alleged to be the Lenovo Z5) which goes beyond the now trending aspect ratio.

While all we got from the previous teaser is a tiny glimpse at the corner of the device, Group VP Chang Cheng has now given detailed information on what the device been teased could be. A fresh teaser post released by Group VP Chang Cheng reveals more of the design as well as the name of the upcoming device. According to Group VP Chang Cheng, its company might be unveiling the Lenovo Z5 with such amazing screen-to-body ratio of more than 95 percent.

Corroborating the previous teasers, the latest teaser reveals an image whose screen span throughout the display with no traceable notch, top, and bottom bezels. The device could be made entirely of full metal chassis, as it is seen with antenna bands running from left to right.

Aside from minimizing the space taken by camera, bezels and antenna bands, Cheng in his latest Weibo teaser claims the Lenovo Z5 has been subjected to four technological breakthroughs and 18 patented technologies. Based on this claims, the device might just be Lenovo’s first to feature the under-display fingerprint scanner, in-screen earpiece as well as a flip-up selfie camera. 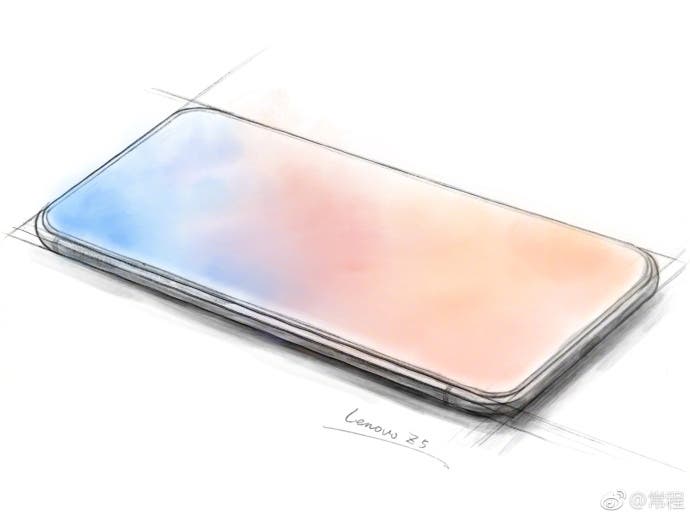 Any other details are not available at the moment, so we might have to wait until Cheng or any other certification body is ready to give out more details about the upcoming Lenovo Z5.