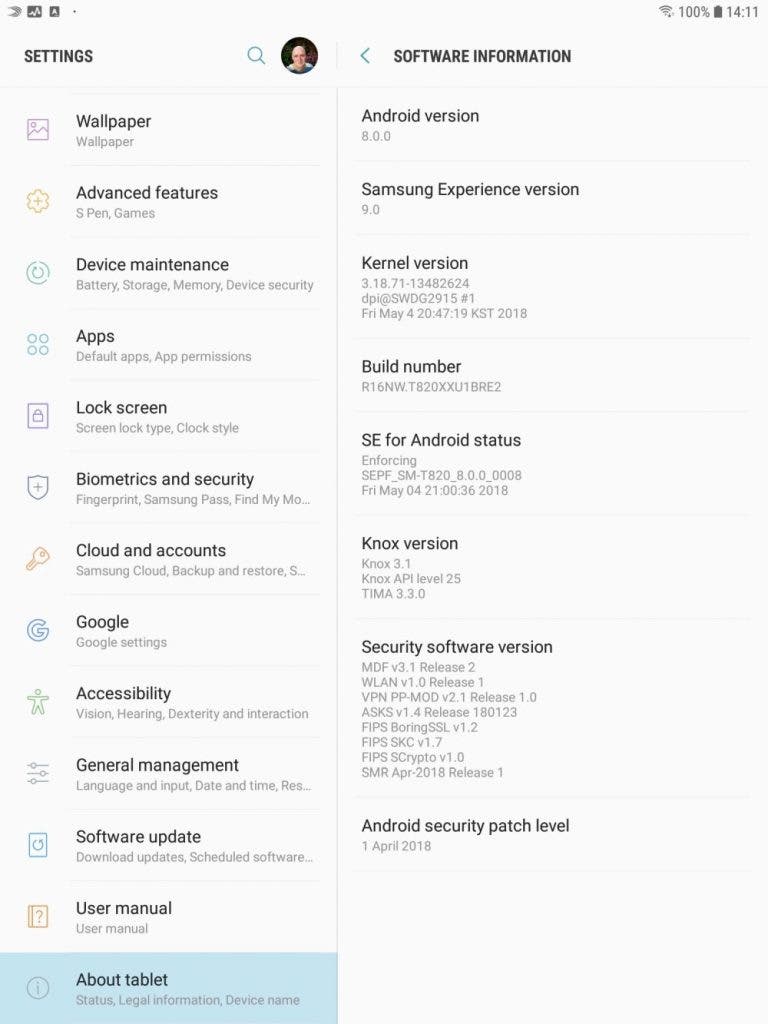 This update comes with build number T820XXU1BRE2 and it brings all the benefits of the standard Oreo update. Also included in this update is the April security patch, Samsung Experience 9.0 and Dolby Atmos support. This is an OTA update thus, as usual, it may take a few days to pop up on your device. You can also check Settings > System Update to download it manually.

From the screenshots we have, the size of this update is not included but Oreo update is usually from 1GB to 1.5GB large. We have seen cases with some Chinese OEMs where the Oreo update was as large as 2.4GB. So you will need enough storage space and data to perform this function. There is no fixed date for the release of this update to other regions, but that shouldn’t take long.